(Minghui.org) Four residents of Beijing were tried for practicing Falun Gong on September 22, 2020. The hearing lasted from 9 a.m. to 2 p.m.

The court date was originally set for August 12, 2020, but was later postponed to September after one of the practitioners, Mr. Yan Yong, had a fever.

The four practitioners, including Ms. Li Shuang, 29, Ms. Liu Chunai, Mr. Yan and his wife Ms. Yue Liyong, were arrested on August 11, 2019. The police had been monitoring Ms. Liu for some time before making the arrests. They first arrested Ms. Li, after finding that she had visited Ms. Liu earlier that day. The police then arrested Ms. Liu and the owners of the company Ms. Li worked at, Mr. Yan and Ms. Yue.

The four practitioners have been held at Xicheng District Detention Center since and denied families visits.

Ms. Li Shuang’s Father and Relative Arrested for Seeking Justice for Her 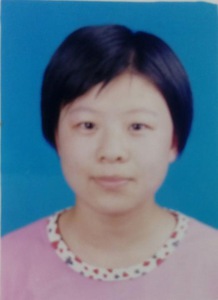 The police ransacked Ms. Li’s residence in Beijing on August 12 without providing a list of confiscated items. On August 22, when one of her relatives went to the Fuchengmenwai Police Station, which is responsible for Ms. Li’s arrest, to demand the return of the confiscated items, the police said that they could only return the items to Ms. Li’s immediate family members.

Ms. Li’s father, Mr. Li Guolin, went with that relative on August 26 to the police station, only to be arrested themselves. Although the relative was released around 9 p.m. after 12 hours of detention, Mr. Li remained in custody. When his wife called the police station and demanded his release in the evening, the officer who answered the phone said to her, “Let him go home? Why don’t you come to take him home? Where are you? Are you at home?”

On the next morning, the police in Laishui County, Hebei Province, where Mr. Li and his wife reside, broke into their home and ransacked it. They attempted to snatch a cellphone from Mr. Li’s wife, but she didn’t cooperate. The police also asked for the address of their other residence. When she refused to tell them, the officer said, “We will find out even if you don’t tell me.”

Mr. Li’s wife later called the police station and asked about her husband’s situation, but the officer who picked up the phone said, “I don’t know.”

Mr. Li was released on bail in late September. Upon finding out that he also practices Falun Gong, the police forced him to write a statement to renounce it.