The Netherlands: “We Respect and Appreciate You!”

(Minghui.org) Falun Gong practitioners from Utrecht, the fourth largest city in the Netherlands, recently conducted a signature drive, calling for an end to the persecution of Falun Gong in China.

“We really respect and appreciate you! You have faith,” said Mr. Voudouris, a Greek Dutch citizen of Utrecht who often talks to practitioners.

Activities opposing the persecution of Falun Gong resumed in May, after the lockdown due to the coronavirus pandemic ended in the Netherlands. Since then, Falun Gong practitioners have organized regular information day events and signature drives in Amsterdam, Rotterdam, Den Haag, and Utrecht. 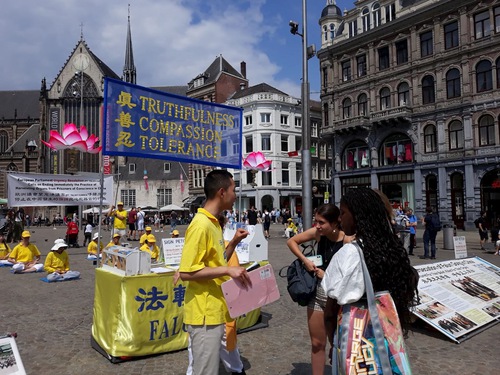 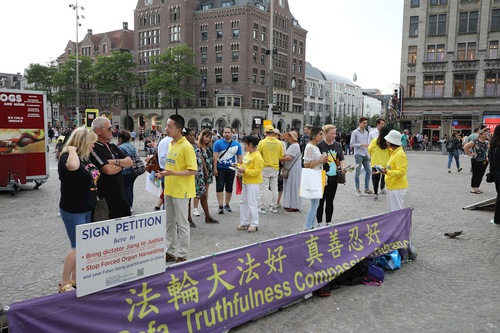 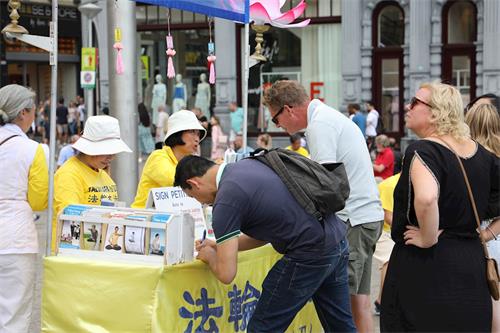 A Falun Gong information booth was set up at Dam Square Amsterdam every day for the past three years. From 1 p.m. to 6 p.m., practitioners introduced the exercises and the persecution to tourists, who have visited from throughout the world. People can also sign a petition to stop forced organ harvesting from living Falun Gong practitioners in China. As a form of appreciation for their support, people receive a small paper lotus flower with information about Falun Dafa. 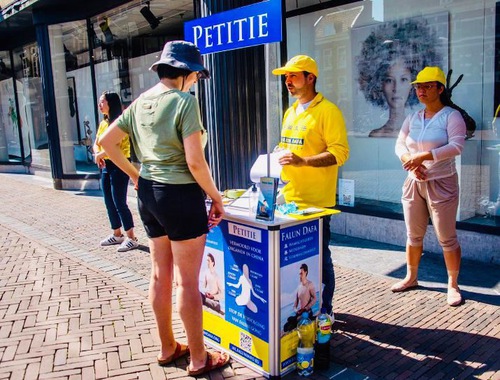 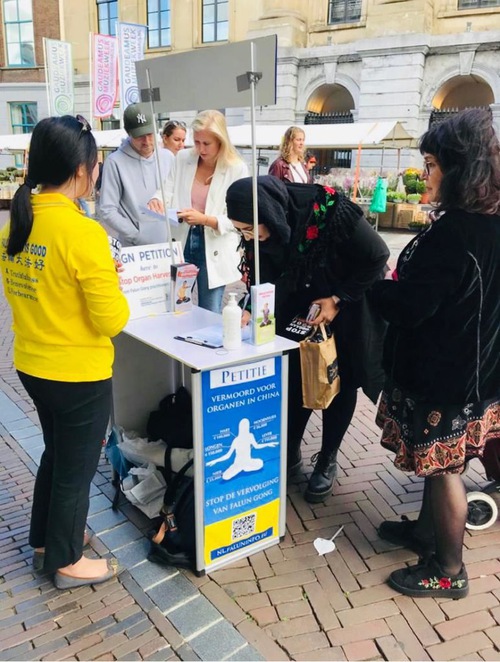 Local resident Mr. Voudouris was deeply touched from talking to the practitioners and was upset at the cruelty of the persecution. He often comes to the information desk to talk with practitioners. Wanting to help, he mailed a flier in Greek to newspapers in Greece and a newspaper in Cyprus.

After he collected more materials, he wrote an article and mailed it to organizations and universities.

After learning that the Chinese Communist Party forcibly takes organs from living Falun Gong practitioners, Ms. Floor was in tears. “They are so cruel!” She said as she was signing a petition calling for an end to the organ harvesting crime.

Anne said that she couldn’t imagine how a government would harvest organs from living people in a modern society. She said, “It’s like what the Nazis did. We can’t trust such a government and I want to tell more people.”

Frank added, “I can’t imagine how they can do this! Harvesting organs from living people and selling them? Too evil and too corrupt.” 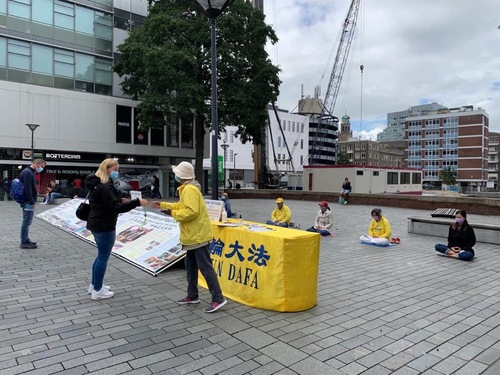 Rotterdam is the second-largest city in the Netherlands and the largest harbor in Europe. Every Saturday, practitioners set up an information table at the city center.

Den Haag is the capital, political center, and the third-largest city in the Netherlands. The royal family, central government, the Parliament, embassies, and the International Court are all here. Practitioners come here to distribute brochures every Sunday, give an exercise demonstration, and hold a signature drive.