They set up an information booth on the small plaza at the entrance to the scenic walk on this sunny day. Tourists could see a banner from afar that asked them to “Please sign our petition to protest forced organ harvesting in China.” 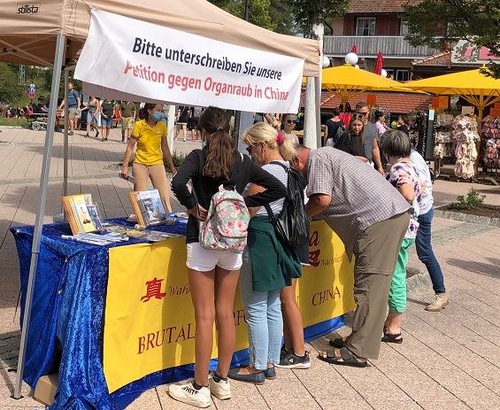 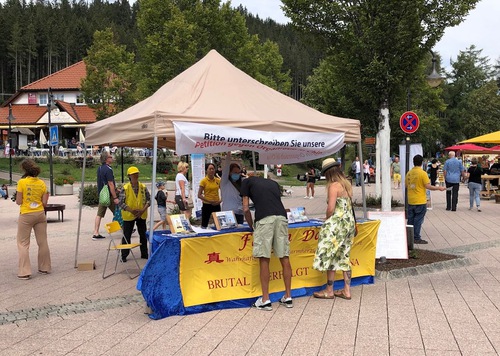 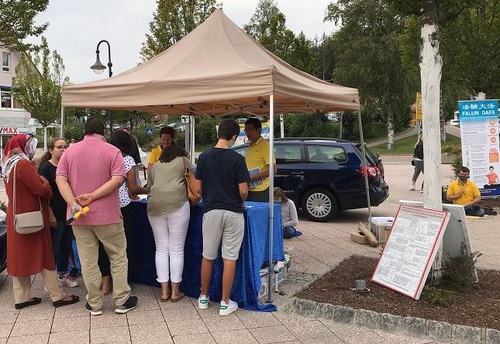 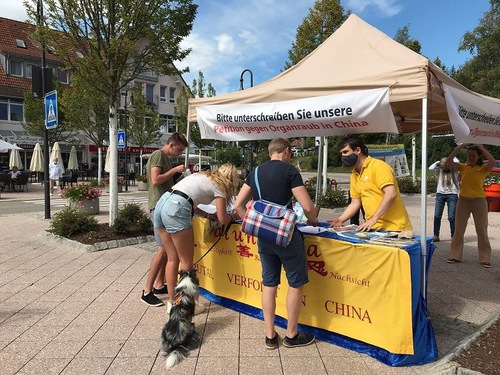 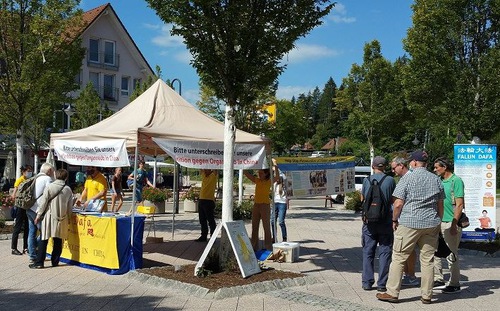 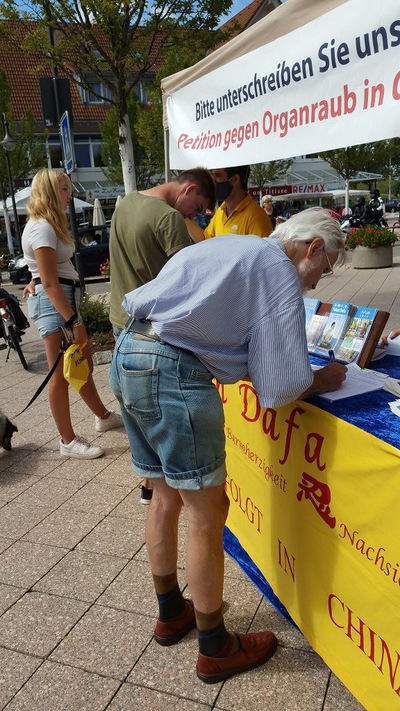 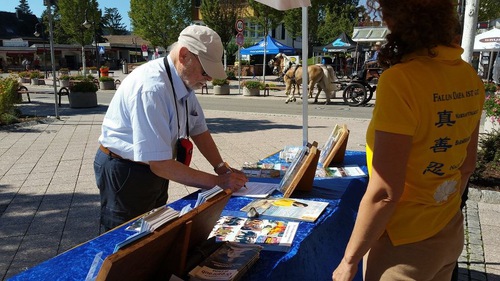 Telling Tourists about the Persecution in China

Dr. Vogt, a German physician who signed the petition to protest forced organ harvesting in China, said he could easily understand what is happening in China. “We live in a world both beautiful and awful,” he said.

Two young French women stopped to sign the petition as they were leaving. One of them said she was against every type of persecution, including organ harvesting. “Thank you for doing this!” she added.

Peter, a German tourist, chatted with a practitioner for a long time. He had read a book about Mao Zedong and knew the Chinese Communist Party (CCP) was responsible for untold numbers of evil deeds. He also mentioned the genocide committed by the Cambodian Communist Party and the recent situation in Hong Kong. He asked for more fliers so that he could share them with his acquaintances.

Chinese and Others Learn the Truth

Due to the Wuhan virus pandemic, the often-seen groups of tourists from China have disappeared. A lady from Taiwan, who smiled in greeting, said that there are many Falun Gong practitioners in Taiwan, and they often hold activities.

A lady from Hong Kong who now lives in Germany said she has been watching the situation in Hong Kong closely. She said the CCP suppression of freedom in Hong Kong is showing the world the truth about a totalitarian government. She said that she can understand how unfortunate the people in mainland China are.

A practitioner talked with a young couple originally from China for a long time and cleared up their doubts about the practice. The couple agreed to withdraw from the CCP and all its youth organizations.

While the practitioners were closing up and about to leave in the evening, a group of tourists from Turkey stopped them. It turned out that they had taken fliers. They had read the fliers and wanted to sign the petition.

“Seen Through My Third Eye at Our Practice Site”