(Minghui.org) Falun Gong practitioners introduced their traditional cultivation practice to people at Vadianplatz in St. Gallen, Switzerland, on July 24, 2020, and talked to people about the Chinese Communist Party’s (CCP) persecution of Falun Gong in China. Many people signed a petition calling for an end to the 21-year-long persecution. 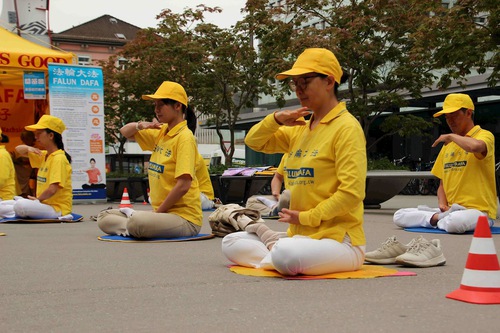 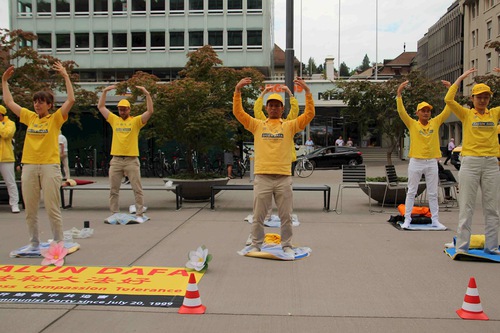 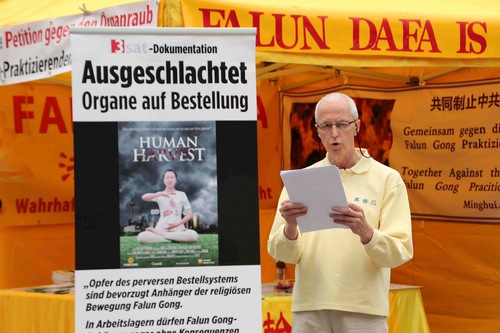 A practitioner reads a speech about the CCP’s 21-year-long campaign of persecution against innocent practitioners. 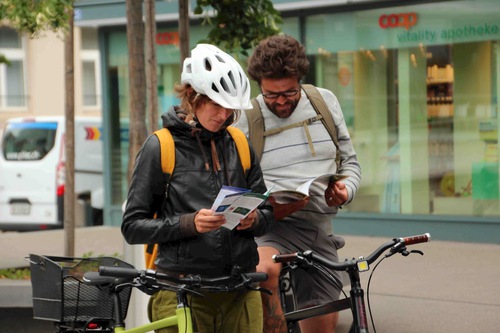 A woman named Elisabeth told a practitioner that she would like to sign the petition. She had traveled in China last year for three weeks. “I felt I was being watched when I was alone in my hotel. Every place was under surveillance in China,” she recalled.

Elisabeth was so saddened to hear about the organ harvesting atrocities in China that she couldn’t talk about it without tearing up. She said she wished the Chinese people could have their freedom of belief, speech and assembly. She expressed admiration for practitioners’ courage to continue working on this cause for all these years.

Stefan, who works in a local hospital, signed the petition and said he knew that people on waiting lists for organs usually have to wait a long time. He wanted to learn more about the CCP’s atrocities of harvesting organs from living practitioners. He commended practitioners for their efforts to expose and end the persecution and said he hoped that their activities could garner attention from the whole world.

Several people said they would like to help spread the word and encourage more people to sign the petition. 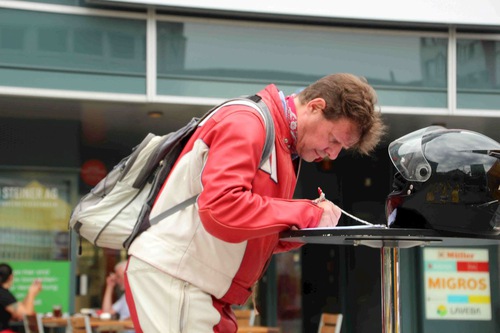 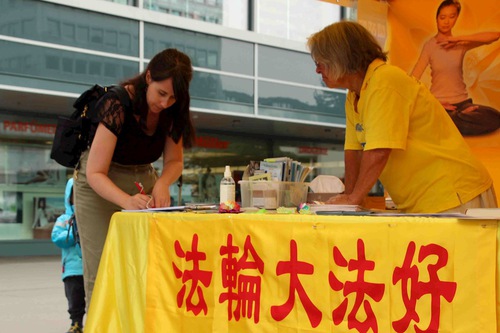 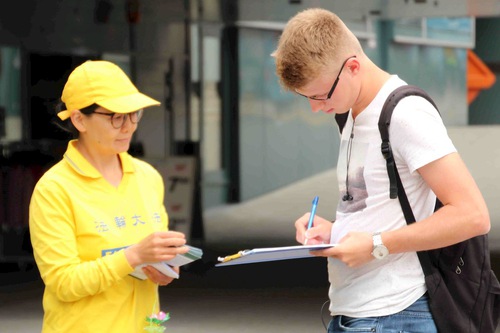 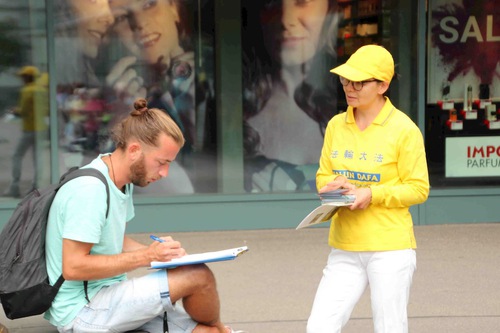 People in St. Gallen sign the petition against the CCP's forced organ harvesting of prisoners of conscience.

Another woman was happy to see Falun Gong practitioners. She said she had wanted to learn Falun Gong for a long time and didn’t want to miss the opportunity. She took information about a group exercise site and said she planned to go.

Marina, who started practicing Falun Gong a couple of months ago, told a reporter, “It’s great for me and the people around me. I feel liberated and relaxed when I do the exercises. Every time I read the book Zhuan Falun, I gain a new understanding as if I had never read it before. It has become part of my life.”

“Comparing in Cultivation: The Experiences of a Steadfast Elderly Practitioner”