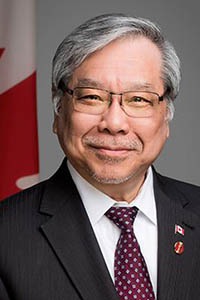 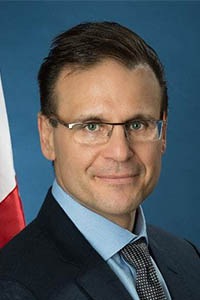 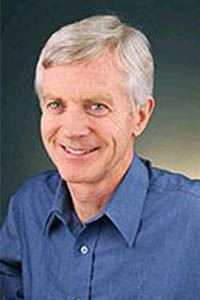 David Kilgour, former Canadian Secretary of State for Asia and the Pacific 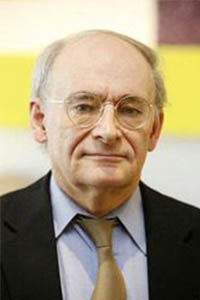 They stressed that the CCP’s rogue behavior poses a significant threat to Canada and the entire global order. At this defining moment in history, it is therefore critical that we make use of the Sergei Magnitsky Law against the Chinese communist regime for the integrity of the principles that Canada was founded upon.

“We continue to anticipate and would appreciate your prompt response to our letter dated June 23, 2020, requesting, as per our motion in the Senate, that the Canadian government impose sanctions against Chinese and/or Hong Kong officials, pursuant to the Justice for Victims of Corrupt Foreign Officials Act (Sergei Magnitsky Law),” stated the four co-signers in the letter.

The letter puts particular emphasis on the CCP’s organ harvesting, the crime against humanity, which warrants condemnation via the imposition of targeted Magnitsky sanctions.

“The gruesome and systematic forced organ harvesting perpetrated by China is longstanding, substantial and has been taking place on a large-scale. The groups that are most targeted are prisoners of conscience, religious and ethnic minorities, most notably, Falun Gong practitioners, but also Uighur Muslims and other groups.”

“The Independent Tribunal into Forced Organ Harvesting from Prisoners of Conscience (commonly known as China Tribunal), chaired by one of the most distinguished human rights lawyers, the eminent Sir Geoffrey Nice, QC, who worked at the UN’s International Criminal Tribunal for the Former Yugoslavia as the lead prosecutor in Slobodan Milosevic’s trial, released its final judgment in March 2020.”

“The China Tribunal is the world’s first tribunal that has conducted an independent legal analysis of the available testimonies and evidence regarding the criminal liability of the Chinese State and its officials in relation to allegations of forced organ harvesting.

“Among its conclusions, the tribunal found that, ‘Commission of Crimes Against Humanity against the Falun Gong and Uyghurs has been proven beyond reasonable doubt...’ [that] ‘Forced organ harvesting has been committed for years throughout China on a significant scale and … Falun Gong practitioners have been one – and probably the main – source of organ supply.’”

They pointed out, “As a free and democratic nation, committed to safeguarding the international rules-based order and internationally recognized human rights standards, it is incumbent upon the Canadian government to take firm and decisive action in condemning the reprehensible behavior for which the Sergei Magnitsky law was passed.”

The letter included a list of names of Chinese officials that are responsible for the ongoing persecution of Falun Gong practitioners.

Senator Thanh Hai Ngo and two other Senators initiated a letter to the Prime Minister on June 23. The letter was co-signed by eleven other Senators. The letter asked the Canadian government to impose sanctions against Chinese and/or Hong Kong officials, pursuant to the Magnitsky Law, “in light of the violation of human rights, of the principles of fundamental justice and of the rule of law in relation to the ongoing protests in Hong Kong and to the systematic persecution of minority Muslims in China.”

“The mass internment in concentration camps of an estimated 2 to 3 million Uighurs and other Muslim minorities, as well as the intensified police brutality, egregious human rights abuses and ever-growing tactics by the PRC to overturn Hong Kong’s democracy until its complete destruction, has immensely disrupted the rules-based international order.

“The PRC is blatantly violating its international obligations under the 1984 Sino-British Joint Declaration, an international treaty that has been registered with the Secretariat of the United Nations. As such, Canada, as a member state of the UN, along with the international community, has an interest and a responsibility to defend the international rules-based order but also, values of human rights, fundamental freedoms, democracy and the rule of law.”

“Unfortunately, the PRC’s tyrannical behaviors towards Hong Kongers, Uighurs and other Muslim Minorities is just the latest in a continued pattern that has become an extremely dangerous habit as it is constantly and mercilessly perpetrating horrendous and utterly inhuman acts towards other groups. For example, the ongoing persecution of Tibetans are well established and documented, and have been taking place for decades now.”

Canadian Citizens Are Also Targets of the CCP’s Persecution

In the letter, the Senators stated, “Canada has not been immune to China’s campaign of influence and unrelenting intrusion into its domestic affairs and institutions. Under the auspices of the United Front Work Department, the establishment of Chinese-government affiliated organizations such as Confucius Institutes is well-documented.

“Canadian citizens have also been a target of the CCP regime’s overreach and despotism, not only abroad with the illegal detainment of our brave Canadians, amongst them our two Michaels [Kovrig and Spavor] who have now been formally charged [in China] with espionage, but also here on our soil, with the harassment and intimidation of our Chinese Canadians through United Front networks simply because they oppose China’s dictatorship.”

The Senators stated that for these reasons, the Canadian government should sanction the Chinese officials responsible for the harassment and persecution.

“A Look Into History: Causes Behind Disasters”