(Minghui.org) Ted Falk, Member of Parliament (MP), wrote to Minister François-Philippe Champagne of Foreign Affairs on July 22, 2020. He expressed his support for sanctioning the 14 Chinese Communist Party (CCP) officials involved in the persecution of Falun Gong under the Justice for Victims of Corrupt Foreign Officials Act (Sergei Magnitsky Law). 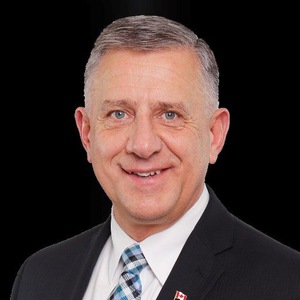 MP Ted Falk of the Conservatives

“Shockingly, we have also been made aware of the systemic execution and harvesting of organs from Chinese Falun Gong prisoners – a horror ten of thousands of these prisoners of conscience have been forced to supply the lucrative trade in human organs and cadavers.”

“These measures against Falun Gong members and other religious minorities violate China’s own Constitution, which guarantees religious freedom. They also breach China’s pledges to adhere to the Universal Declaration of Human Rights, the International Covenant on Civil and Political Rights, and the UN Convention on the Rights of the Child.

“The preamble to the Sergei Magnitsky Law affirms that ‘human rights and the rule of law are integral to international law’ and recognizes that ‘all violators of internationally recognized human rights should be treated and sanctioned equally throughout the world.

“Given Canada’s reputation as a global human rights advocate, I ask that you act by finally sanctioning the Chinese officials complicit in these egregious human rights violations. Sanctioning these individuals would send a clear message that Canada will not stand idly by while China attacks values we hold dear, including freedom of conscience, religion, thought, belief, opinion, and expression.”