(Minghui.org) A 76-year-old woman is experiencing severe symptoms after one year of detention for her faith in Falun Gong. The authorities refused to release her or provide her with medical treatment. 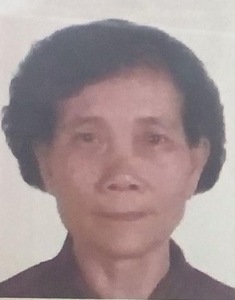 Ms. Wang Xuezhen, a retired drug administration officer in Guangzhou City, Guangdong Province, was arrested on July 9, 2019, for spreading information about the persecution. Her son, Mr. Ma Minqing, was also arrested on the same day.

Mr. Ma and Ms. Wang were tried on January 2 and January 3, 2020, respectively, by the Haizhu District Court. Ms. Wang testified in her own defense that no law ever criminalizes Falun Gong and it’s her basic right to practice Falun Gong and be a good person by following its principles.

While still awaiting her verdict at the Haizhu District Detention Center, Ms. Wang has been suffering severe back pain in the past two months. Sometimes the pain was so intense that she couldn’t walk and had to crawl on the floor. The detention center’s doctor refused to provide any medical treatment to her.

Another practitioner who was arrested and detained with Ms. Wang, Mr. Zeng Jiageng, 78, also experienced serious medical conditions, including persistent high blood pressure, a heart condition, and impaired vision and hearing, at the detention center. The authorities also denied his bail request.

Prior to their latest persecution, Ms. Wang served a labor camp term and Mr. Ma was sentenced to seven years for refusing to give up his faith.

“The Importance of Sending Righteous Thoughts in the Morning”