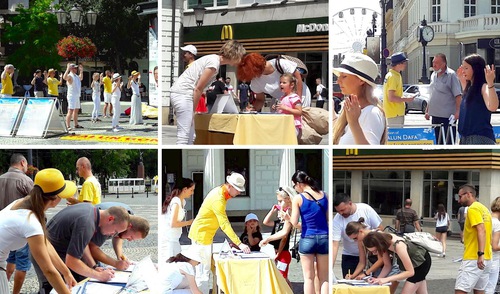 Practitioners demonstrated the exercises and collected signatures during events in Bratislava on July 20.

Marek Tatarko, Chair of the Slovakia Falun Dafa Association, said in his speech that millions of people have been persecuted for practicing Falun Gong since 1999. Practitioners have been arrested, tortured, and even killed for their organs, a clear reflection of the CCP’s true colors. 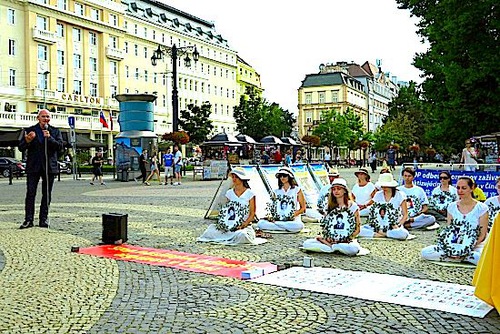 Frantisek Miklosko, former Speaker of the National Council of Slovakia, addressed the rally.

Frantisek Miklosko, former Speaker of the National Council of Slovakia, thanked all the courageous people who have testified to the extent of the persecution. He believes that history will prove them right.

Ondrej Dostal, Member of the National Council of Slovakia, said “Today we are here because Falun Gong, which believes in Truthfulness, Compassion, and Forbearance, has been subjected to heinous forms of persecution. Everyone must oppose this evil.”

He agreed with the late President Václav Havel, who led a bloodless revolution against the communist party of Czechoslovakia more than 30 years ago, who said, “The salvation of this human world lies nowhere else than in the human heart, in the human power to reflect, in human meekness and human responsibility.”

Dostal believes that Truthfulness, Compassion, and Forbearance will one day overcome the CCP’s totalitarian lies and hatred, and the persecution will end. “We must go all out to make this day come as soon as possible.” 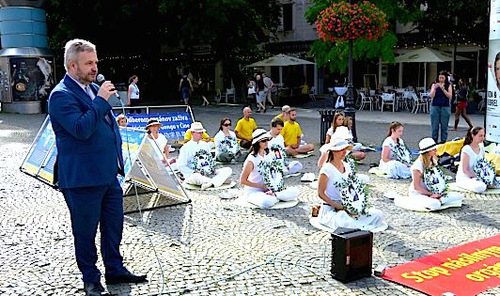 Ondrej Dostal, Member of the National Council of Slovakia, at the rally

“Thirty years ago, we successfully opened our country to the truth,” said Miriam Lexmann, Member of the European Parliament. “The truth is already among us, and it is indeed becoming stronger.

“But if we are to succeed, it depends on whether the truth still dominates our world. Think of people who are being persecuted in another corner of the world, because we live in a globalized world, and we are closer to each other than we are under the communist regime.

“This is why I want to speak to our compatriots and express our compassion for those who are being persecuted and fighting for the truth. Because if we don't help them fight, the truth might be lost in our country again.” 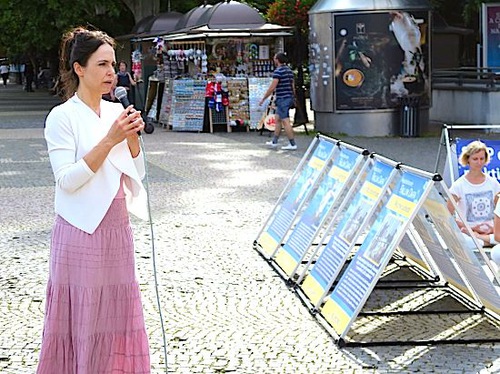 Miriam Lexmann, Member of European Parliament, speaking at the rally

“We must constantly defend freedom and oppose any pressure based on disrespect for democratic values and disrespect for humankind, human rights, and freedom,” said Zuzana Aufrichtova, Mayor of Bratislava Old Town.

“I express my support for Falun Gong practitioners to uphold Truthfulness-Compassion-Forbearance and protest the persecution.” 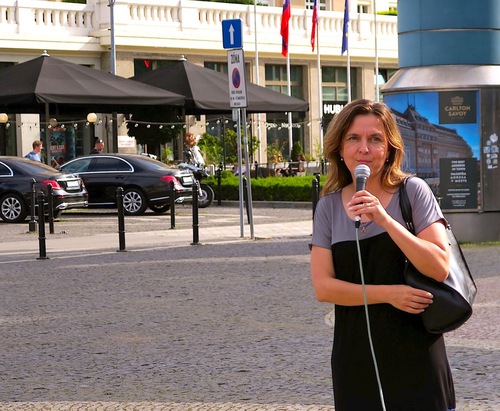