Former Member of French National Assembly: It Is Urgent To Choose Sides

(Minghui.org) Ms. Françoise Hostalier, a former member of the French National Assembly, criticized the ways the Chinese Communist Party (CCP) operates in the international community and called on the European countries to open their eyes and choose sides, during a video conference held by the Falun Dafa Association on July 16, 2020, prior to the 21st anniversary of persecution of the peaceful spiritual group by the CCP. 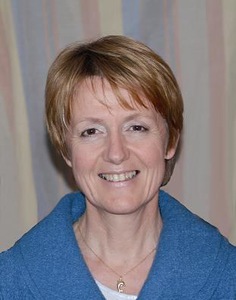 Ms. Françoise Hostalier is a former member of the National Assembly of France and former Secretary of State for School Education to the Minister of National Education.

Stop Giving in to the CCP

Ms. Hostalier started off by acknowledging China as a country with a long history and diverse geographic, ethnic, cultural, and religious backgrounds. But after more than 70 years of communist rule, “China today is a country in complete regression in many areas, whether at the economic, cultural, or political level in the broad sense.”

She explained that in these areas, the Chinese government uses similar operations “to force its way in, to systematically bring others into submission, to become the hegemony (by eliminating competition), and to lie!”

“We must not let this happen,” Ms. Hostalier appealed to the European countries.

Open the Eyes To See the CCP for What It Is

The great democratic powers started with Europe and Ms. Hostalier asked the EU to “react (to the CCP’s misconduct) before it is too late.”

“We must assert the humanist principles which are our fundamental values and govern all international bodies. The values are human rights, freedom of belief, religious freedom, equality between all people, the rights of children to education.”

Economic wise, Ms. Hostalier described China as “a giant with feet of clay seeking to dominate the world by headlong rush.”

She used the current pandemic to show the extent the CCP would go to cover its crimes. The global coronavirus epidemic and the way China deceived world’s governments and medical bodies shows that the CCP leaders cannot be trusted, Ms. Hostalier pointed out. “If this epidemic was less deadly in China than in Europe or the United States, it was simply because all the Chinese are under constant control... It was very easy to lock people up and lie about the death situation.”

“Let’s open our eyes and stop being naïve,” she warned.

Systematic Organ Harvesting Equates the CCP to the Nazis

Ms. Hostalier took a firm stance regarding forced organ harvesting from Falun Gong practitioners incarcerated for refusing to renounce their faith. She stressed, “We must strongly denounce the despicable practices of organ harvesting from non-consenting people, which China has made a specialty of. The facts are known. They are indisputable.”

Though forced organ harvesting and kidnapping for organ trafficking exist elsewhere in the world, they are done by the mafias, not the states. Ms. Hostalier said she believed that “in the history of mankind, the only organized political regime (other than the CCP) that committed these practices was the Nazi regime.”

“I think it is urgent to choose sides,” she concluded.