Belated News: Two Shaanxi Residents Die in 2014 and 2018 Due to Persecution of Their Faith

(Minghui.org) It was recently confirmed by the Minghui.org website that two residents of Shenmu City, Shaanxi Province, passed away in June 2014 and spring 2018, after being persecuted by the Chinese communist regime for upholding their faith in Falun Gong, a spiritual practice that has been targeted since 1999.

Mr. Zhao Wenbiao, a truck driver, took up Falun Gong in 1997. After the communist regime ordered the persecution two years later, Mr. Zhao was arrested and detained at least eight times for upholding his faith.

After Mr. Zhao’s arrest in October 2001, two officers hung him up by the wrists and beat him. A few of his ribs were broken. The beatings were so brutal that even a convicted murderer in the cell couldn’t stand it. He turned around and said to another Falun Gong practitioner also detained there, “He is such a nice person, but was beaten so badly.” 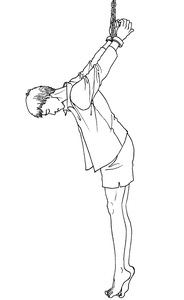 Mr. Zhao was detained 40 and 20 days at the Huashan Detention Center after his arrests on September 21, 2011 and July 23, 2013, respectively. He suffered severe injuries from the torture following his 2013 detention and the guards released him soon after, to prevent him from dying while in custody.

The police continued to harass Mr. Zhao while he was resting at home. His condition further deteriorated due to the mental pressure, and he passed away around June 2014. He was approximately 50 years old.

Mr. Zhang Guangtian was a hard-working migrant worker. He was good at many different jobs, including making wool textile products, digging coal, and masonry work. He took up Falun Gong in 1997.

In July 1999, after the communist regime ordered the persecution of Falun Gong, the Party secretary in charge of Mr. Zhang's neighborhood ordered him to give up the practice. Because Mr. Zhang refused to comply, he was sent to a brainwashing center and subjected to many forms of torture.

He was arrested again on February 18, 2008 for putting up a sticker that said “Falun Dafa is good” and given one year at the Zaozihe Forced Labor Camp.

During his term, the guards once hung him by his wrists and hit him about the face hard, knocking out all of his teeth.

After a new brainwashing center was established in a vacation village in nearby Yulin City in June 2010, Mr. Zhang was arrested and sent there on June 24. He was subjected to brainwashing sessions, torture, and force-feeding.

The persecution took a toll on his health. He passed away in the spring of 2018, at the age of 66.