Taiwan: Government Officials at Rallies and Candlelight Vigils Condemn the 21 Years of the Persecution of Falun Gong

(Minghui.org) Falun Gong (also known as Falun Dafa) is a spiritual belief based on the principles of Truthfulness-Compassion-Forbearance. Many people feel that practicing Falun Gong improves one's health and character. Due to the spiritual practice's popularity, the Chinese Communist Party (CCP) initiated the persecution 21 years ago, on July 20, 1999.

The actual number is likely much higher due to the CCP’s information censorship. Falun Gong practitioners across the world hold activities around July 20 each year to peacefully protest the persecution and call for it to end. The following events were held in Taiwan.

Rally and Candlelight Vigil in Tainan

Falun Gong practitioners held a candlelight vigil in Dongning Sports Park, Tainan, on July 18, 2020. They did the exercises and showed a video. Invited guests gave speeches to express their support. 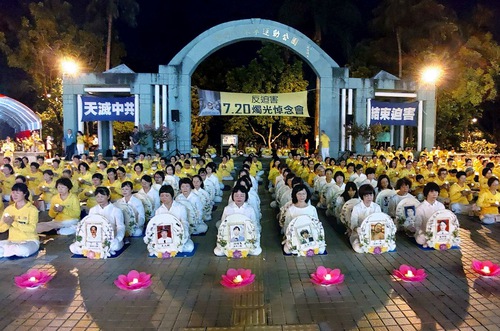 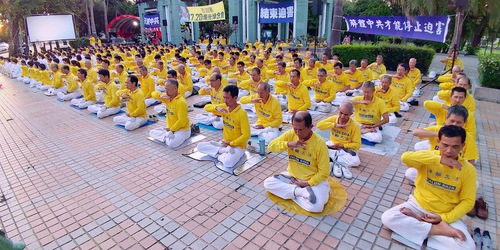 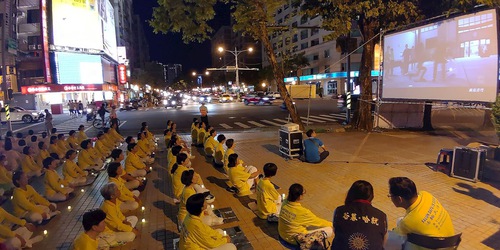 Practitioners watch a video about the persecution. 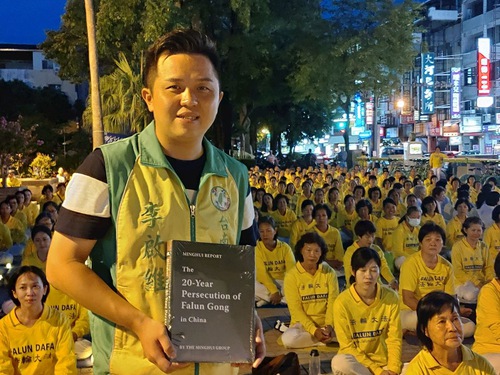 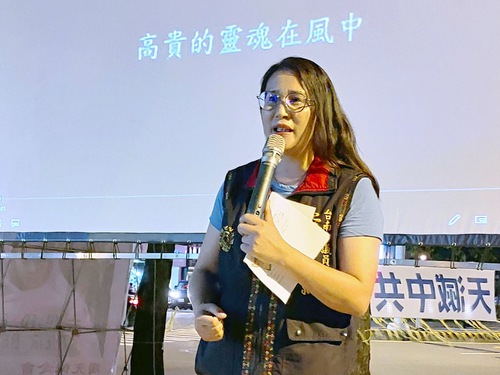 City councilor Gu Mu-Hajiu calls on the world's people to work together against the CCP’s tyranny. 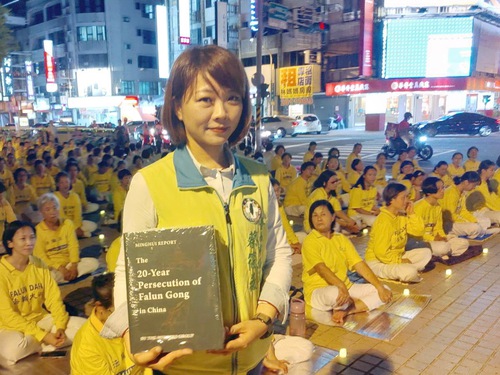 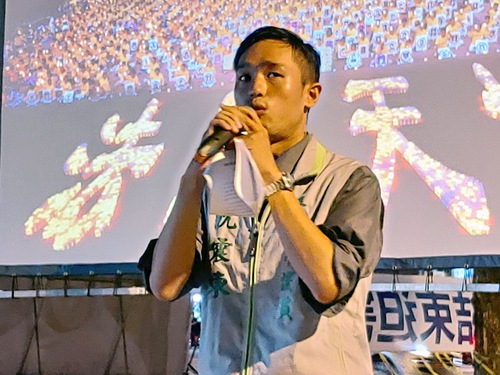 City councilor Shen Chen-dung points out that disintegrating the CCP is the only way to end the persecution. 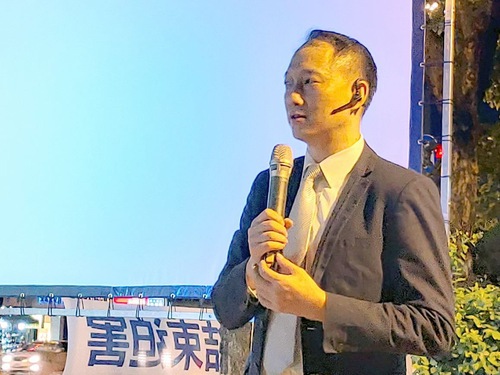 Education councilor Wu Da-shu believes that the peace, rationale, kindness, and perseverance of Falun Gong practitioners will raise the conscience of more people.

Falun Gong practitioners in Hualien held a peaceful rally on the Chihsingtan Coast on July 18. They did the exercises, distributed fliers, clarified the truth to passersby, and called for an end to the persecution. 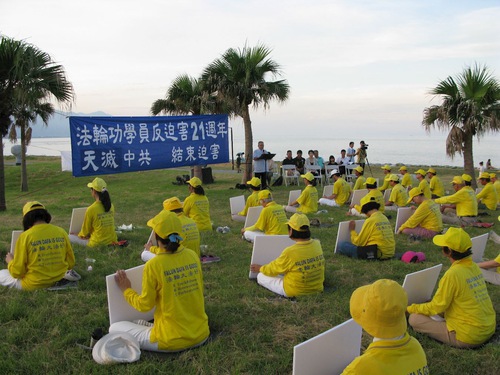 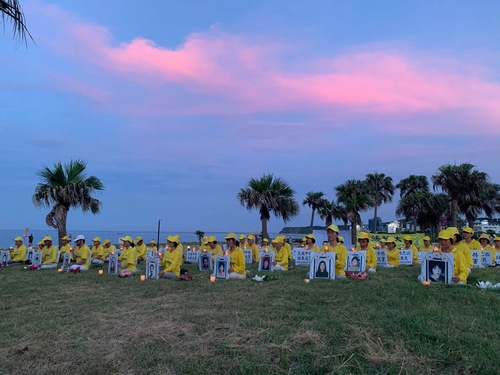 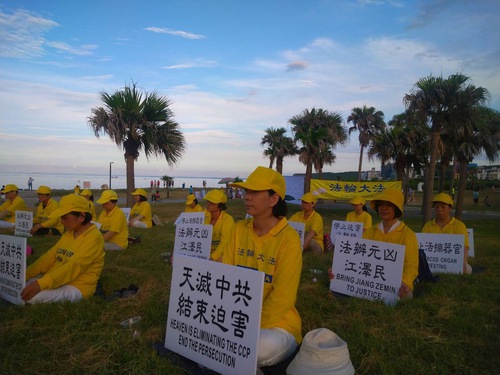 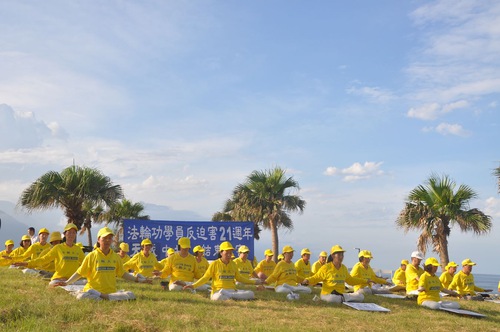 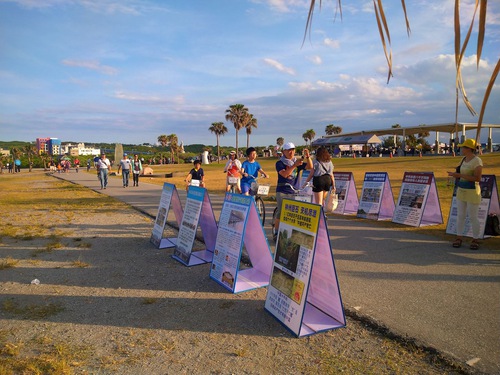 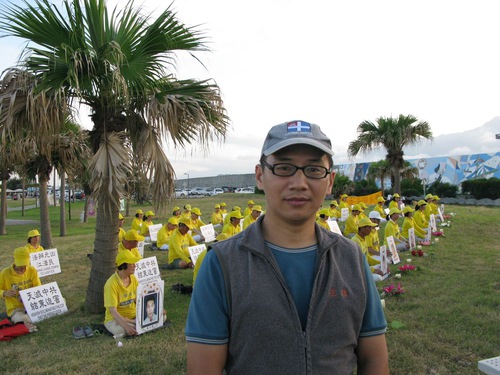 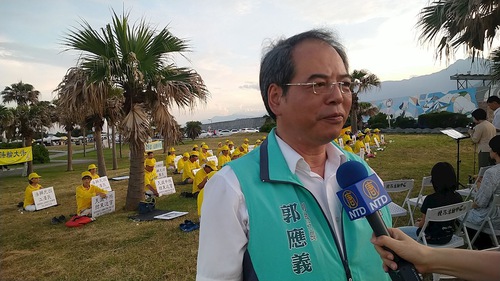 Guo Ying-yi, Deputy Chief Executive of the Eastern Service Division of Taiwan's Executive Yuan, calls on the international community to object to the CCP’s National Security Law for Hong Kong. 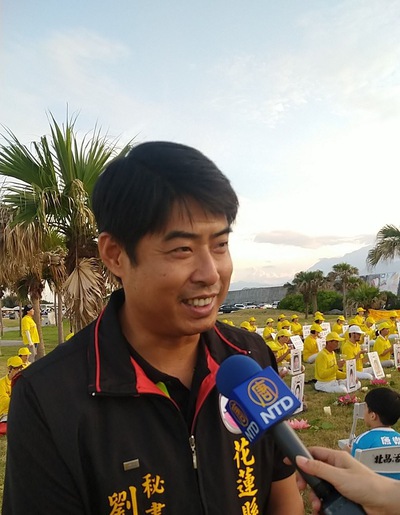 Liu Song-bin, Secretary for Hualien County Assembly Speaker Chang Jun, said he would tell his friends about Falun Gong and the CCP’s persecution.

Rally and March in Changhua, Taichung

Practitioners in Taichung held a rally and march in Lukang to protest the CCP’s 21-year-long persecution. 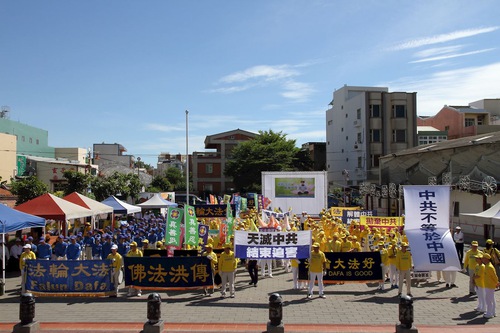 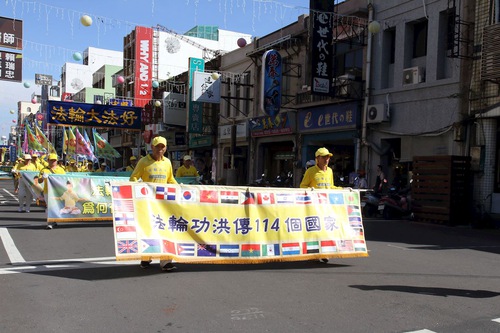 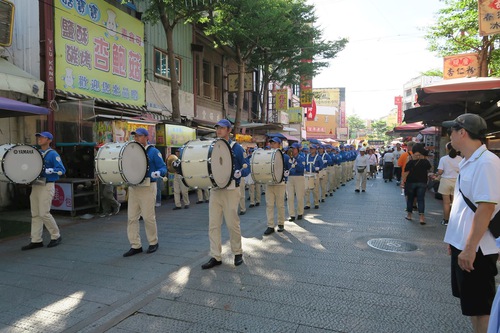 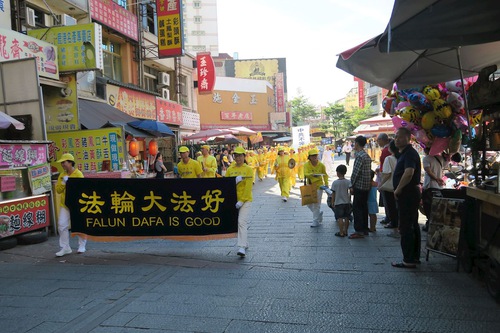 Rally and march in Lukang, Changhua, on July 18

Several elected officials and leaders of non-government organizations from the Changhua area participated in the activities. They expressed their admiration for and solidarity with Falun Gong practitioners. They also called on people to be aware of the CCP’s true nature and help stop the persecution as soon as possible.

The Tian Guo Land Marching Band led the march. Local people and tourists gathered to watch and take photos. Many people gave practitioners a thumbs up and commended them. Several people followed the procession to learn more about Falun Gong. 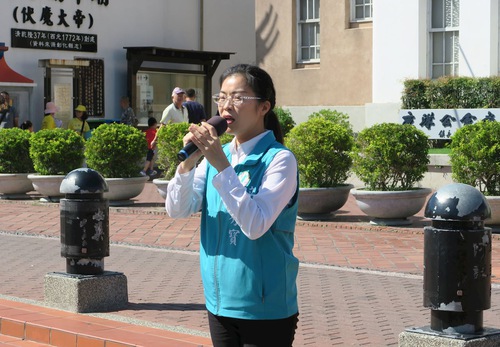 Legislator Chen Hsiu-bao participates in the rally and calls on people to support Falun Gong and safeguard human rights. 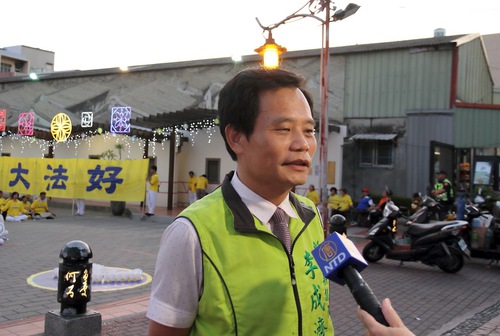 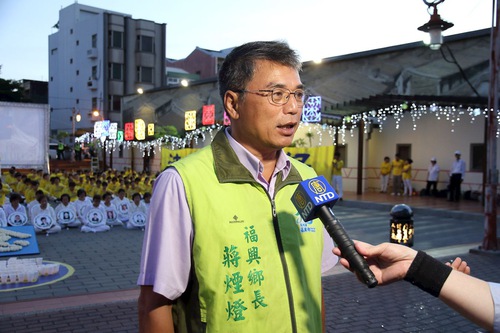 Chang An-dung, Head of Fungus Township, participates in the candlelight vigil and encourages the practitioners to uphold their belief. 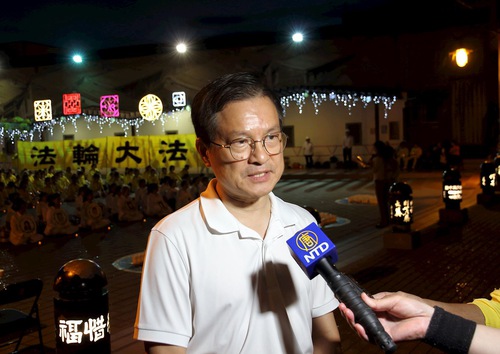 Former Changhua County Head Wei Ming-GU participates in the candlelight vigil and calls on democratic countries and people to work together to eliminate the CCP. 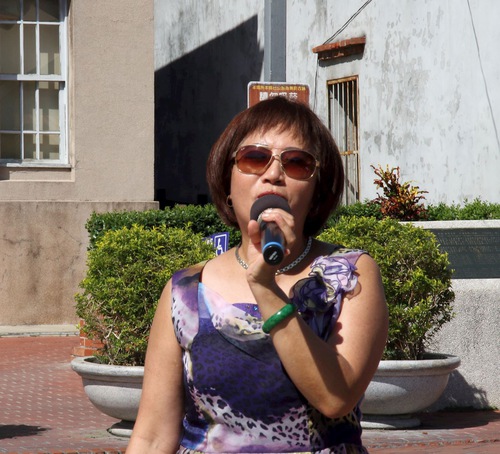 Guo Li-yew, the 17th President of the Vancouver Taiwanese Association, participates in the rally and said he admires practitioners' perseverance. 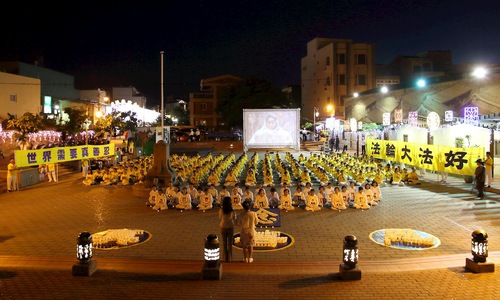 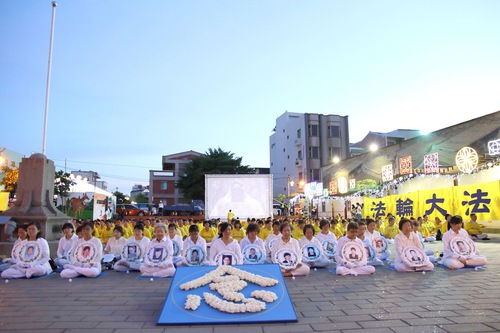 Related articles in Chinese: Rally in Hualien; Rally and March in Changhua

“Henan Woman Secretly Sentenced to Eight Years for Her Faith”