Ireland, Portugal, and Greece: Raising Awareness of the 21-Year-Long Persecution of Falun Gong in China

(Minghui.org) Every year, Falun Gong practitioners around the world conduct protest activities around the July 20 anniversary of the start of the persecution in China. The following are several reports on events held in Ireland, Portugal, and Greece.

The brutal persecution of innocent Falun Gong practitioners has lasted for 21 years. Though information is tightly censored in China, more than 4500 Falun Gong practitioners' deaths during the persecution have been documented since July 20, 1999. The true number of deaths is thought to be much, much higher. Hundreds of thousands of practitioners have been imprisoned, incarcerated, tortured and a large number have even been subjected to state-sanctioned live organ harvesting.

Falun Gong is a spiritual practice based on the principles of Truthfulness-Compassion-Forbearance. Practicing Falun Gong improves health, wellbeing and moral character. Falun Gong was tremendously popular in China in the late 1990s and had spread by word of mouth with an estimated 100 million people practicing it. The Chinese Communist Party (CCP), out of paranoia and jealousy, initiated the persecution of the belief on July 20, 1999.

Falun Gong practitioners held activities to raise public awareness of the persecution in downtown Dublin on July 18 and received support from Senators, Members of Assembly (MA), and administration officials. 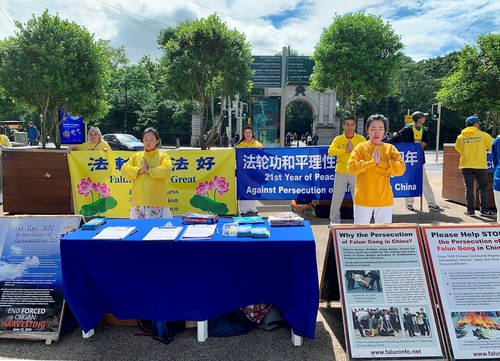 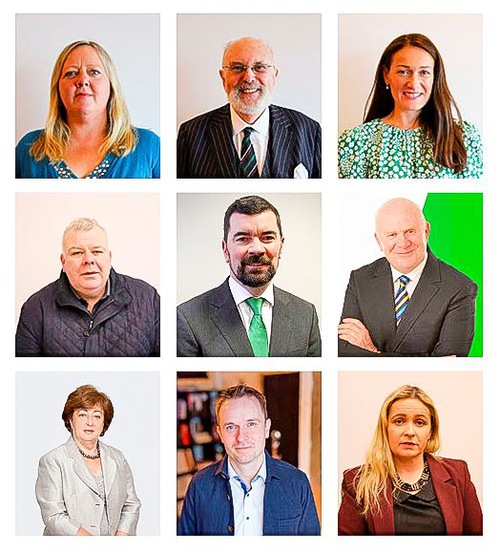 The new government formed in Ireland just three weeks ago. Nine Senators and MAs and a minister signed a joint statement “Call for an end to the persecution of Falun Gong”, which urges the CCP to stop the persecution and release all practitioners who are being detained or imprisoned. 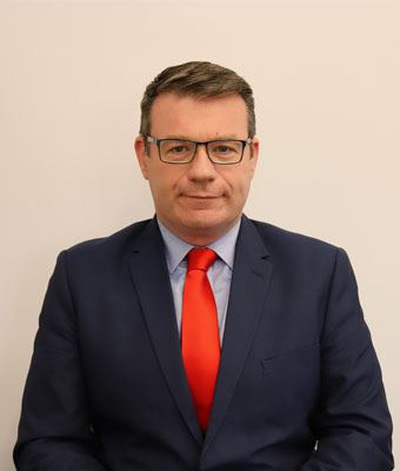 Alan Kelly, Leader of the Irish Labour Party (photo from the Assembly of Ireland)

Alan Kelly, Leader of the Irish Labour Party, stated in his letter, “I am deeply concerned about the recorded persecution of Falun Gong by China.” He indicated that this was a long-term issue and Labour Party MAs had spoken out about it many times. 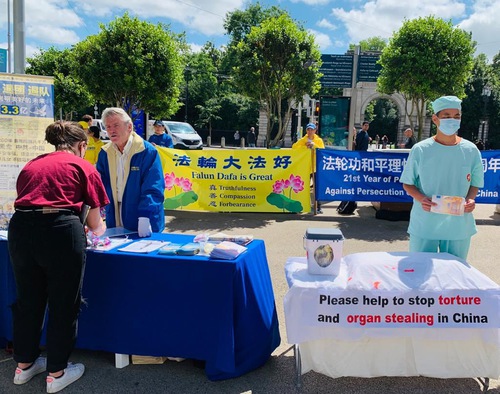 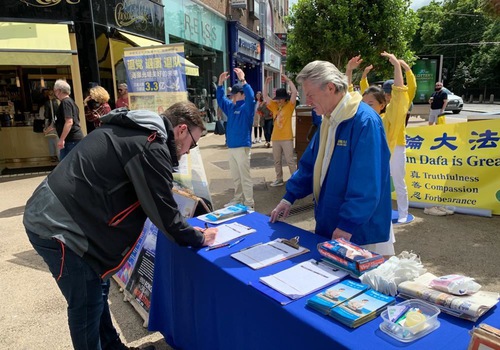 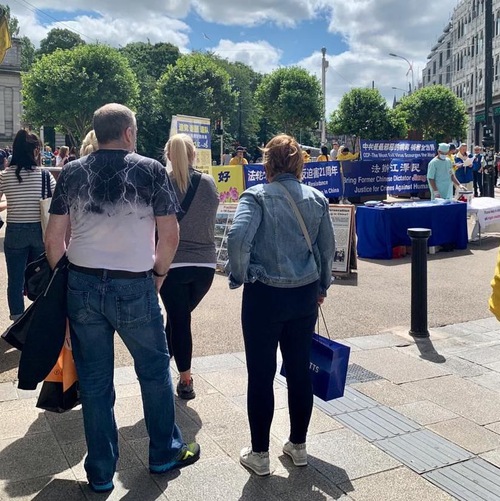 Many people paused to view the posters and sign the petition against the persecution, though social distancing is still being observed in Ireland to control the CCP virus pandemic. 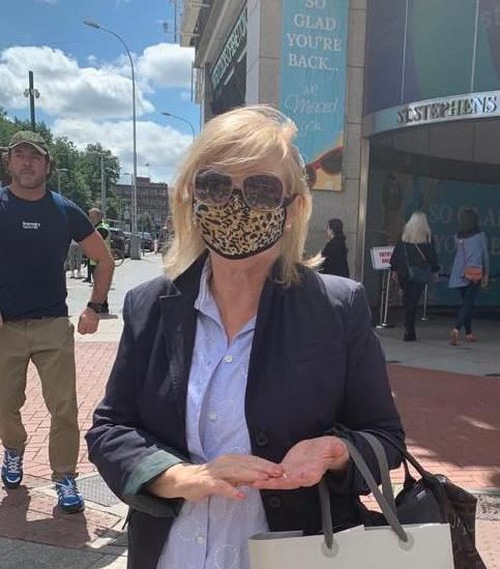 Dublin resident Mary learns about Falun Gong and the persecution 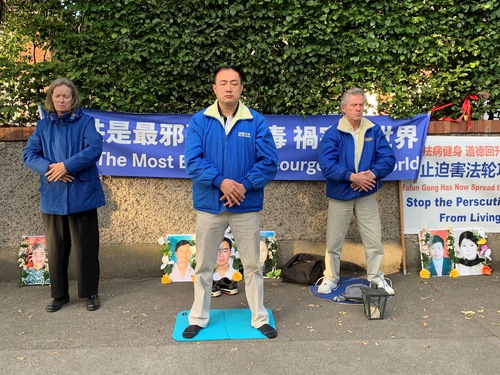 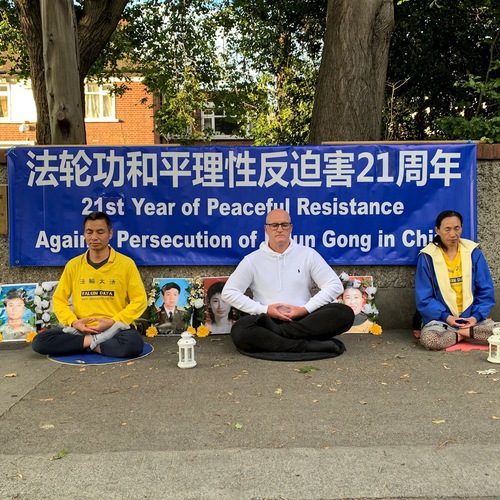 Practitioners held a candlelight vigil in front of the Chinese Embassy in Dublin on the evening of July 20 to commemorate those fellow practitioners who have died in the persecution.

Falun Gong practitioners collected signatures in Lisbon, the capital of Portugal. They exposed the CCP’s 21-year-long persecution and called on all segments of society to help stop the CCP's brutality. 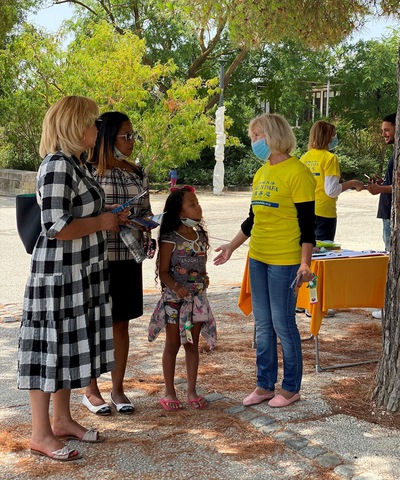 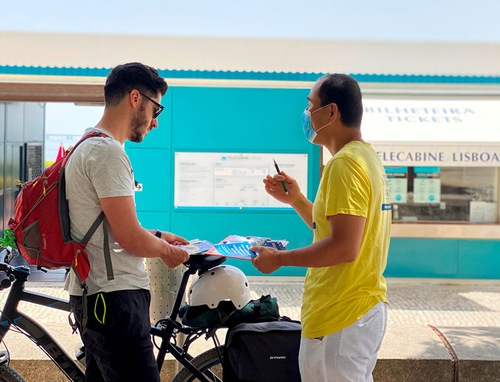 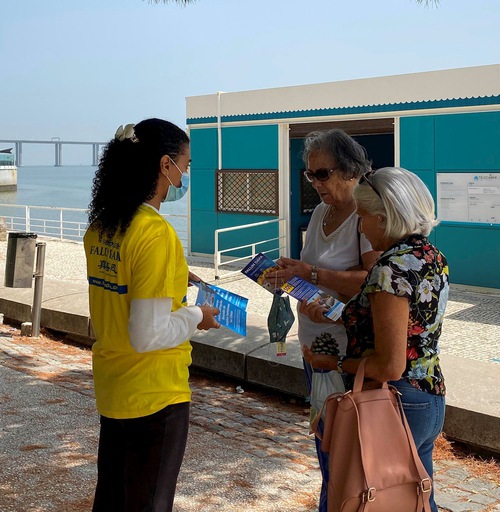 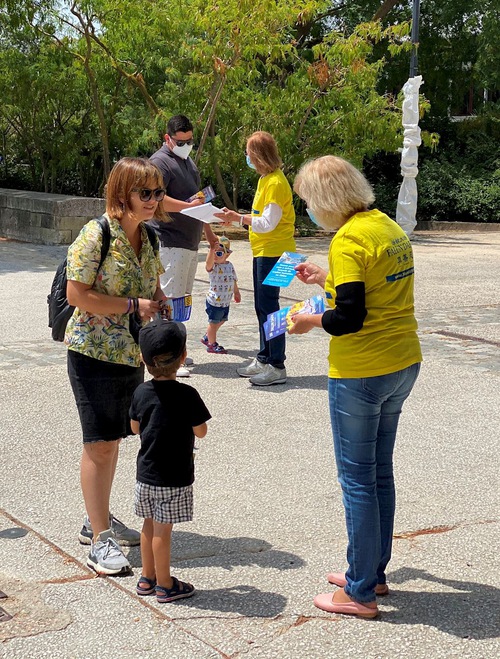 Talking with people about Falun Gong and the persecution 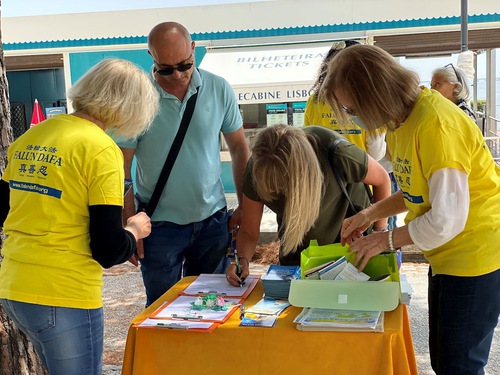 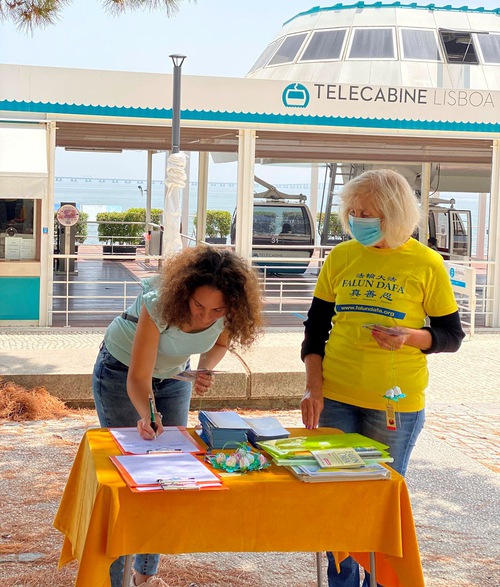 Practitioners set up posters and a table to collect signatures. They demonstrated the five sets of exercises, which caught the attention of passersby. They also talked with people about the persecution and collected signatures.

Falun Gong practitioners held activities on Syntagma Square on July 17 to mark the 21st anniversary of peacefully resisting the persecution.

Due to the coronavirus pandemic, the Greece Government has implemented policies to reduce the spread of the virus. Many people were still milling about downtown. Many people paused near the practitioners' activities to watch the exercise demonstration and read the posters.

Many people were appalled and felt it was inconceivably evil that the CCP arrests practitioners and kills them for organs. A group of young people said these horrible crimes must stop. 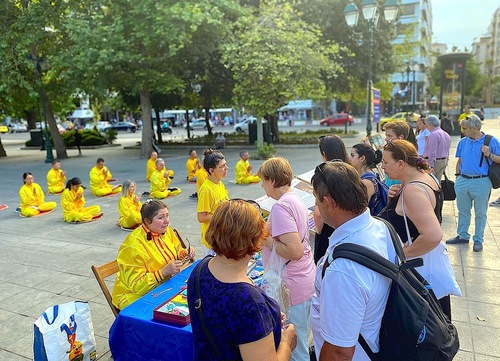 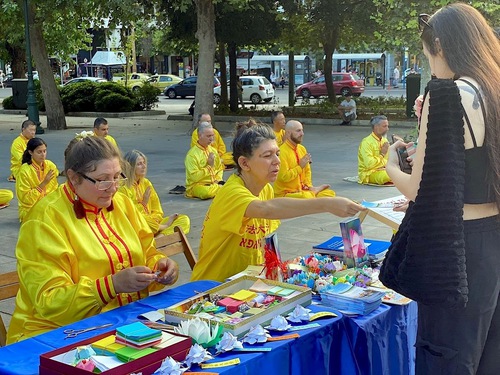 A few young people from Arab countries took photos. A practitioner distributing fliers talked to them about the 21-year-long persecution. They expressed gratitude to the practitioner for sharing the information with them. Some of them wished to learn the five sets of exercises and asked for more information about Falun Gong.

Relevant articles in Chinese: Signature Collection in Lisbon, Portugal, and Activities in Greece.