(Minghui.org) One thousand Falun Gong practitioners from northern Taiwan gathered at Taipei City Hall Plaza on July 18, 2020. As evening peacefully wrapped around the city, the practitioners lit candles to commemorate their fellow practitioners who lost their lives to the persecution in China.

Councilors Chang Mao-nan and Lee Chien-chang from the Taipei City Council, Chairman of the Board, Tseng Chien-yuan from the Chinese Democracy College, Chairman Gao Weibang from the Victims of Investment in China Association and Liou Binghua from the Global Service Center for Quitting Chinese Communist Party Taiwan addressed the gathering. 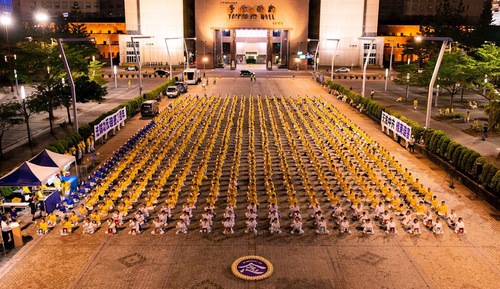 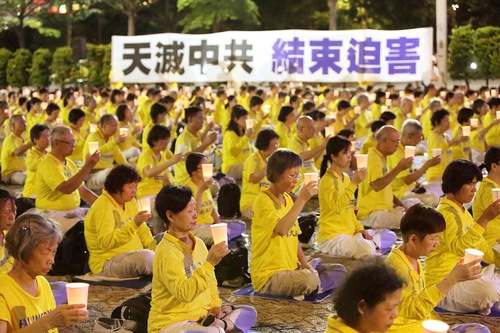 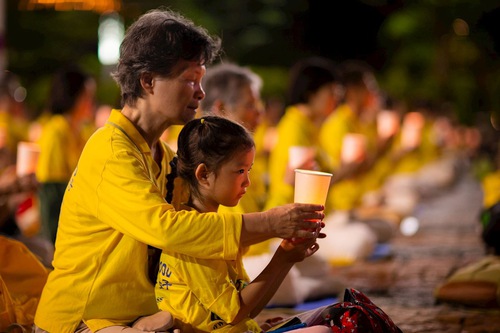 Practitioners held a candlelight vigil at Taipei City Hall Plaza to commemorate the 21st year of peacefully resisting the persecution. 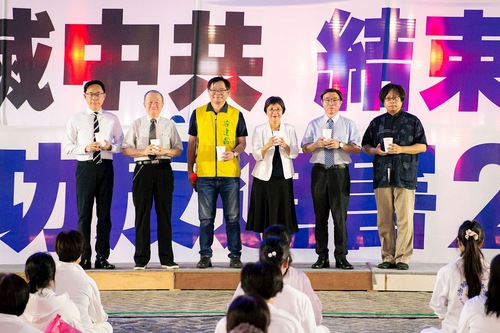 Chang Ching-hua: Nations Are Stepping Forward to Condemn the CCP 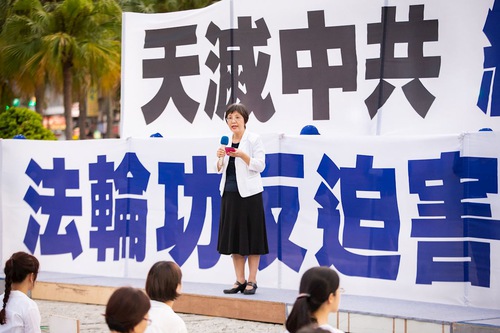 Ms. Chang Ching-hua said, “The CCP’s persecution of Falun Gong practitioners has gone on for 21 years. They are tortured in dozens of ways and their organs are forcibly harvested for profit. Their bodies are burned to destroy the evidence. According to verified reports on Minghui.org, 4,544 practitioners have been persecuted to death. This is an outrageous crime.”

Ms. Chang said that the CCP turned itself against more than one billion Chinese people and billions of people worldwide. It violently went against the young people of Hong Kong during the anti-extradition bill movement and randomly arrested many people. It covers up the origin of the coronavirus and prohibits people from talking about the current massive flooding in China. The international community is increasingly aware of the true nature of the CCP.

She said, “The year 2020 is an awakening year. More and more countries and righteous people no longer have illusions about the CCP. They are stepping forward to condemn the CCP’s atrocities. They call for the punishment of human rights abusers from China by passing laws and are cutting off their industrial and business connections with China. Recently, a joint signature campaign was launched by parliamentarians worldwide. Within a month, 550 parliamentarians from 27 countries jointly signed a statement calling for the end of the persecution of Falun Gong. Thirty-four are from Taiwan.”

Ms. Changs hopes that people will stand on the side of kindness and righteousness and refuse the CCP’s threats or bribes.

Tseng Chien-yuan: Quitting the CCP is a Hot Online Search 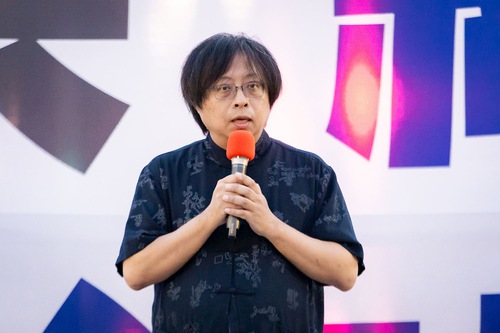 Tseng Chien-yuan, Chairman of the Board of the Chinese Democracy College

Tseng Chien-yuan said, “The CCP has given us the coronavirus, tyranny and fear. The year started out with the coronavirus. Then, the CCP suppressed the anti-extradition bill movement in Hong Kong. Catastrophes and man-made disasters appeared one after another in China. All these show that the CCP is about to collapse!”

Mr. Tseng said that the CCP buys and bribes organizations worldwide through its global propaganda campaigns. He feels that if it weren’t for Falun Gong practitioners and their media that persistently reveal the truth, people might still have illusions of how great China and the CCP is. The words “Quitting the CCP” is a hot online search word. He said, “I believe more and more people will realize how harmful the CCP is to the world's people and mankind's universal values.”

Gao Weibang: The World Knows How Bad the CCP Is 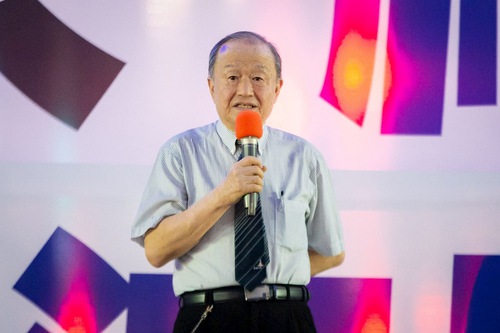 Chairman Gao Weibang from the Victims of Investment in China Association

Mr. Gao expressed his thanks to The Epoch Times, NTD TV and Sound of Hope. “The power of your media group awakens people,” he said. “It's only a matter of time until the CCP collapses.”

Lee Chien-chang: The World Demands the CCP Be Eliminated 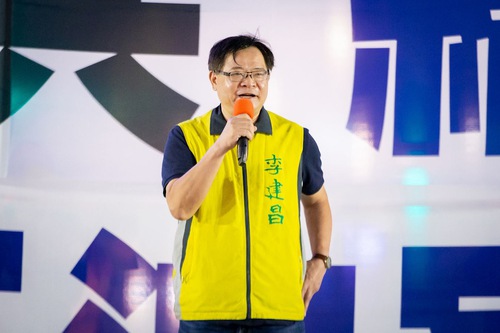 Lee Chien-chang said that he felt honored to attend the event. “I have been a member of the Taipei City Council for over 20 years. Every day I see Falun Gong friends clarifying the truth to people outside the National Dr. Sun Yat-sen Memorial Hall. I really admire them! I feel greatly honored to be invited to attend this activity,” he said.

He first met Falun Gong practitioners outside the Royal Palace in Stockholm in Sweden. They were talking to people about Falun Gong. Mr. Lee said, “Their perseverance is admirable. Heaven will eliminate the CCP. People with a conscience demand the persecution of Falun Gong be stopped!”

Chang Mao-nan: I Will Always Stand By Falun Gong 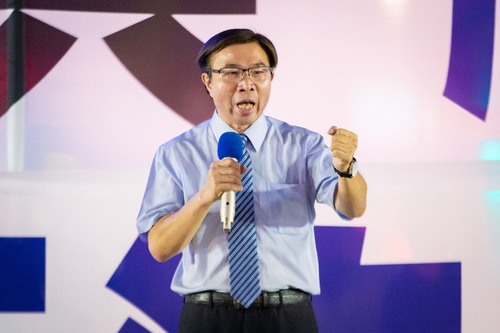 Chang Mao-nan has attended Falun Gong assemblies many times. He said, “I will always stand by Falun Gong and oppose the CCP. On July 20th, 21 years ago, the previous CCP head Jiang Zemin started the slaughter of Falun Gong practitioners. This year, the CCP uses the same methods to cover up the coronavirus pandemic and let it spread to the whole world. This pandemic shows people that the CCP is violent and cannot be trusted.

“I oppose the CCP tyranny but not the Chinese people. Falun Gong practitioners in China should be treated fairly and be protected. We demand the CCP stop the persecution immediately!”

Mr. Chang commended practitioners for their perseverance. He said that they are the living embodiment of courage. “In every corner of Taiwan, you can see them. All these years they've repeatedly told people the truth and expose the CCP’s misleading information. They are the symbol of courage.” 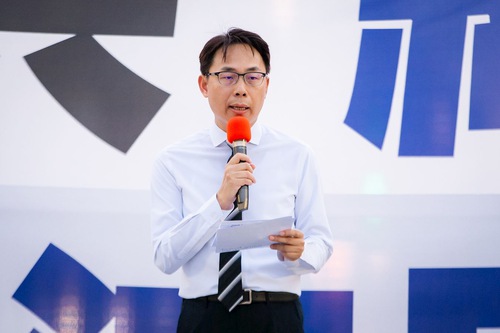 Liou Binghua said, “Since the beginning of this year, disasters have occurred one after another in China. The CCP virus (coronavirus) spread over China and to the world. By analyzing the data, we can see that this virus targets those people and countries that are closely related to the CCP.

“The Chinese people are now facing unprecedented catastrophes. Volunteers from the Quitting the CCP Service Center try to help people in China. Over the past 15 years, since September 2005, volunteers have helped about 3.5 million Chinese withdraw from the CCP and its affiliated organizations. About 290,000 Chinese quit the CCP and its youth organizations each year.”

“Falun Gong Showed Me How to Be a Good Person” 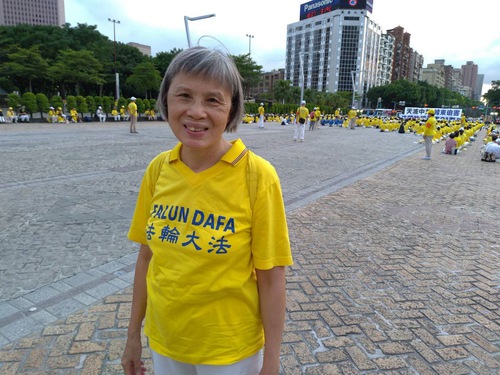 Just before she retired as a teacher, Jhuo Shuhuei said she began losing weight. “People asked if something was wrong. I looked pale, had no strength and I felt depressed. A medical checkup found that I had colorectal cancer.”

She underwent surgery and chemotherapy. She felt very low, spiritually and physically. Then a former classmate told her about Falun Gong.

Ms. Jhuo said, “I practice the exercises and read Zhuan Falun  every day. I used to be bad tempered and even cursed. After I began following the principles of Truthfulness-Compassion-Forbearance I'm no longer hot tempered. My health has improved greatly. I have been healthy for 18 years.” 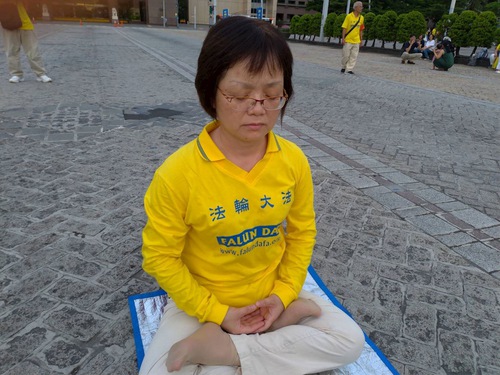 Chen Yinghua has practiced Falun Gong for 16 years. “I used to think I was a good person,” she said, “I didn’t understand why other people treated me badly.”

The director of her child’s kindergarten told her about Falun Gong when she was going through a difficult time.

“I was in tears after I finished reading Zhuan Falun. I realized that I really did poorly. I started to practice forbearance. At the beginning I had to forbear unwillingly. Gradually, after many heart-wrenching tests, I was able to forbear calmly. I came to know how to be a good person and a genuine cultivator.”

Huang Jiasiang, a bank manager, attended the vigil with his wife and son.

“I saw Falun Gong fliers on the bus when I was still studying at the university,” he recalled. “ I was interested and started to practice. Before, I didn’t look within or examine myself when conflicts arose. I always thought other people pushed the problems onto me or they caused the problems. Now I look within and see if I can do better. I've learned to treat other people with compassion.”

Mr. Huang added, “I hope our activities will awaken people’s conscience so that they will condemn the CCP and help end the persecution.”