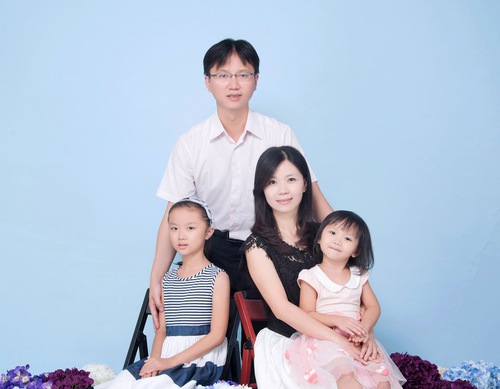 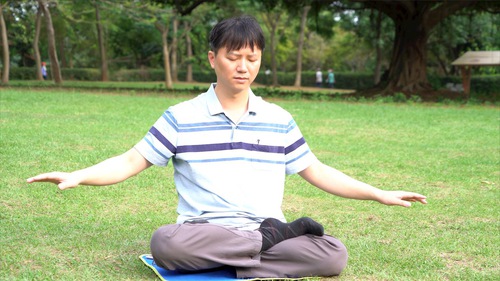 Embarking on a Journey of Cultivation

Dr. Huang is currently the Director of Department of Urology at Yunlin Branch of National Taiwan University Hospital. From a resident physician, to chief physician, to attending physician, to the director, he has been immersed in the medical field for 21 years. His day-to-day work is occupied by clinical medicine, research, administration, and teaching. Outside of work, he has a happy family and two lovely daughters. His happy and fulfilled life came from a turning point.

He recalled, “I began to practice Falun Dafa in December 2003. Before I practiced I was very sick. Even though I recovered, I developed insomnia and my health kept deteriorating. I would wake up in the middle of the night and I couldn’t go back to sleep.”

He tried sleeping pills and consulted psychiatrists from his hospital. He also went to see Chinese medicine doctors, but all in vain. After a friend suggested he try qigong, he and his mother went to the park where they met his mother’s friend who recommended Falun Dafa.

The friend said she used to have serious insomnia, but she was fine after practicing Falun Dafa. When he heard this, Dr. Huang told his mother, “I want to give it a try.” He was very excited when he first started practicing, “The very first day when I did the exercises, I could sit in a half lotus position for an hour.”

Another practitioner recommended he read Zhuan Falun – the main teachings of Falun Dafa. He said, “That night I read three chapters before going to bed. I finished reading Zhuan Falun in three days. I knew this was a true cultivation book. It not only teaches people how to cultivate, but also explains what it means to cultivate. After I finished reading it, I suddenly realized that I found what I was looking for.”

Practicing Falun Dafa not only brought him good health but also helped elevate his moral values. He’s become a more responsible doctor and a considerate director. Dr. Huang said, “The greatest difference is that now I understand I should follow the natural course in everything. What yours will be yours, and what is not meant to be yours will not be. Second, I understand that I have to do my work well and put my self-interest aside.”

Dr. Huang was always easygoing. After he began to practice, he learned to look inward during conflicts and see where he fell short. At work, he's kind and considerate of others. Since a hospital usually employs many people, conflicts often arise.

He said, “As a director, I try my best to think of my staff’s needs, as everyone’s situation is different. Some managers put a lot of weight on treating everybody the same. But my approach is different. Some are married with kids, others have more responsibilities at home. I take into consideration each individual person's situation. I try to make the best arrangement that will work for everyone.”

Dr. Huang sees about 60-70 patients a day. His patients feel that he is understanding and listens to them. “Before I started practicing, my patients thought I was a good doctor. After I began practicing I became more considerate and placed myself in their shoes.”

Many people who study medicine strongly believe in empirical science. They see how one’s body improves as a result of medical treatments. Dr. Huang's horizons were broadened after he began practicing Falun Dafa. He realized empirical science is limited.

He realized he couldn’t still hold onto empirical science. So, he decided to follow his belief. He understood that modern science limits itself to one level. Whenever science can’t explain something, it considers it fake science or not in compliance with science. He pointed out that when you experience something that's not within the framework of science first-hand, you realize that it does exist.

Dr. Huang said, “The more of Master's teachings I read, the more clearly I understood. Science may not be wrong, but it limits itself to look at things within a framework. It later even went as far as denying everything beyond this framework.” 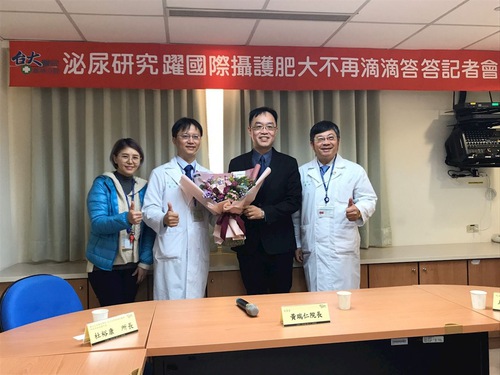 During one of his presentations Dr. Huang covered issues involving belief and spirituality. As an example he used a study that suggested that animals, such as cows or sheep, grew up very strong and healthy after listening to beautiful and upright music.

Upholding Justice and Spreading the Truth

Aside from his busy day-to-day work, and taking good care of his family, as a Falun Dafa practitioner, Dr. Huang stepped forward to expose the CCP's brutality.

“Live organ harvesting is humanity's shame,” he said. As chairman of the Taiwan International Organ Transplant Care Association, Dr. Huang said when he carried out the investigation and realized that it was true and done on a large scale, he was outraged. He felt it was an unprecedented evil on this planet and tarnished humanity. “Human morality has declined to such an extent! Most people are indifferent, or keep quiet, or just ignore the facts – that’s why I have to speak out, so more people will know about this brutality and see the CCP's true nature.”

“I don't pursue anything in the human world. Falun Dafa gives me everything I need.” Dr. Huang concluded by saying, “Sometimes it's very difficult to persist in cultivation. But no matter what hardships come, I will remain diligent.”