(Minghui.org) “Liechtenstein shall not become a haven for the Communist Party of China criminals.”

With these words, Reza Pasdar, the president of the Liechtenstein Falun Dafa Association, addressed a letter of appeal to the Princely Head of Government Adrian Hasler. As part of a commemoration of the beginning of the persecution of Falun Gong in China on July 20, 1999, many Falun Gong practitioners from neighboring countries gathered in the square in front of the government building and supported the appeal to the head of government. 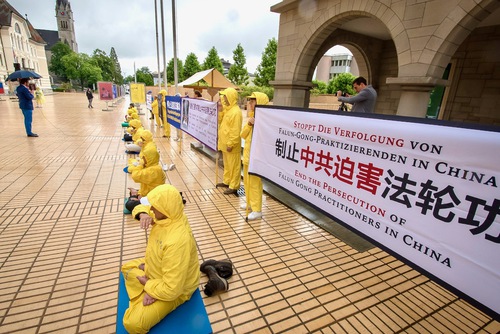 Silent protest in front of the government building in Vaduz

Among other things, the letter mentioned the connection between the occurrence of the coronavirus pandemic in various countries and their relationship with the Chinese Communist Party. It highlighted the many lessons from history about epidemics and heavenly retribution. It also described the illegal organ harvesting from Falun Gong practitioners that has been taking place since 2001. 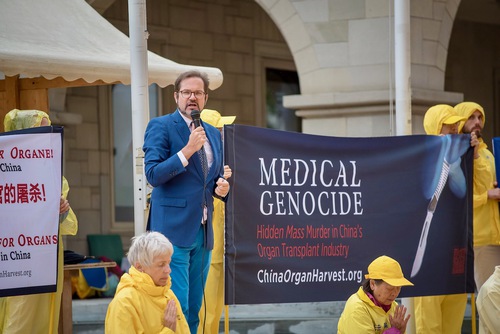 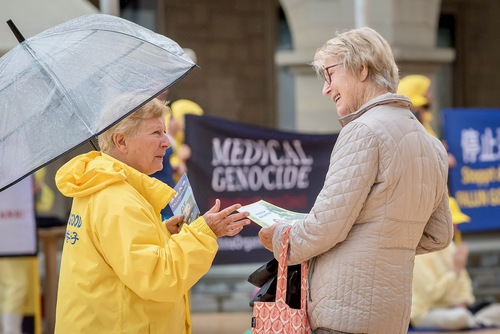 Information for the locals

In the future, these human rights criminals should be prosecuted by the enactment of a law similar to the “Magnitsky Act,” which the USA enacted in 2016. This law enables human rights criminals from all over the world to be punished. Entry into the USA is refused and assets are frozen. Similar laws now exist in Canada, Great Britain, and the three Baltic countries. In March 2019, the European Parliament passed a resolution calling on the EU member states to pass similar laws. Many other countries are in the process of introducing similar laws. 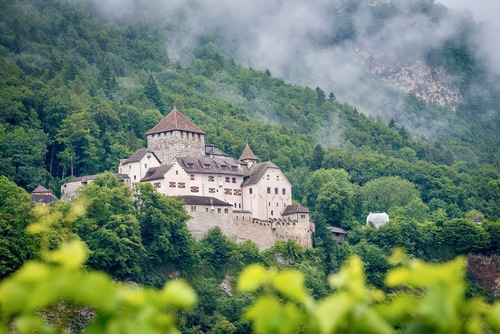 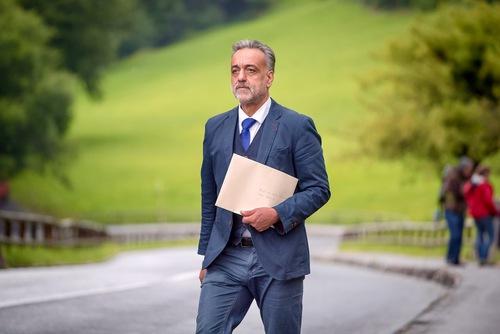 Delivering the letter to the Prince von und zu Liechtenstein

“May the rulers in Liechtenstein also ratify and implement a law corresponding to the Magnitsky Act.”