Mayor of O’Fallon, Missouri Proclaims May 13, 2020 as Falun Dafa Day 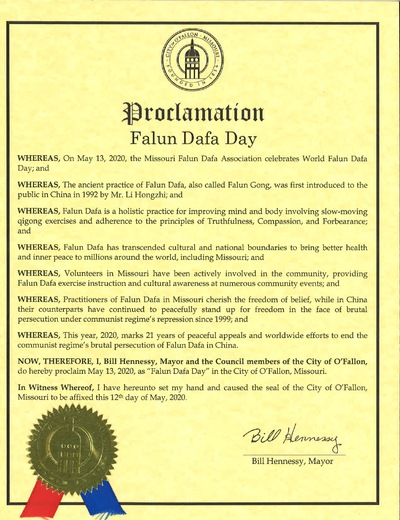 Proclamation from Mayor of the City of O’Fallon, Missouri, USA.

In his proclamation Mayor Hennessy wrote, “Falun Dafa has transcended cultural and national boundaries to bring better health and inner peace to millions around the world, including Missouri.”

“Practitioners of Falun Dafa in Missouri cherish the freedom of belief, while in China their counterparts have continued to peacefully stand up for freedom in the face of brutal persecution under communist regime’s repression since 1999.”