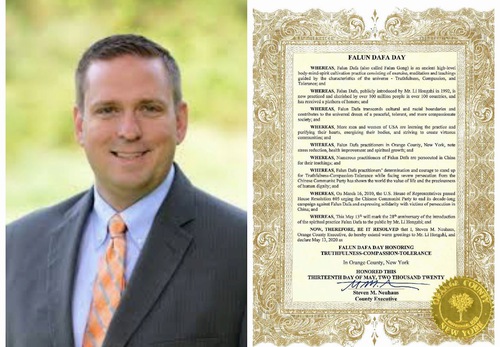 “Falun Dafa transcends cultural and racial boundaries and contributes to the universal dream of a peaceful, tolerant, and more compassionate society,” the proclamation reads.

“More men and women ... are learning the practice and purifying their hearts energizing their bodies, and striving to create virtuous communities;”

“Numerous practitioners of Falun Dafa are persecuted in China for their teachings;”

“Falun Dafa practitioners’ determination and courage to stand up for Truthfulness-Compassion-Forbearance while facing severe persecution from the Chinese Communist Party has shown the world the value of life and the preciousness of human dignity;”

“On March 16, 2010, the US House of Representatives passed House Resolution 605 urging the Chinese Communist Party to end its decade-long campaign against Falun Dafa and expressing solidarity with victims of persecution in China.” 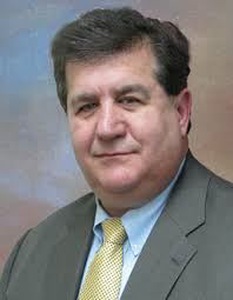 Mayor Joseph M. DeStefano of the City of Middletown 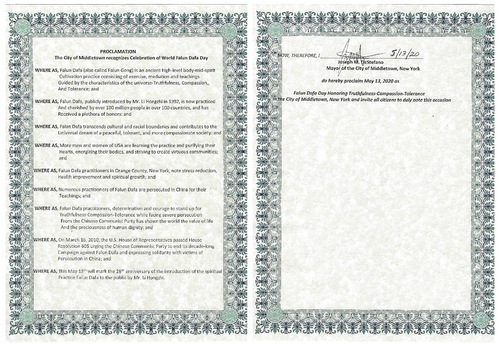 Proclamation from Mayor Joseph M. DeStefano of the City of Middletown 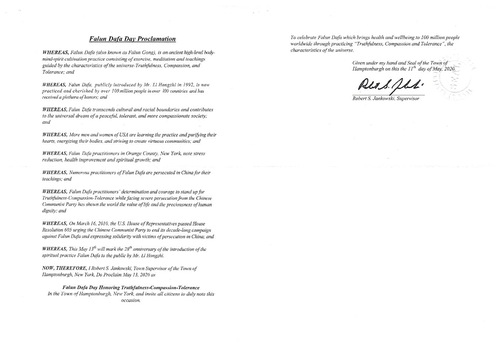