Chair of the Christian Democratic Union: The Courage of Falun Gong Will End the Persecution

Ines Claus, chair of the Christian Democratic Union (CDU), is fully aware of the persecution of Falun Gong in China. She sent a letter on May 5, 2020, in which she stated that she and her colleagues are working on stopping the persecution. 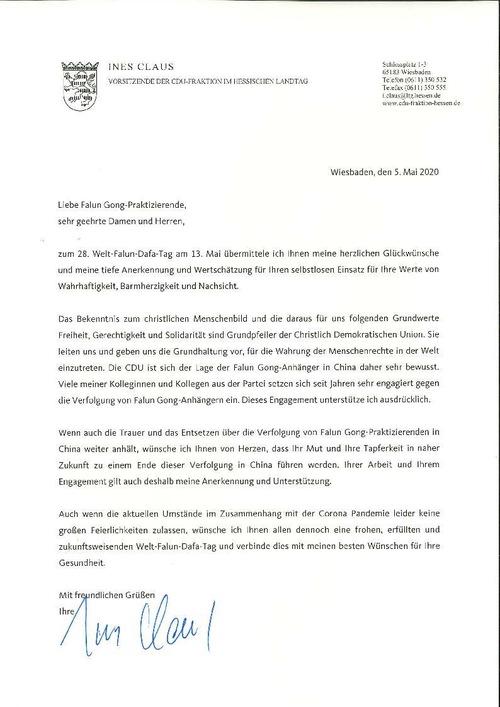 Member of Parliament: It Is Important to Have a Rally Raising Public Awareness

Bettina Wiesmann, member of the German Parliament, sent a letter to Falun Gong practitioners on May 7, 2020, wishing the Falun Dafa Day rally a success. In the letter, she stated that Falun Dafa advocated Truthfulness, Compassion, and Forbearance.

She also thanked Shen Yun Performing Arts for spreading traditional Chinese culture throughout the world. She stated that Falun Gong practitioners have suffered an unprecedented human rights persecution, perpetrated by the Chinese Communist Party (CCP). They even have been subjected to state-sanctioned organ harvesting from living practitioners.

She stated that the rally, initiated by Falun Gong practitioners, was important for raising public awareness. 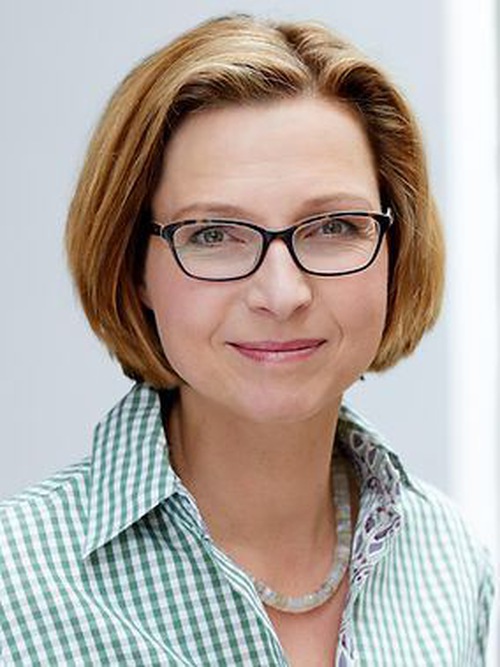 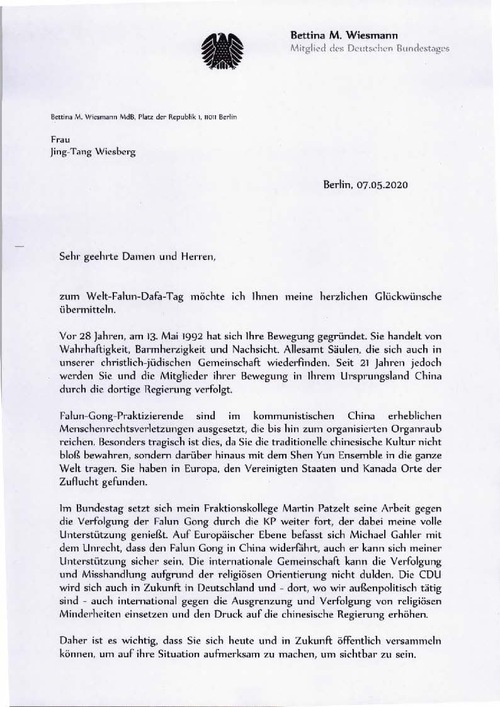 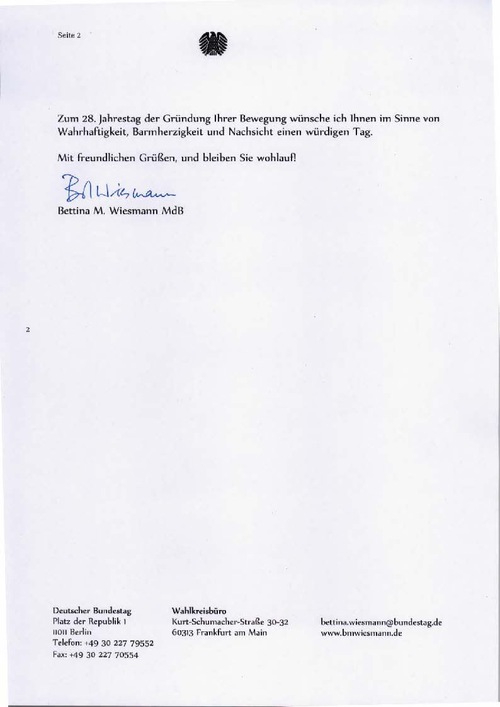 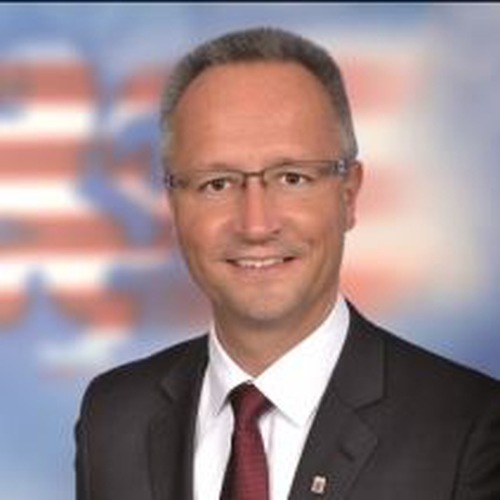 Heiko Kasseckert, a member of the Hessian State parliament and CDU spokesman 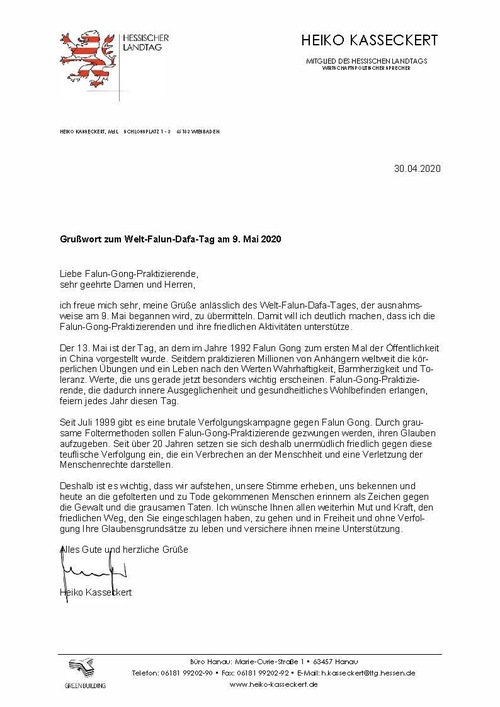 This persecution has continued for more than two decades, during which time Falun Gong practitioners persistently and peacefully fought against this evil persecution that harms humanity and violates human rights. Those who have been tortured and killed will be remembered. He hoped that practitioners will continue to have courage and strength, as well as continue to take the path of peace they have chosen, and adhere to the principles of their faith.

In addition, Dr. Nils Kowssler, chairman of the CDU parliamentary group from Frankfurt, also sent a letter to wish the celebration of World Falun Dafa Day a complete success. 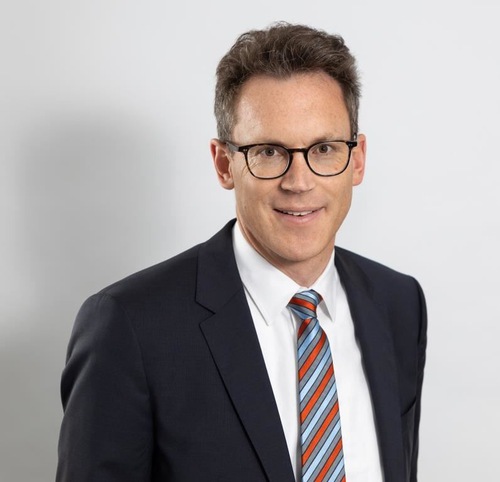 Member of Parliament: Truthfulness, Compassion and Forbearance Are Values That Humanity Pursue Together

Heike Hofmann, a member of the Federal Parliament of the Hesse Social Democratic Party (SDP), stated at the beginning of her letter that the Falun Gong principles of Truthfulness, Compassion, Forbearance are values worthy of pursuit.

She stressed that the persecution of Falun Dafa must end. She also said that for many years, Falun Dafa practitioners have been persecuted, imprisoned, tortured, and killed, which is not only shocking, but also totally unacceptable.

She confirmed that as early as 2013, the European Parliament passed a resolution condemning the CCP's forced harvesting of organs from living Falun Dafa practitioners. She called for the immediate release of all prisoners of conscience in China. 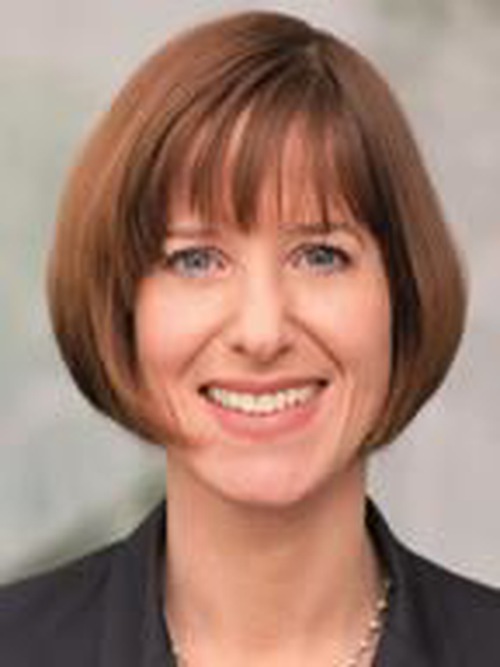 Heike Hofmann, a member of the Federal Parliament 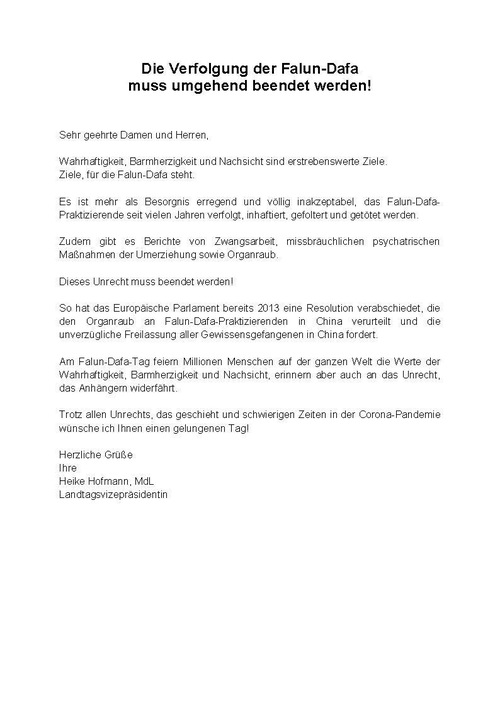 SDP Member of Parliament: Falun Dafa Provides a Way for Returning to Tradition

Ulli Nissen is a member of the Federal Parliament of the Social Democratic Party in Hesse, Germany. She stated in her letter that people were eager to return to traditional moral values, and that Falun Dafa provides such a way for the world.

She said that one can return to the good nature of human beings by following Falun Dafa's principles of Truthfulness, Compassion, and Forbearance. Practicing Falun Gong can make one’s life more fulfilling.

She stated that it makes her very happy that the important values of Falun Dafa are recognized by many people in Frankfurt, as well as by people world wide. She also condemned the CCP’s persecution. 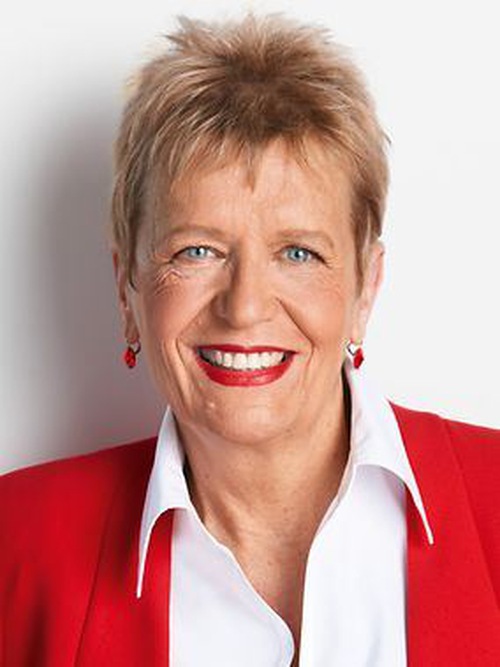 Ulli Nissen, a member of the Federal Parliament of the Social Democratic Party 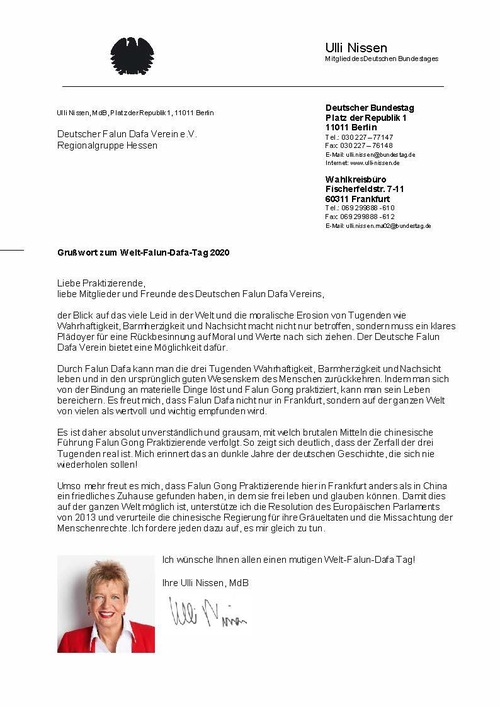 Green Party Members of the Hesse State Parliament: We will Work for the Freedom of Belief for Falun Gong Practitioners

Three members of the Hesse State parliament from the Greens sent a joint letter. They expressed their worry, given the plight of Falun Gong practitioners in China.

Karin Mueller (vice speaker of the Hesse Parliament), Martina Feldmayer and Miriam Dahlke condemned the CCP’s persecution. They stated that the CCP has no right to suppress, arrest and torture kind people.

They stated that they advocated peaceful coexistence and mutual respect, and would defend human rights, freedom of expression, and democratic ideas. They would work to stop any persecution and discrimination.

At the end of the letter, they asked the CCP to stop the persecution of Falun Gong practitioners. 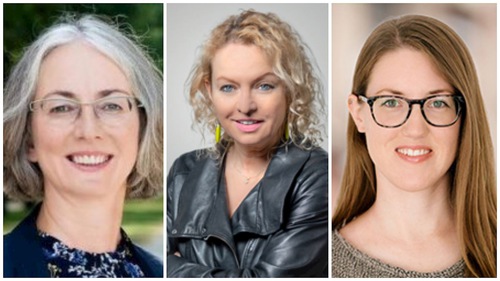 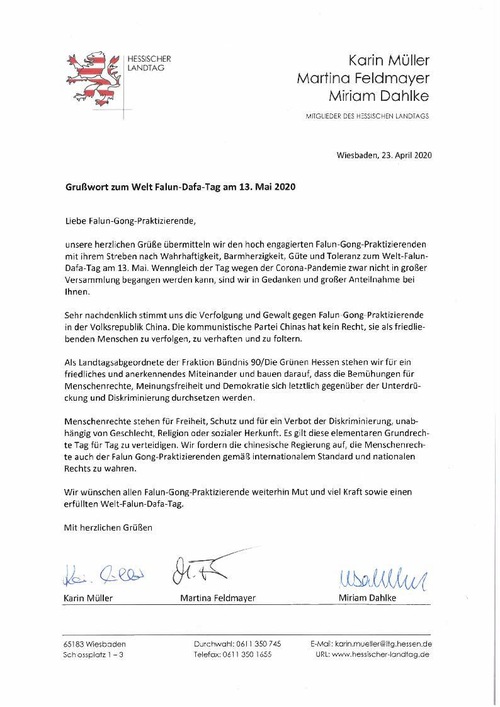