(Minghui.org) According to an article published by The Globe and Mail on April 14 titled “Former Liberal justice minister urges sanctions against Chinese officials who covered up early COVID-19 outbreak,” Mr. Irwin Cotler, the former justice minister of Canada, is urging the Canadian government to “impose Magnitsky-style sanctions on Chinese officials who mistreated or silenced whistleblowers, including medical staff and citizens, in the early days of the pandemic.” 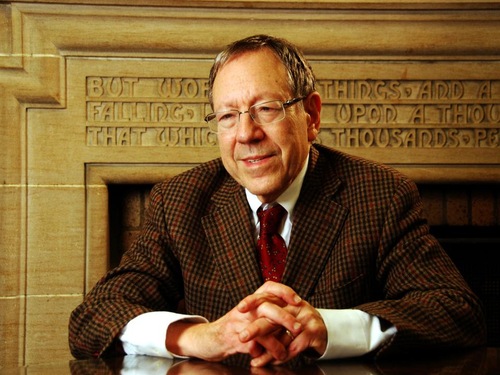 Mr. Cotler said he believed the spread of coronavirus could have been drastically reduced and the world would have been much better prepared if the Chinese Communist Party (CCP) had not covered up the information in the early stages of the pandemic.

He cited a study by researchers from the University of Southampton, which suggested that 95% of the transmission could have been prevented if the CCP had acted three weeks earlier.

Mr. Cotler said to The Globe and Mail, “The Chinese Communist Party has to be held accountable through naming and shaming, in the court of public opinion, in actual courts of law through international tort actions, and through Magnitsky sanctions.”

He said that he was expecting countries like Canada to seek reparations from the CCP via lawsuits.

The article also cited an excerpt from a commentary that Mr. Cotler wrote along with Judith Abitan, executive director of the Montreal-based Raoul Wallenberg Centre for Human Rights: “For 40 days, President Xi Jinping’s Communist Party of China concealed, destroyed, falsified and fabricated information about the rampant spread of COVID-19 through its state-sanctioned massive surveillance and suppression of data; its misrepresentation of information; its silencing and criminalizing of its dissent; and its disappearance of its whistleblowers.”

John McKay, the Liberal MP who chairs the Commons Public Safety and National Security Committee, echoed Mr. Cotler in The Globe and Mail article and expressed his intent to probe the CCP’s conduct in the early days of the outbreak.

“I think the definition of security is much broader than we have previously thought of it. ... Now we have to think in terms of pandemic security. The failure on the part of a nation to properly disclose its pandemic numbers and its impact in effect becomes a security issue for us all.” McKay told The Globe and Mail.

“Podcast (Cultivation): “A Year of Countering the Persecution and Maturing on My Cultivation Path””