(Minghui.org) Based on information received by Minghui.org, at least six Falun Gong practitioners in three provinces died between January 20 and February 16, 2020. All of them were abused while serving time for their faith. Three of them died while still imprisoned.

Ms. Fan Wenxiu, a 53-year-old resident in Yueyang City, Hunan Province, died on January 21, about two years after she was sentenced to three and half years for her faith.

Ms. Wu Xiufang, a 64-year-old resident of Fuxin City, Liaoning Province, died on February 8, about 16 months after she finished serving three years in prison for her faith.

Mr. Li Huifeng, a 48-year-old resident in Qiqihar, Heilongjiang Province, died on February 28, seven years after he finished serving 12 years in prison for his faith.

Retired School Principal Imprisoned for Her Faith and Dies at 78

A 78-year-old woman died in Liaoning Province Women’s Prison in mid-January 2020, only weeks before the end of her five-year term for refusing to give up her faith in Falun Gong.

Ms. Li Guirong, a retired elementary school principal in Shenyang City, Liaoning Province, was arrested on February 7, 2015, after being reported for distributing informational materials about Falun Gong. She appeared in the Hunnan District Court on June 24, 2015, and was sentenced to five years. Ms. Li’s latest arrest came only 15 months after she finished serving a seven-year prison term, also for her faith.

On October 17, 2006, Ms. Li, then 64, was arrested for talking to people about Falun Gong. She was sentenced to seven years by the Heping District Court on May 14, 2007. While Ms. Li was in Liaoning Province Women's Prison, the guards ordered inmates to beat and kick her and stomp on her hands. Her face bled, her hands were swollen, and she was covered in dark bruises. Much of her hair was pulled out.

By the time she was released on October 17, 2013, Ms. Li had become just skin and bones, her hair had turned gray, and all her teeth had fallen out. Yet, agents from the local 610 Office, an extralegal agency created specifically to persecute Falun Gong, still harassed her from time to time.

Death After Cancer Recurrence While Imprisoned

Ms. Fan Wenxiu’s cancer recurred after she was sentenced for spreading information about her faith in Falun Gong. The Yueyang City, Hunan Province resident was later released on medical parole. She never recovered and passed away on January 21, 2020. She was 53. 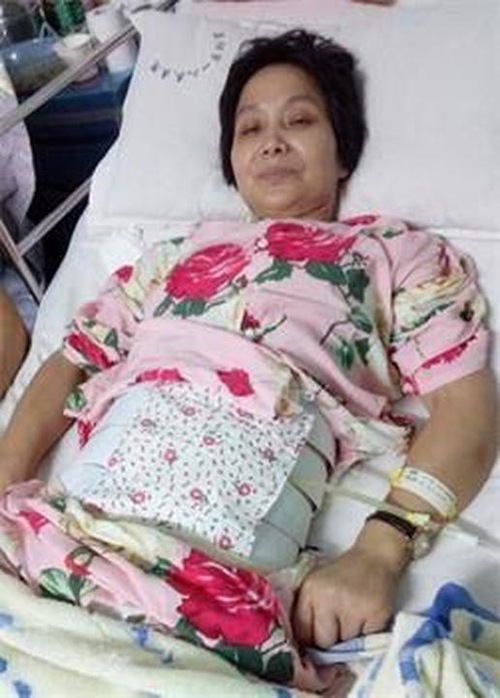 For distributing informational materials about Falun Gong, Ms. Fan was reported and arrested on September 1, 2017. A group of officers searched her residence when her mother was at home alone. Ms. Fan’s cellphone, Falun Gong books, and related materials were confiscated.

Junshan District Procuratorate approved her arrest on September 6, 2017 and forwarded her case to Junshan District Court on December 29, 2017. Ms. Fan stood trial on February 2, 2018 and was sentenced to 3.5 years in prison with a 5,000-yuan fine. Her brother and sisters pushed for her release due to her past medical record, to no avail.

Ms. Fan was sent to Changsha Women’s Prison on March 13, 2018. She was subjected to intensive brainwashing aimed at forcing her to renounce her faith. Her cancer soon recurred due to the mental pressure. She also suffered colon perforation. She had surgery on July 27, 2018 and had an ovarian tumor removed. Only then did the prison approve her medical parole and release her.

Ms. Fan resumed her daily Falun Gong exercises upon returning home, and she began to regain her health. She was able to cook and go out for grocery shopping. In March 2019, officers from Junshan District Justice Bureau harassed her at home and forced her to wear a digital monitoring device. A few days later, she began to have blood in her stool and suffered from edema. Yet the police still harassed her from time to time.

The stress from the persecution worsened Ms. Fan's health, and she passed away at a local hospital on January 21, 2020.

Mr. Zhang Zhencai and his wife, Ms. Zhang Lianrong, were arrested on July 14, 2019 for distributing informational materials about Falun Gong. The police ransacked their home the next day and confiscated their Falun Gong materials and other personal belongings.

The local Procuratorate approved their arrests on July 29, 2019. They were later sentenced by the Heishan County Court, with Mr. Zhang being given 23 months and Ms. Zhang 26 months.

Mr. Zhang was taken to a prison in Dalian City, Liaoning Province. A prison guard called his family on January 23, 2020 to say that he had been diagnosed with pancreatic cancer. Two weeks later, the prison informed his family that he had passed away on February 7. The name of the prison and more details about his death remain to be investigated.

Ms. Zhang is currently imprisoned at the Masanjia Ward of Liaoning Women’s Prison.

A Fuxin City, Liaoning Province woman passed away on February 8, 2020, less than two years after she was released from prison in a vegetative state. She was 64. Ms. Wu Xiufang was arrested on August 18, 2015, while putting up informational materials about Falun Gong.

She was sentenced to three years and taken to Liaoning Women’s Prison in June 2016. Ms. Wu suffered a hemorrhagic stroke due to mistreatment by prison guards. She lost all of her mobility and was kept alive with a feeding tube.

Despite her condition, the prison still forced her to finish serving the entire three years. By the time she was released on August 19, 2018, she was in a vegetative state. Her daughter took her to a hospital, only to be told that there wasn’t much medical staff could do to help her.

Because Ms. Wu’s pension was suspended due to the persecution, her daughter and son-in-law struggled to cover her medical expenses and to take care of her while both of them were employed full-time.

Mr. Hu Lin, a Shenyang City, Liaoning Province resident, had been in critical condition after months of holding a hunger strike and being tortured, but he was denied medical parole on the grounds that he refused to renounce his faith. The 47-year-old aircraft engineer died on February 16, 2020, while serving two years for practicing Falun Gong.

Mr. Hu was arrested on May 23, 2019, for distributing informational materials about Falun Gong. He started a hunger strike to protest the persecution after he was taken to Faku County Detention Center. He was tied to a bed in a spread-eagle position and force-fed. The guards left the feeding tube in his stomach in order to increase his suffering. 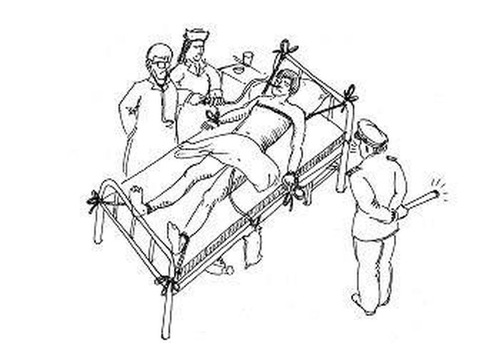 Torture illustration: Force-feeding while being tied to a bed

Mr. Hu was sentenced to two years by Faku County Court on June 20, 2019 and taken to Kangjiashan Prison on October 30, 2019. When Mr. Hu’s family visited him in the prison on November 7, 2019, he was emaciated. He also lost sensation in his legs and suffered multiple organ failure.

His family demanded medical attention for him, but the prison authorities refused and blamed Mr. Hu for shouting “Falun Dafa is good” after he was taken there. The prison guards said they wouldn’t release him even if he died.

With the outbreak of the coronavirus during the Chinese New Year, the prison prohibited his family from visiting or even calling him. Mr. Hu passed away around 1 p.m. on February 16.

Death After 12 Years of Imprisonment and Subsequent Harassment

A 48-year-old man died three days after the 2020 Chinese New Year, becoming the latest victim of the Chinese communist regime's persecution of Falun Gong. Mr. Li Huifeng, a resident of Qiqihar City, Heilongjiang Province, served 12 years in prison for refusing to renounce his faith in Falun Gong. The police constantly harassed him after he was released in January 2013.

Even after he moved to other cities to avoid the persecution, the police always managed to find him and sometimes harassed his family as well. The police harassed Mr. Li at work prior to the communist regime’s 70th anniversary of its founding in October 2019, leaving him in deep distress. He had a stroke on January 20, 2020, and died eight days later.

Mr. Li and his wife, Ms. Zhang Shuzhe, were arrested on January 22, 2001. While interrogating him, the police cuffed his hands behind his back and hung him up by the handcuffs. They then tied to each of his feet and pulled the ropes in opposite directions, forcibly splitting his legs parallel to the ground, leaving him in excruciating pain. They also kicked and pushed him to make him swing like a pendulum.

One officer laughed at him and said, “My pleasure is built upon your suffering.” The police then shocked his genitals with 100,000-volt electric batons, causing severe burns. His arms were also injured, and he couldn’t lift them until six months later. 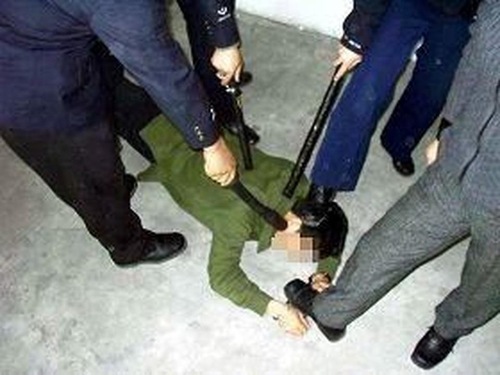 Mr. Li was taken to Qiqihar City No. 2 Detention Center and sentenced to a 12-year prison term by the Jianhua District Court in July 2001. He appealed the verdict, only to receive a document from Qiqihar City Intermediate Court stating that he had agreed to the verdict and given up the right to appeal.

His wife was sentenced to four years in Harbin Women’s Prison.

Retired School Principal, 78, Dies in Prison While Serving Time for Her Faith

Heilongjiang Man Dies After 12 Years of Imprisonment and Subsequent Harassment

Hunan Woman Dies After Cancer Recurrence While Imprisoned for Her Faith

Imprisoned Woman Released in a Vegetative State, Dies a Year and a Half Later

“Improving in Cultivation through Promoting the Shen Yun Symphony Orchestra”

“Pastry Chef in Taiwan: From Misery to Happiness”