Queensland, Australia: Car Parade Calls for End of the CCP

(Minghui.org) As part of ongoing efforts to expose the persecution of Falun Gong in China, Falun Gong practitioners in Brisbane Australia, held a car parade on November 29, 2020. The ancient Chinese spiritual belief and meditation practice has been persecuted by the Chinese Communist Party (CCP) since 1999, and practitioners in Brisbane have been actively raising awareness of the human rights atrocities.

Twenty-five cars took part in the procession. Each vehicle carried a car-top sign with such messages as, “Falun Dafa (Falun Gong) is good,” “Quit the CCP to stay safe,” “End the CCP,” “CCP is the most evil virus,” “Say no to the CCP,” and “CCP lied, Australians died.” As the practitioners drove through Brisbane, motorists honked at them to show their support. Many people made video recordings of the parade and waved at practitioners. One Chinese student shouted, “Take down the CCP!”

Event coordinator Jenny said that because of the CCP virus (COVID-19) pandemic, people still are not able to resume the lifestyles they used to have. “They can’t come to our regular spots to learn about the practice and the evil persecution. So we decided to let more people know about the threat the CCP poses through this mobile stage. Those who choose to distance themselves and quit the CCP will be safe from the CCP virus,” she said.

The car parade started from Bendell Park in Sunnybank Hills and went by Sunnybank Market Square, where many Chinese businesses are located. It then continued onto the arts and entertainment district of South Bank, Brisbane City Hall, China Town, Westfield Garden City Shopping Center, and back to Bendell Park. 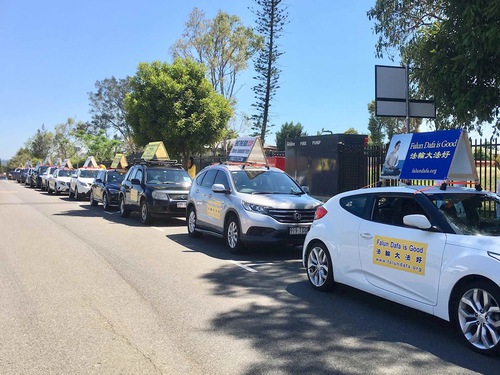 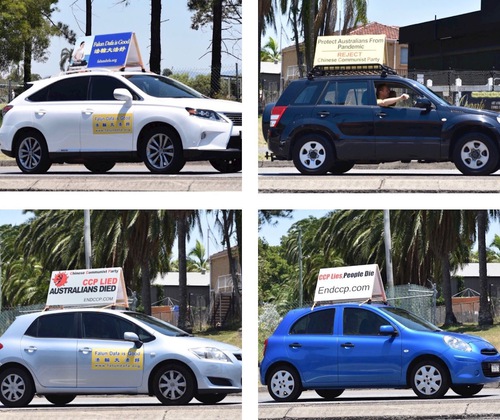 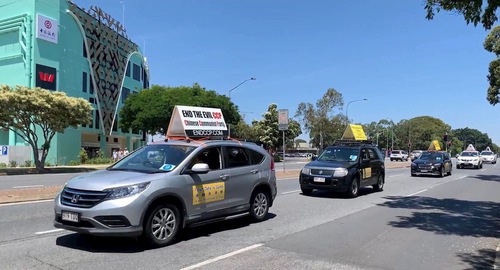 Falun Gong practitioners in Queensland participate in a car parade themed “End the CCP” on November 29, 2020, to expose the CCP’s evil nature and the persecution of Falun Gong. 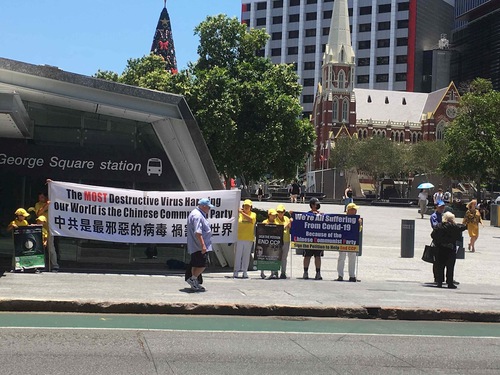 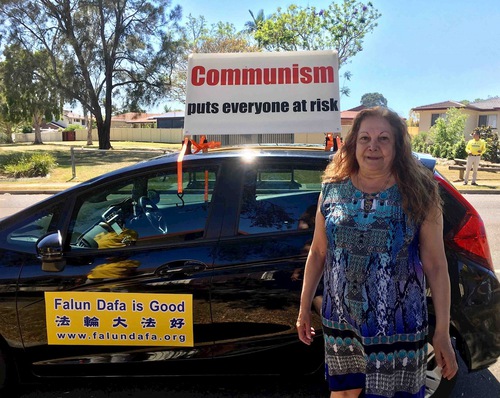 Local resident Joanne saw the cars lined up before the parade and stopped to talk with practitioners. After learning about the CCP's crimes, she encouraged the practitioners: “I absolutely support you. This car parade is so meaningful. Look, everyone came to see it!”

Joanne had heard about the atrocities of organ harvesting before. “It’s horrific that the CCP harvests Falun Gong practitioners’ organs while they are still alive! It must be stopped,” she said. “The CCP not only wants to control the Chinese people but also the world. The CCP is not China. We should let more people know that Falun Gong practitioners are persecuted simply because they believe in Truthfulness, Compassion, and Forbearance!” 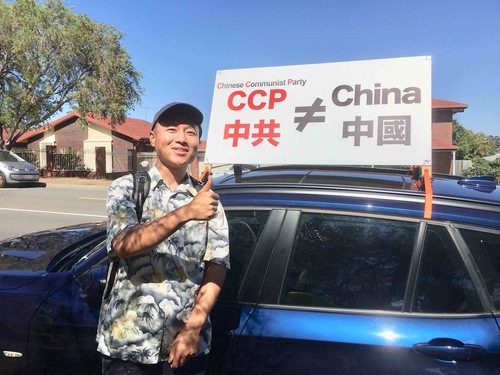 Si Ling, a financial scholar exiled from China, volunteered to join the parade. “The CCP has never stopped cracking down on Chinese people’s freedom of belief and speech,” Mr. Si said. “This car parade to ‘end the CCP’ is definitely meaningful. When spectators see the signs on the cars, they are likely to search online to find out the truth after they get home. In this way they will get our message.”

Si continued, “The truth about the CCP is particularly important to Chinese people in Australia. The CCP wants to bring destruction to mankind, and quitting the CCP and its affiliated organizations is the way out. Quitting the CCP is a priceless antidote that can awaken people’s conscience.”

As the parade drove by King George Square, a Chinese student waved at the cars and shouted out, “Take down the CCP!”

The student told practitioners that he grew aware of the CCP’s tactic of using propaganda to lie to the world when he was 14. “Since the CCP came to power, it enthusiastically engages in all kinds of movements and has caused ultimate tragedies. It then hides its history,” he said.

He also said that he did what he could to help spread the truth, such as printing booklets about the truth of the CCP virus. “I want the CCP to be done soon,” he said.

“A Highly Recommended Book: How the Specter of Communism Is Ruling Our World”