More than 8,000 volunteers from southern Taiwan participated in the event. The Tian Guo Marching Band was invited to lead hundreds of volunteer teams into the venue. The band's performance was praised by event attendees. During the closing ceremony, the band was given the most special contribution award and a certificate of appreciation. 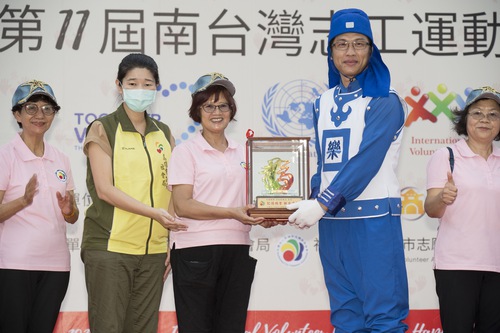 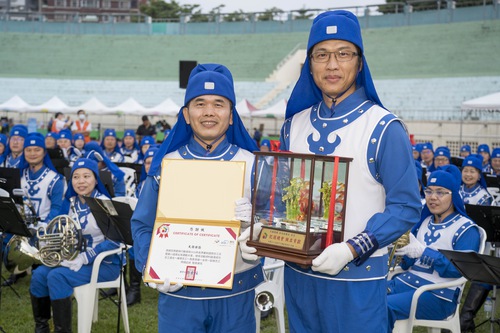 The Tian Guo Marching Band was given the most special contribution award and a certificate of appreciation during the National Volunteer Convention in Kaohsiung, November 28, 2020.

During the awards ceremony, the moderator praised the Falun Dafa (also known as Falun Gong) group and said, “They arrive the earliest and are the last to leave in the evening. They perform for our volunteer convention and lead everyone into the stadium. Among all the participants, they are the most energetic, the most amazing, the most disciplined, and the most cooperative, and have the best mental and physical strength. The other volunteer teams should learn from them.” 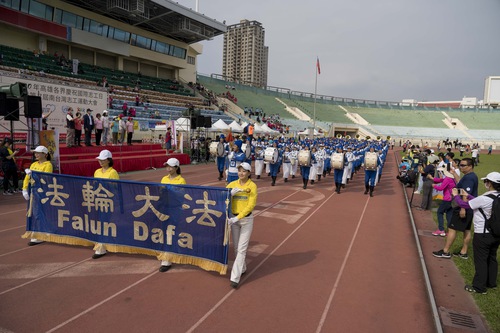 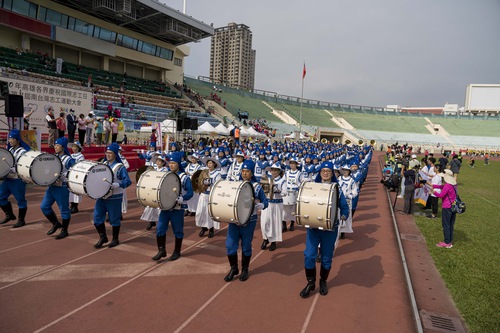 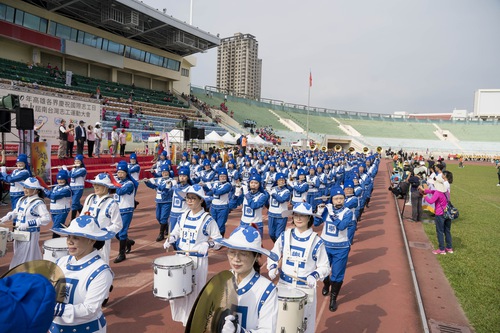 The Tian Guo Marching Band performs while leading other teams into the stadium.

Director of the Association of International Volunteer Exchange: Touching and Glorious Performances 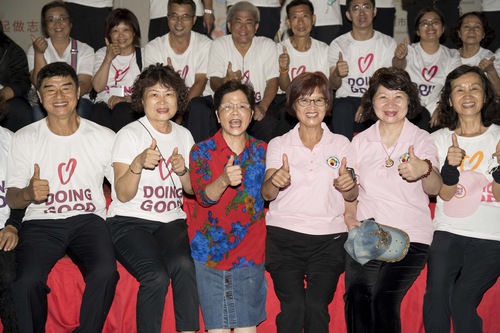 Director Hsu Hui-mei (third from left on the front row) and others praise the band.

“The theme of this year’s event is like-minded and brilliant volunteers,” said Director Hsu Hui-mei, Director of the Association of International Volunteer Exchange, “We volunteers like the Tian Guo Band very much. Such a large-scale band with its majestic and energetic pace leads us—this is touching and glorious.”

“The band performs the best music for us volunteers. I admire the band’s team spirit.”

She said, “More than ten years ago, we invited the band for the first time. The performance was amazing. We have enjoyed a good relationship with the band since then. When my group heard the band was coming to play, we were very happy and look forward to their performances.” 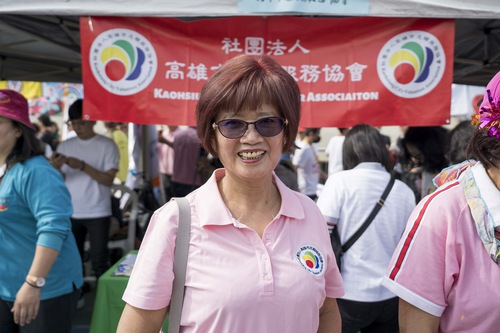 “The volunteer convention is held every two years, and this is the eleventh,” said director Cai Su-chen of Kaohsiung Volunteers Association, “Every time a large-scale event is held, we are very grateful that the band accepts the invitation. The band's performance is very professional with wonderful and rich programs. What I admire the most is their team spirit. The members are understanding and cooperative. The music they play is resonant and inspiring.”

She continued, “Falun Gong can purify people’s mind and make people fit and healthy, which is what we volunteers need. Only with good physical strength and cheerful personalities can we serve others. I hope the band will attend the next convention, so that thousands of people can hear the peaceful music full of hope, which adds brilliance to our event.” 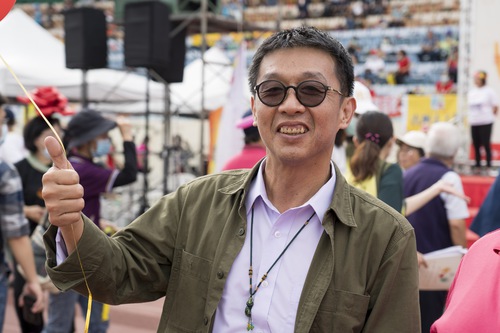 Director: The Band Is a Role Model 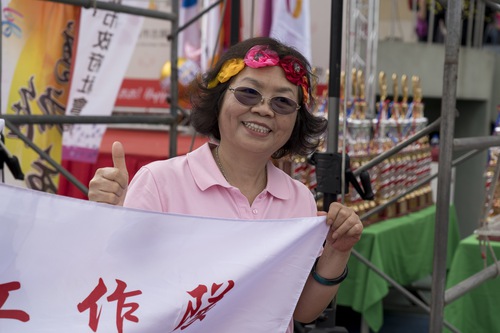 “The band’s performance in the volunteer convention in the past few years has been noticed by everyone,” said counseling director Chuang Yue-chu. “The band has worked hard and performed in public activities. Every time, no matter whether it is sunny or raining, they are the first to arrive and the last to leave. They are full of energy, happy and peaceful. They are consistent and make one feel very warm. The band is a role model for volunteers.” 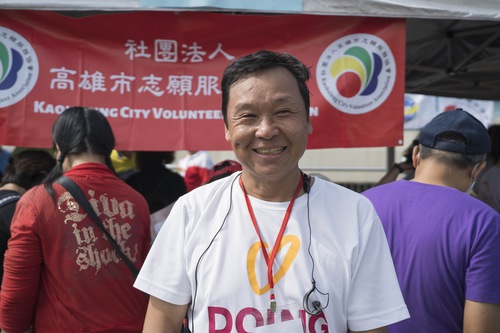 “The band's performance adds great energy and vitality to this event,” said Chuang Wen-sheng, Head of International Elite Group, “I heard of Falun Dafa in many places and I've seen their group practice. I also watched the Tian Guo Marching Band perform before. It is our honor to have the band join this event.” 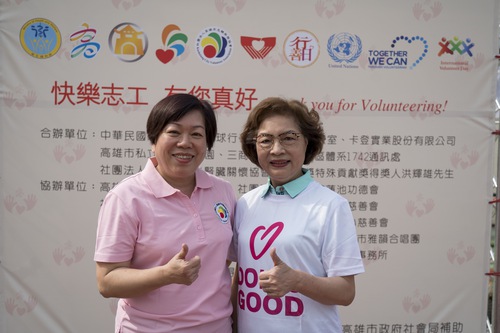 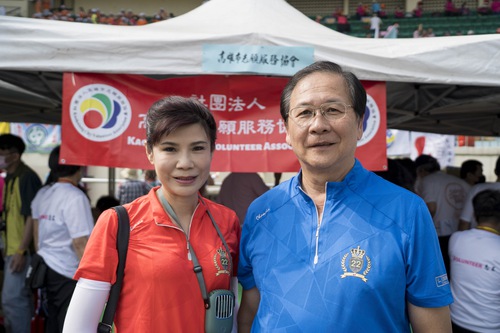 Former director Lu Ma-li of Kiwanis International is also the Standing Director of Kaohsiung Volunteer Group. She said, “I know about the CCP's persecution—but Falun Dafa is welcomed in Taiwan and in other democratic countries.”

Former Director Wang Mei-Li said, “It is our honor to have the Tian Guo Marching Band participate in this event. The band is uniform and leads the other teams to enter the arena. It is an encouragement to the volunteers.”

Former Director Chen Si-hua has been a volunteer for over 20 years, including working in a hospital as a volunteer. She said, “I have seen Falun Dafa practitioners in other parts of the world. Although it is persecuted in China, Falun Dafa is safe in Taiwan. We support it very much.”

“Instead of Avoiding the Police, She Saved Them”