The majority of passersby on the bridge on weekdays are commuters. Because the bridge is near Hamburg City Hall, it is also popular with tourists. In the early evening, the Christmas lights that went up recently added to the lively atmosphere. Because of restrictions due to the coronavirus pandemic, practitioners were not allowed to hand out fliers to pedestrians.

However, Falun Gong practitioners' calm expressions in the cold wind, their graceful exercise movements, and the beautiful music made people stop and want to learn more about the practice. Some passersby took the initiative to sign the practitioners' petition after reading some of the banners, and some took brochures about Falun Gong of their own accord. 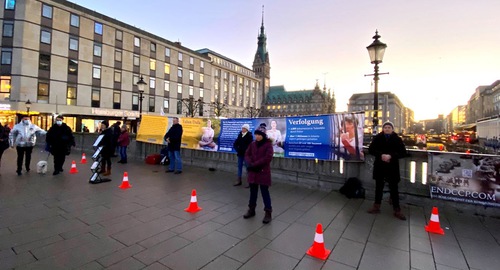 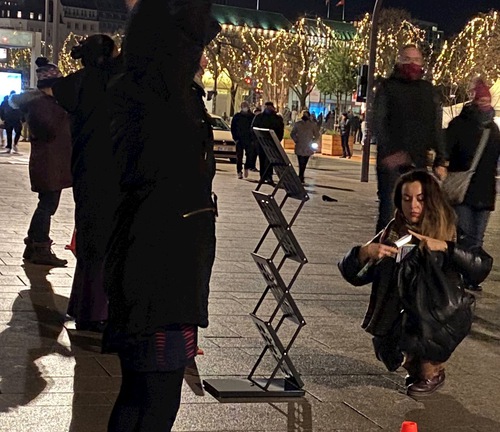 Behrens was passing by when he paused to read the banners. He asked a practitioner what the others who were demonstrating the exercises were doing

The practitioner explained that they were doing the Falun Gong exercises and then told Behrens more about Falun Gong and the Chinese Communist Party's (CCP) 21-year-long persecution of the practice, including its state-sanctioned organ harvesting from Falun Gong practitioners.

When he asked if he could sign the petition, Behrens said, “This persecution is despicable. How can such a thing happen? People can’t do such things to animals. And just because of a person’s beliefs. Such things cannot be allowed to happen.” 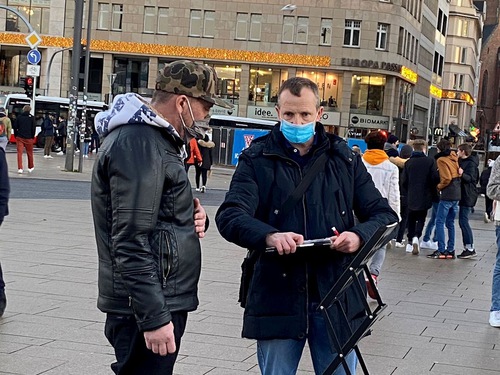 Behrens signs the petition to protest the persecution

Peter read a nine-meter-long banner from beginning to end as he passed by. He returned after walking a short distance away and signed the petition. He said he wanted to add his voice to protest the CCP’s atrocities. He said he had heard about the persecution. 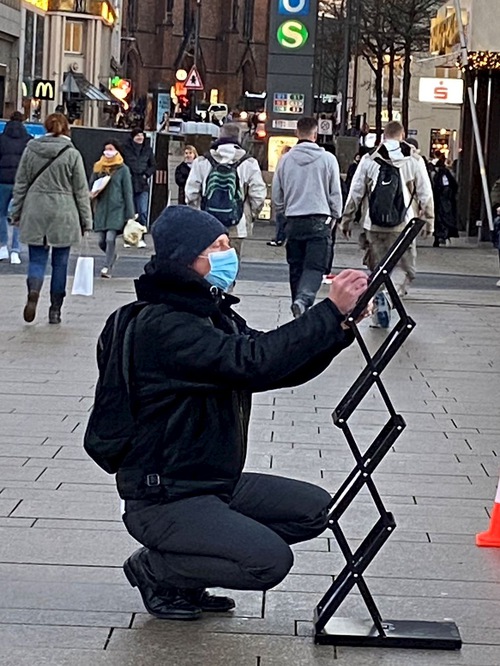 Jasper was saying farewell to several of his friends nearby and then turned around to read the posters. He signed the petition right away and said he wanted to help stop the persecution. He said it was the first time he’d heard about the CCP’s persecution. “The persecution will have to stop when the voices protesting the persecution become too strong,” he said. 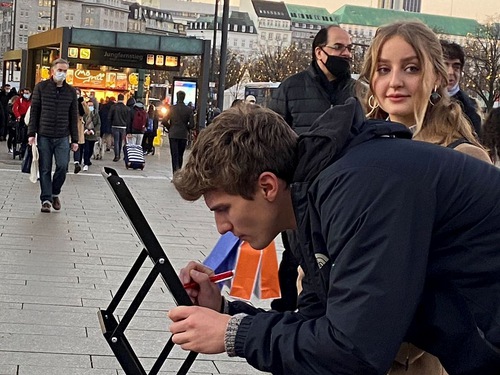