(Minghui.org) A Suzhou City, Jiangsu Province, resident, was recently sentenced to three years and three months for her faith in Falun Gong, a spiritual and meditation discipline that has been persecuted by the Chinese communist regime since 1999. 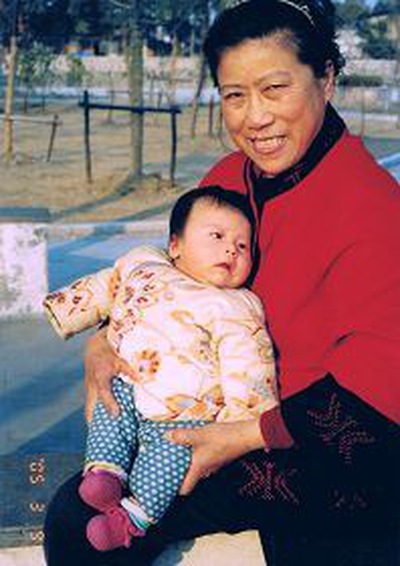 Ms. Ji Guizhen and her granddaughter

Ms. Ji Guizhen, 73, took up Falun Gong in July 1997 upon witnessing many of her husband's ailments cured through the practice.

Ms. Ji was arrested on September 23, 2019 and dragged to the police car. She was released on bail on the same evening.

Around mid-March 2020, Ms. Ji received a letter from the Wujiang District Court, saying that “due to an unforeseen reason, the judge won’t be able to hear the case for a long time,” so they’d decided to dismiss it.

However, the court informed her in late July that they had scheduled a hearing on August 11, 2020. Ms. Ji attended the hearing as scheduled and was sentenced to prison in mid-December. The judge also fined her 3,000 yuan.

This is the third time that Ms. Ji has been incarcerated for her faith.

Ms. Ji, her husband, Mr. Xu Shimin, and their daughter Ms. Xu Anli, were arrested in late November 2000 and detained at the Suzhou No. 1 Detention Center. Ms. Ji was given two years at Judong Forced Labor Camp a month later. Her husband and daughter were also given three years and one year of forced labor, respectively.

Ms. Ji and her husband were arrested again on July 17, 2009. Three police cars surrounded their home and the police scaled the fence to break in. Although Mr. Xu was later released, Ms. Ji was kept in custody at Suzhou City No. 1 Detention Center. She was sentenced to three years in Nanjing Women’s Prison by the Huqiu District Court on June 18, 2010.