(Minghui.org) Falun Dafa practitioners in Malaysia raised awareness of the persecution through multiple channels on December 10, Human Right Day. They informed people that the twenty-one-year long persecution of Falun Dafa is still going on in China. They called for it to end and for the Chinese Communist Party (CCP) to be disintegrated.

Falun Dafa practitioners in Malaysia released Human Rights Day news announcements in three languages (Chinese, Malay, and English), in the form of video and texts, to government officials at all levels, the media, and people from all walks of life starting on December 10, 2020. The news announcement exposed the CCP’s persecution of Falun Dafa in China and especially its crime of killing practitioners for their organs. 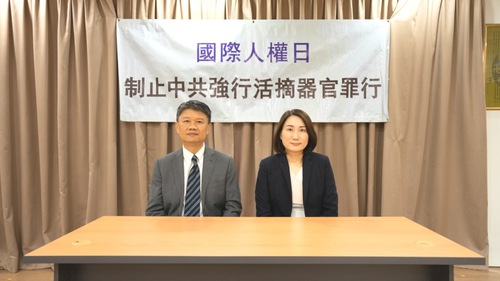 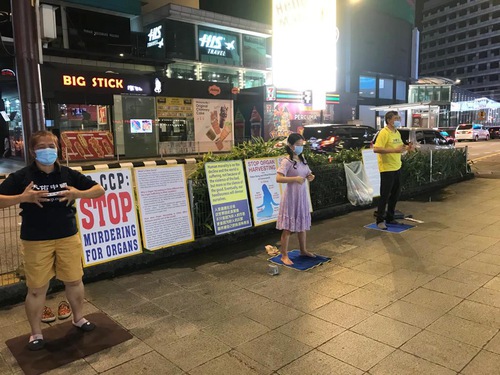 Malaysian Falun Dafa practitioners put up exhibition boards and did the exercises in downtown Kuala Lumpur to raise awareness of the persecution in China. 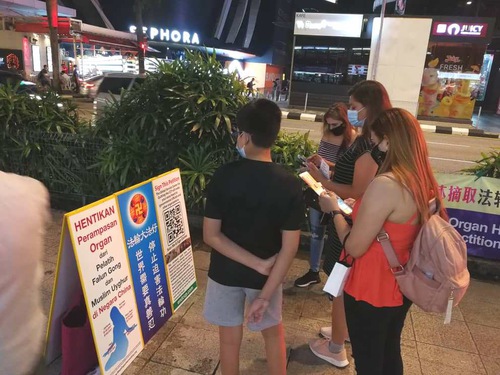 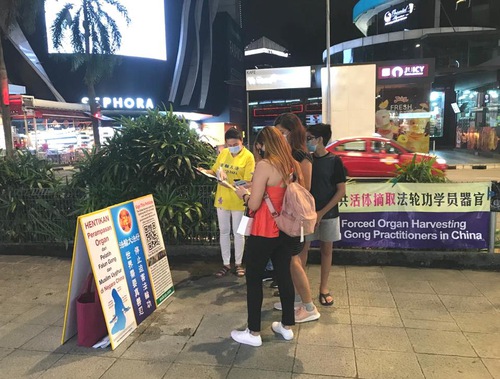 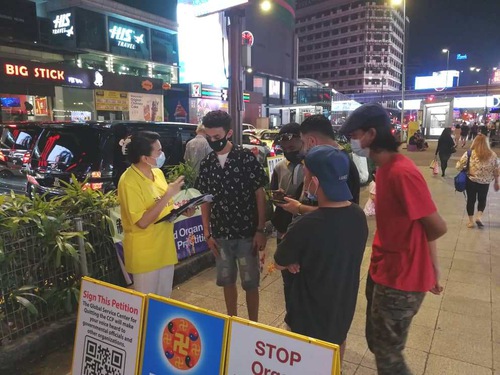 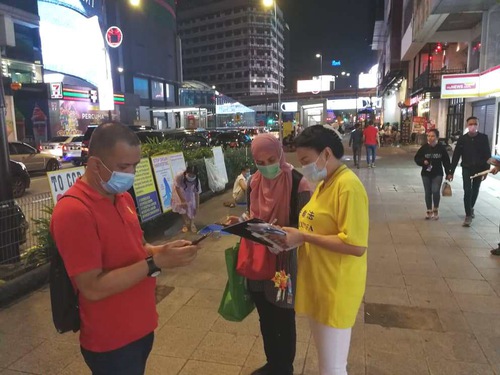 People read the display board and listened as practitioners explained the facts about Falun Dafa and the persecution.

Everyone is entitled to basic human rights as stipulated in the Universal Declaration of Human Rights. Practitioners called on the Malaysian government to continue to implement Article 11 of the Constitution of Malaysia, which grants Falun Dafa practitioners freedom of belief. Practitioners also urged the Malaysian government to continue to recognize the legal registration status of the Falun Dafa Association in Malaysia, just as other countries or areas do, such as Hong Kong, Taiwan, Australia, South Korea, the United States, the United Kingdom, Canada, etc.

Practitioners also urged the Malaysian media to perform their due professionalism and abide by media professional ethics, to report news about Falun Dafa based on facts, and to stop spreading the fake news fabricated by the CCP to slander Falun Dafa.

Practitioners held activities in downtown Kuala Lumpur on the evening of December 11th and 12th, to call on people to help stop the persecution of Falun Dafa in China. Many people expressed their support after learning the facts.

Ms. Rosaford from the UK has lived in Malaysia for 20 years. She teaches at an international school. She told practitioners that she had heard of Falun Dafa and knew about the persecution. 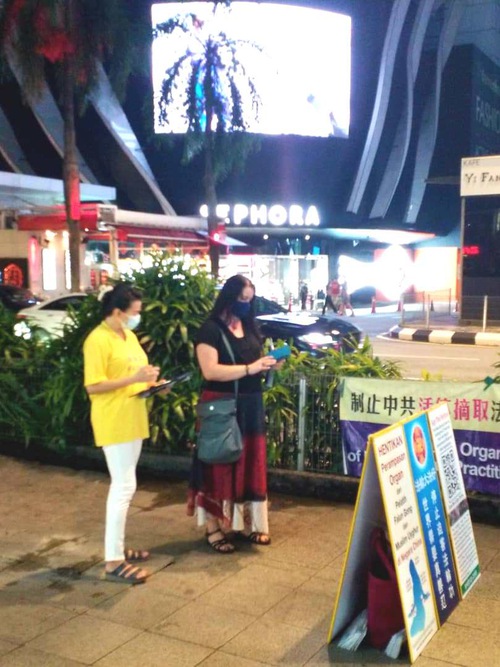 Ms. Rosaford from the UK stopped to read the informational board.

Mr. Mohmmad Khateeb has worked in Malaysia for four years. After learning the truth, he called on people to stop the CCP from harvesting organs because everyone has the right to live.

Mr. Naiim, who works nearby, is from Syria. He often sees Falun Dafa practitioners standing on the street clarifying the truth. He said he is very moved by them. He said he also knows about the persecution. He is against the CCP and encouraged everyone to sign the “End the CCP” petition. 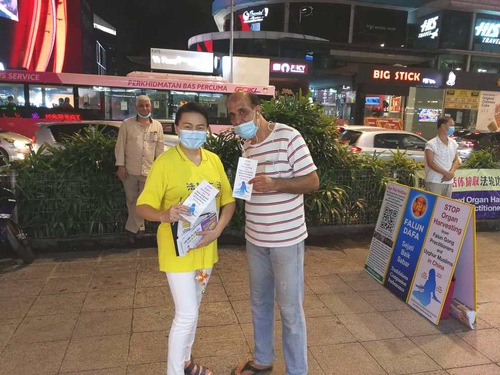 Mr. Naiim from Syria knows the truth about persecution and is against the CCP.

Ms. Guo Shufang, 68, has practiced Falun Dafa for 17 years. She is from Sandakan, Sabah, East Malaysia. She sang professionally in the 1970s and is now retired.

She said that she clarifies the truth to people because the CCP started to persecute Falun Dafa on July 20, 1999. She tells people that the CCP persecutes practitioners with its policies of “ruin their reputations, bankrupt them financially, and eliminate them physically” to coerce them to renounce their belief. The CCP kills practitioners for their organs and makes huge profits, and the persecution is still going on. She said, “This evil has never happened on this planet. So I must tell people the truth. I want to tell people that Falun Dafa is good, Truthfulness-Compassion-Forbearance is good!” 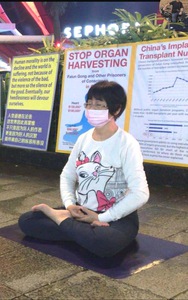 Ms. Guo Shufang has practiced Falun Dafa for 17 years. She said she must tell people about the persecution, and that Falun Dafa is good, Truthfulness-Compassion-Forbearance is good!

Mr. Xie Miaolong, 54, is from Kuala Lumpur. He has practiced Falun Dafa for 12 years and has been letting people know about the persecution. He said, “The CCP is still smearing Falun Dafa with various lies and fake news. I feel obligated to let more people know the facts and awaken their conscience. I hope that people will not continue to be deceived by the CCP, and will not follow it to commit crimes. Only then can people have a bright future." 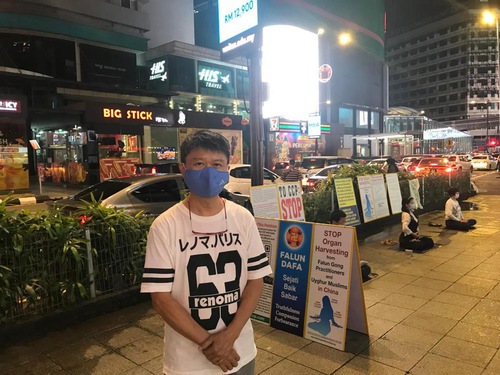 Mr. Xie, who has been practicing Falun Dafa for 12 years, said that he wants to let more people know the truth.