Retired Doctor Dies After Years of Imprisonment, Extortion and Harassment

(Minghui.org) A retired doctor in Xuchang City, Henan Province died at age 72 on July 31, 2020, after suffering years of persecution and torture for her faith in Falun Gong.

Falun Gong, also known as Falun Dafa, is a meditation and spiritual practice that has been persecuted in China since July 1999. Because Ms. Zhang Ronghuan remained steadfast in her faith, she was twice imprisoned for a total of 8 years and suffered significant financial losses. The authorities continued to harass her and her family after her release, despite her poor health from the prison abuses. 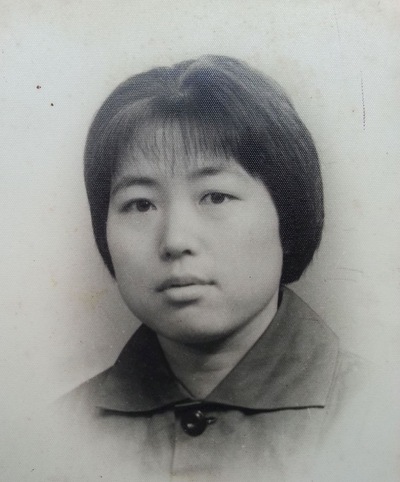 Before she began practicing Falun Gong, Ms. Zhang used to have primary autonomic insufficiency, a rare disease that is hard to treat. She had a heart condition and was constantly short of breath. She frequently felt dizzy and passed out. No doctor or hospital could cure her.

Ms. Zhang's health greatly improved after she took up Falun Gong in 1997 and she was able to work around the house. She followed the principles of Truthfulness, Compassion, and Forbearance, and told others about how great Falun Gong is. However, after the Chinese communist regime launched the persecution of Falun Gong in 1999, her life was turned upside down.

First Arrest and 3.5 Years of Imprisonment

A group of agents from Xuchang City 610 Office (an extralegal agency created to persecute Falun Gong), Domestic Security Office, and Beida Police Station broke into Ms. Zhang’s home on June 3, 2006. They ransacked her home and placed her in the city detention center. While interrogating her, Sun Lina from the Weidu District Police Department beat and kicked her and struck her chest with bricks. Afterwards she was dizzy and suffered from fever and tinnitus.

The prosecutor from Weidu District fabricated evidence against Ms. Zhang and brought her to trial. The District Court did not allow her to defend herself and sentenced her to three and a half years in Xinxiang Women’s Prison.

Ms. Zhang was brutally tortured in prison because she refused to give up practicing Falun Gong. The guards and inmates often slapped her in the face and beat and kicked her until she passed out.

She was repeatedly put in solitary confinement. She was only given half of what other inmates had for each meal – half a bowl of porridge and half a slice of bread. One time the inmates insulted her by strip searching her. The inmates took turns watching her. Every night the guards handcuffed her hand to the bed rail before she went to sleep.

One time the prison authorities put Ms. Zhang in solitary confinement for two months. Many times they handcuffed her hands to the door knob and did not release her until she fainted. A few times the guards tied her hands and body to a chair and had a doctor inject her with an unknown drug.

When she was released in January 2010, she had lost so much weight that she was merely skin and bones.

Second Arrest and 4.5 Years of Imprisonment

Someone reported Ms. Zhang for talking to people about the benefits of Falun Gong near the People’s Hospital on April 1, 2013. Officers at Beida Police Department arrested her and ransacked her home later that day. They took her Falun Gong books and many other personal belongings.

Ms. Zhang was transferred to Gaoqiaoying Detention Center. She was held there for 8 months before she was tried secretly in Weidu District Court. The judge sentenced her to 4.5 years. She appealed, to no avail.

Ms. Zhang’s lawyer visited her in the detention center in February 2014. She seemed emaciated. She was too weak to lift her head and open her eyes. She couldn’t straighten her back, and her lawyer thought that she might pass out any time.

Ms. Zhang was thrown into Xinxiang Women’s Prison despite her poor health. The relentless torture further worsened her condition. She frequently fainted, sometimes as soon as she got out of the bed. She was too weak to lift anything. Many of her teeth fell out. Still the prison authorities wouldn’t grant her a medical bail. By the time she was released, she weighed about 60 lbs.

Ms. Zhang loved her parents and often visited them. She also volunteered to take care of her mother-in-law at home.

Following Ms. Zhang’s arrest and second prison term in 2013, her father, then 80-year-old, was so traumatized that he fell ill and died during the 2014 Chinese New Year without seeing her one last time. Her mother died crying and worrying about Ms. Zhang’s safety. Her mother-in-law was in her 90s. Before she died, she still talked about how she missed Ms. Zhang.

The prison authorities didn’t let her see them for the last time or attend their funerals.

Ms. Zhang’s husband worked in a shipping company and left her all his savings when he died from an illness in 2003. When the police ransacked her place on June 3, 2006, they confiscated all her cash, more than 300,000 yuan (US$ 46,000). Ms. Zhang demanded that the police return her money after she was released in 2010, but the police claimed that they had returned it to her family and they denied they had any knowledge about it then.

After Ms. Zhang was released in October 2017 from her second prison term, she realized that the local social security bureau had suspended her pension in the past 4.5 years when she was in prison.

A month before Ms. Zhang passed away, two officers from Beida Police Station went to her home demanding that she quit practicing Falun Gong. The two left after seeing her being sick and bedridden. A few days later on June 28, 2020, the police and local officials came to harass her again. They took photos as soon as they entered her home. They called Ms. Zhang’s daughter at work and had her daughter come home to convince her mother to give up faith. Her daughter refused.

“U.S. Ambassador-at-Large: The U.S. Leading the World in Going at China About Religious Freedom Violations”