Because of the coronavirus pandemic, fewer international tourists visit the park. Nonetheless, several passersby stopped to read the banners, accepted materials, and asked about the current situation. Many of them had already signed petitions to support a criminal complaint against former Chinese Communist Party (CCP) leader Jiang Zemin for launching the persecution in July 1999. 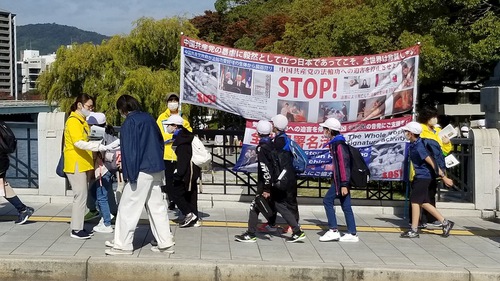 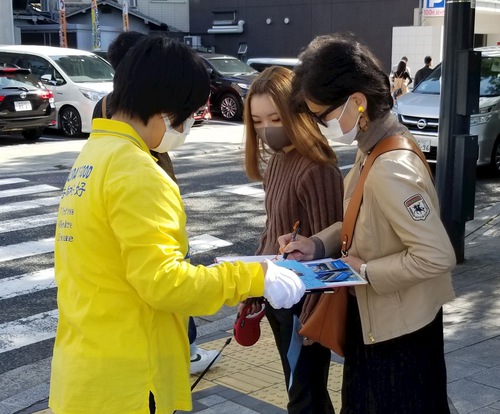 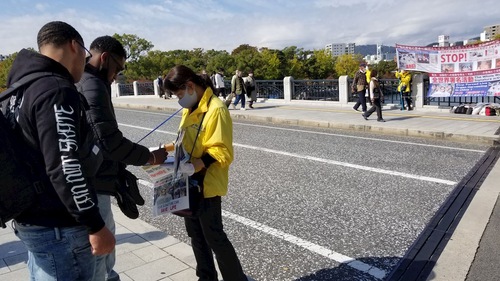 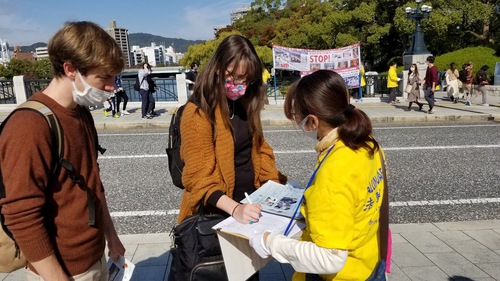 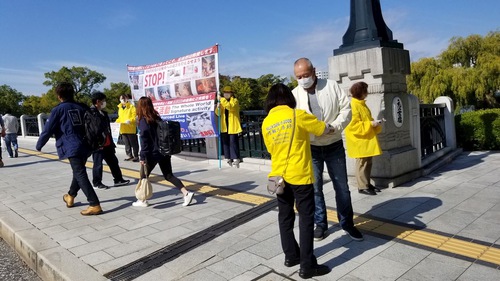 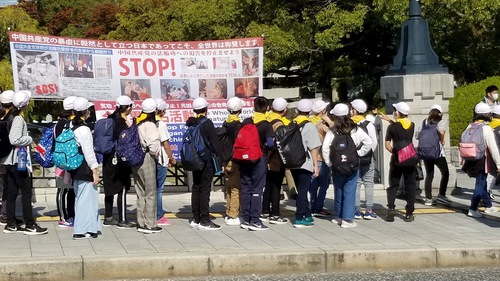 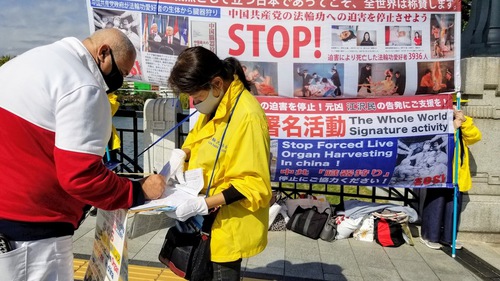 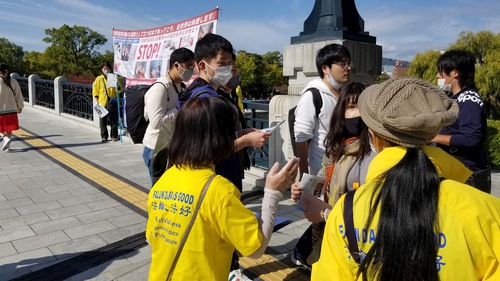 People visiting the Hiroshima Peace Memorial Park learn about the persecution in China and sign petitions to support practitioners.

Passerby Tsuzuki said he heard about the mistreatment of Falun Dafa practitioners in China, including the forced organ harvesting, so he immediately signed the petition. He said that although the coronavirus originated in China, he did not believe the CCP would release it on purpose.

A practitioner told him what he personally experienced in China. He said the CCP always distorted the truth and misled the public. Fourteen years have passed since reports about the forced organ harvesting surfaced in 2006, but the international community's efforts to curb the crime is still very limited.

A similar situation happened before the virus turned into a global pandemic. Although top CCP agencies already knew about the human-to-human transmission in December 2019, they chose to deny its existence. Instead they punished health professionals and others for disclosing the information. While the CCP hoarded medical supplies globally, it allowed five million people to flee the Wuhan epicenter, and thus the virus was spread worldwide.

“You are right,” Tsuzuki agreed, “We have to hold the CCP accountable. I will also share this information with my friends.”

One Japanese man who signed the petition said he had been to Shanghai and a few other places in China. “I also have several Chinese friends. The conversations usually go well if we discuss our families or careers. But whenever I mention human rights or how democracy in Hong Kong is being suppressed, they turn silent,” he said.

A practitioner explained how the CCP has been persecuting Falun Dafa practitioners while brainwashing the general public on this issue. As a result, many people believe the defamatory propaganda and have become numb to the tragedies. The man was interested in learning more and accepted materials to read later. He said, “What you are doing is important. Please don’t stop!”

One Chinese graduate student riding a bicycle stopped to read the information. A practitioner told him about how the CCP's bad deeds are harming Chinese people. She also mentioned that the international society, including the U.S., is taking action to restrict entry and visa approvals for CCP members. He said that he was not a CCP member, but he would read the information to learn more. 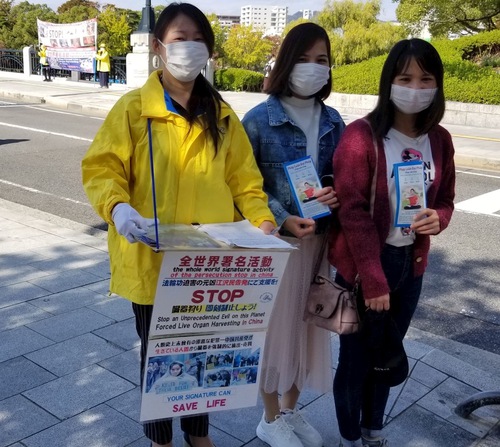 Two girls from Vietnam thanked practitioners for the information and signed the petition.

Later that day, practitioners attended an event in Higashihiroshima to introduce Falun Dafa to the public. In addition to in-person participation, the host organization also compiled video footage submitted by each group and uploaded it to the Higashihiroshima government website so that people could watch it online. Both the waist drum performance and exercise demonstration submitted by practitioners were included in the video. 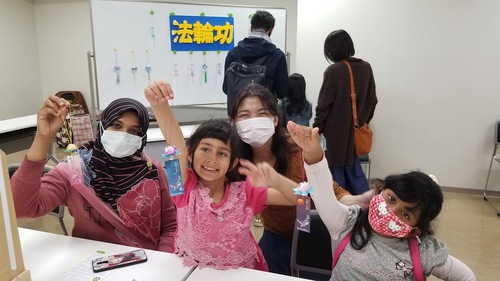 Several girls were happy to learn how to make paper lotus flowers.

During the event held at the city’s art and cultural center, practitioners also prepared materials so that they could teach participants to make paper lotus flowers. Many people were very interested and said they appreciated the peaceful atmosphere.

“The words Truthfulness-Compassion-Forbearance are indeed powerful,” one person commented as he made a flower and attached a bookmark to it.

“I've been thinking about learning to practice Falun Dafa for a couple of years,” one woman said, “I've now moved to live close to my parents, and I'll visit the group practice site soon.”