(Minghui.org) Hon. Erin O’Toole, Leader of the Conservative Party of Canada, filed a motion on November 17, 2020, calling on the government to take action against the CCP. In the motion, O’Toole stated that the CCP threatens Canada’s national interests and values. He called on the government to decide whether Huawei can participate in Canada’s 5G network within 30 days after Congress adopted the motion and to develop a plan to combat the CCP’s illegal operations in Canada.

Hon. Erin O’Toole, Leader of the Conservative Party of Canada.

The opposition motion the Conservative filed says—That, given that (i) the People’s Republic of China, under the leadership of the Chinese Communist Party, is threatening Canada’s national interest and its values, including Canadians of Chinese origin within Canada’s borders, (ii) it is essential that Canada have a strong and principled foreign policy backed by action in concert with its allies,

The Chinese Communist regime has incarcerated Canadian citizens Michael Kovrig and Michael Spavor since early December 2018. This move is generally considered a vengeance by the CCP after Canada arrested Meng Wanzhou, a Huawei executive who was accused of criminal fraud in the US, in accordance with the Canada-US extradition treaty.

Believing that Huawei spies for the CCP, the US continues to push bans on Huawei’s equipment within the Five Eyes intelligence-sharing network.

O’Toole said, “Now is the time to act. First, we call upon the Liberal government to finally grow a spine and make a decision on Huawei’s involvement in Canada’s 5G network within 30 days of the adoption of this motion.”

The CCP, in their dealings with Canada, committed crimes such as intellectual property theft, counterfeiting, and digital piracy, “they are the reality,” said O’Toole.

On the issue of Chinese Canadians threatened by CCP agents, O’Toole said, “When a dictatorship has so much influence that protecting Canadian citizens on Canadian soil is a question open for debate, you know you have a problem.”

O’Toole hopes that Congress can have a debate on the issue and come up with a strategy to handle it.

Foreign Intimidation on Canadian Soil Will Not Be Tolerated 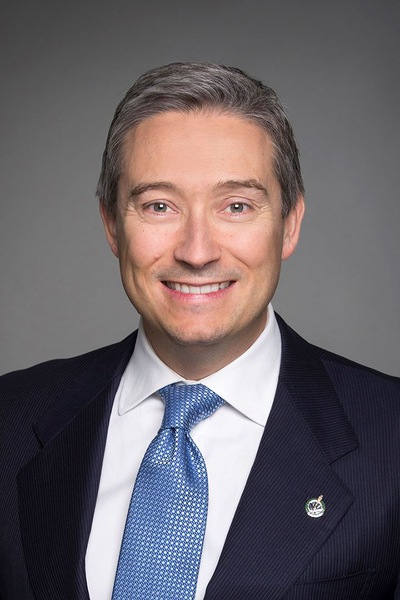 When asked about the incident of Chinese agents intimidating people in Canada, Foreign Affairs Minister Francois-Philippe Champagne said that such behaviors by foreign governments will not be tolerated and criminal charges may be filed against the perpetrators.

According to Global News, Champagne responded, “That is something that is of grave concern to me and my colleagues,” “Any report of harassment and intimidation of individuals in Canada is troubling and will not be tolerated.”

He encouraged those who experience intimidation and threats to report it to the police. “The Royal Canadian Mounted Police will continue to investigate, with a view to laying charges under the Criminal Code,” Champagne said, “the public safety minister will come soon with additional measures to protect the safety and security of Canadians.”

Champagne acknowledged that the Canadian government needed a “new approach” to deal with China and that it needed to work with allies to advocate human rights and respect for international laws. “China poses some of the key foreign policy challenges of our time,” the minister said.

“Voices from Michigan: Thank You President Trump for Saying No to the Chinese Communist Party”