(Minghui.org) Falun Dafa practitioners in Sydney demonstrated the exercises and collected signatures on a petition calling for an end to the Chinese Communist Party (CCP) at Anzac Mall and the city's central business district on November 8, 2020. The practitioners were praised for their great work of spreading the truth and exposing the CCP’s true nature. 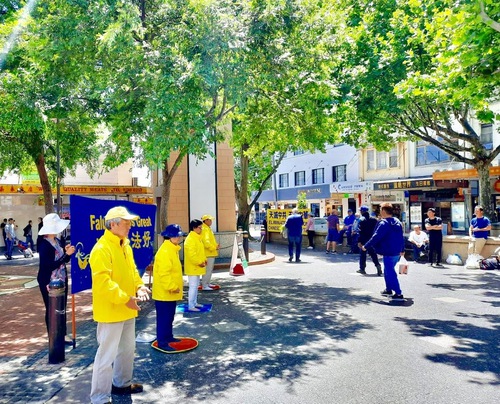 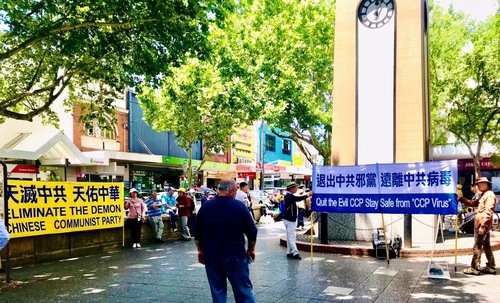 Practitioners held banners and demonstrated the exercises during an event in Sydney on November 8, 2020.

The streets were filled with people coming out to enjoy the fine weather and the local street fair. Many who stopped to watch practitioners as they did the exercises signed the petition. Several people expressed their support and gave practitioners a thumb-up. Some Chinese took this opportunity to quit the Communist organizations they had joined. 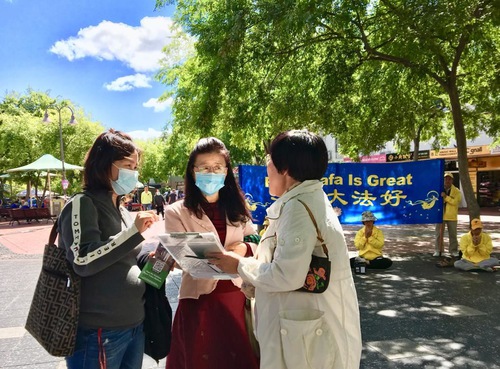 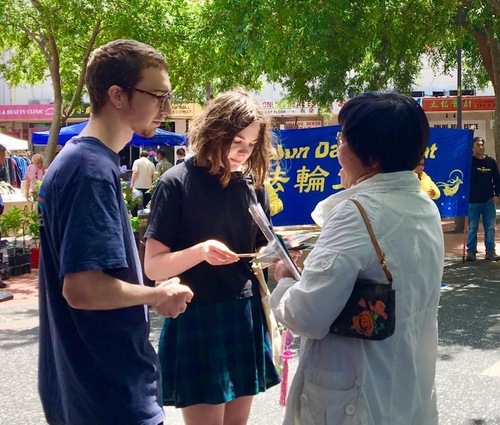 People talk with practitioners and learn about the ongoing persecution in China. 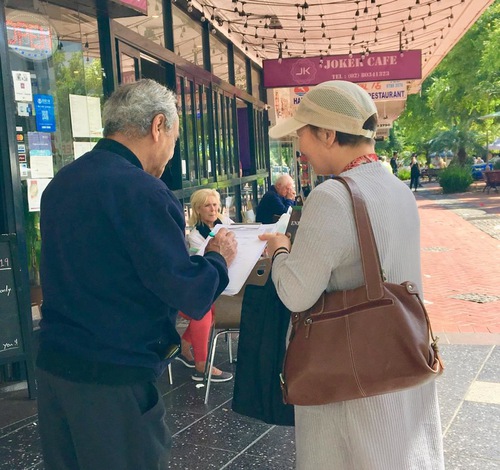 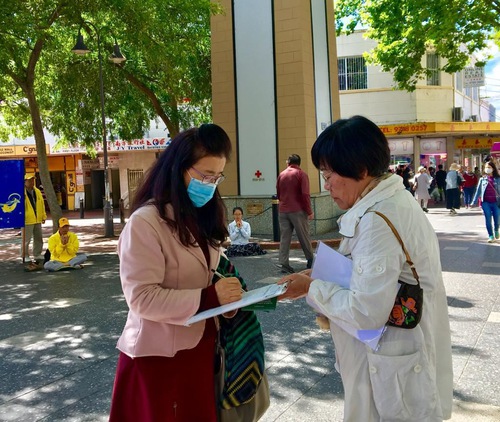 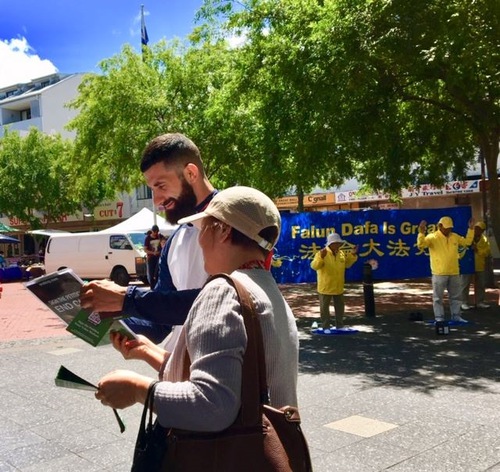 People sign a petition calling to end the CCP. 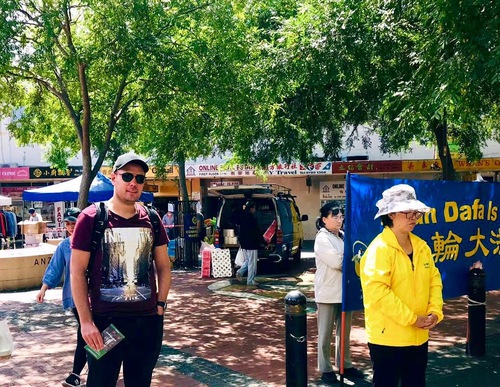 Mr. Gray Scott, an entrepreneur, said he'd heard about Falun Dafa and the forced organ harvesting in China. “I am not a fan of the Chinese Communist Party,” he said. “They did a lot of bad things, including what they did in Tibet, Hong Kong, and their persecution of Falun Gong. I think our government has to be stronger against the CCP and should take steps now. We should not be afraid of the Chinese Communist Party.

“The principles of Truthfulness-Compassion-Forbearance are great for our society. We are a democratic country. We rely on these values. I will let my friends know about this. Westerners should see what the Chinese Communist Party is doing and we have to change it.”

Mr. Mario Elters, a local resident, said he’d heard about the CCP’s crime of forced organ harvesting years ago. “It's awful! It's not human, and it's so sad! We must stop it,” he said. “The Chinese Communist Party caused this pandemic. Many people have lost their jobs. We should let more people know about the terrible things the CCP is doing. The event you organized today is very good. You did a great job!” 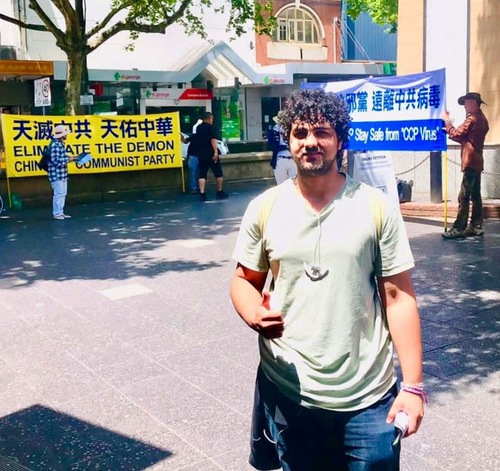 Another local resident, Mahuii Barlucesa, said, “The Chinese Communist Party has destroyed traditional Chinese culture and tried to spread its virus—communism—around the world. When it didn't work, it spread a real virus all over the world. I am completely against the CCP and I think everyone should be against it.

“I totally disagree with a government persecuting innocent people just because of their beliefs. I am a Christian. I know some Christians are persecuted there, too. They were thrown into prisons or they've disappeared. I'm trying to raise awareness by telling my friends what’s going on. The Australian government should do what the U.S. government did and prohibit members of the Chinese Communist Party from entering.”

Mahuii would like to tell the innocent people being persecuted in China for their faith that he respects their faith and encourages them to remain steadfast. 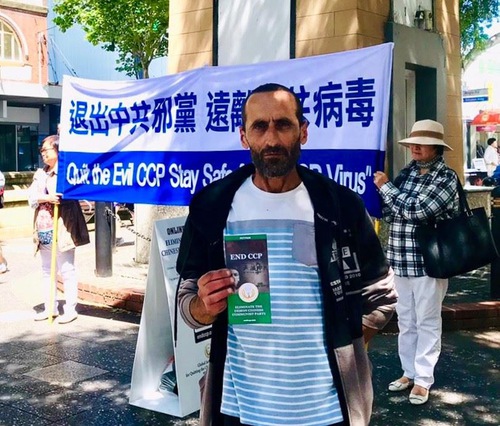 John Michael, a local resident, said, “The Chinese government is very corrupt. They don't care about the people, they only care about their money and power. I have heard about Falun Dafa and the forced organ harvesting in China. I felt sick when I first heard about the organ harvesting. The Chinese Communist Party is inhuman. We have to stop it, and let more people know. Events like this are great, because it lets more people know what's going on and helps them gain a better understanding about the true nature of the Chinese Communist Party.” He encouraged Falun Gong practitioners who are being persecuted in China to be strong and never give up.

“China Fahui｜Doing All We Can to Save People”