(Minghui.org) The National Assembly, the lower house of the bicameral French parliament, introduced a bill on September 15, 2020, to stop malpractice related to organ transplants, with an emphasis on illicit transplants carried out outside Europe. Sixty-five members of the parliament signed the bill to uphold bioethics in the medical and scientific community. 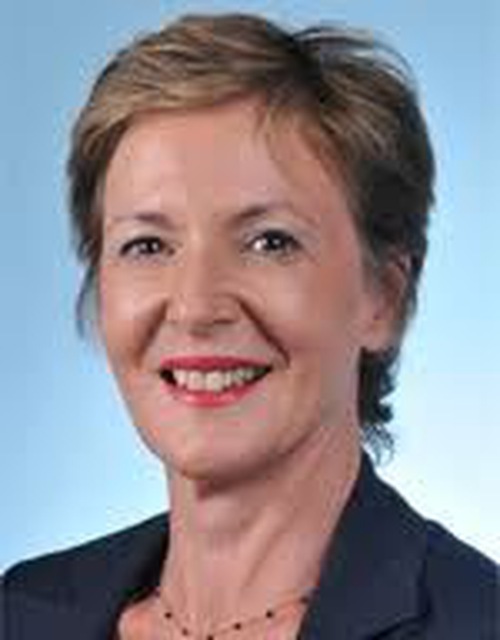 Frédérique Dumas, member of the National Assembly, initiated bill No. 3316 to stop forced organ harvesting in countries such as China.

Initiated by National Assembly Member Frédérique Dumas, bill No. 3316 highlights evidence of forced organ harvesting and areas in which the French Government can take action. The bill was submitted to president of the legislature.

The bill’s explanatory statement highlighted the current situation with organ transplants in France. Due to organ shortages, the waiting time for a transplant in the country is usually three years, and this waiting time increases each year. French laws prohibit organ trafficking and provides for imprisonment of up to seven years and a fine of 100,000 euros, but transplant tourism to receive illegally sourced organs has nonetheless been a problem since the 1980s.

“The most serious case of transplant tourism is the case of China, because it goes hand in hand with the harvesting of organs from prisoners, especially of conscience, without ‘free and informed’ consent within the meaning of international law and of French law,” the bill states. Although China claimed to ban organ harvesting from prisoners in 2015, numerous independent studies have shown that such practices continue.

Among these studies are investigations by former Canadian Secretary of State for Asia-Pacific David Kilgour and international human rights lawyer David Matas. Another researcher, investigative journalist Ethan Gutmann, co-authored a book in 2014 titled The Slaughter after seven years of investigation into organ harvesting from prisoners of conscience in China.

In addition, an independent people's tribunal focused on forced organ harvesting in China was set up in London and chaired by Sir Geoffrey Nice QC, who led the prosecution of Slobodan Milošević, former President of Serbia, at the UN’s International Criminal Tribunal for the Former Yugoslavia. The China Tribunal analyzed a wide variety of evidence and determined that forced organ harvesting has taken place in China for about 20 years. It also concluded that these practices are “crimes against humanity proven beyond a reasonable doubt.”

Legislation to Stop the Crimes

The French bill stated that several countries and regions have already amended their national legislation to curb transplant tourism to China, including Spain, Italy, Israel, and Taiwan. These measures punish those involved in these crimes and are aimed at preventing citizens of those countries from becoming complicit in these atrocities.

Although France signed the Council of Europe Convention against Trafficking in Human Organs in 2019, implementing the treaty and bringing violators to justice in France could be difficult.

“Faced with the absence of sanctions from the European institutions to fight against these crimes, it is necessary to modify French domestic laws, in order to prevent French public and private health establishments from being made complicit in human rights violations of human organ transplantation,” the bill stated.

For example, collaboration between French and Chinese health authorities must be scrutinized. Through such collaboration, France has trained and formed close relationships with Chinese transplant personnel. As early as 2013, the National Consultative Ethics Committee heard testimony warning that, by training Chinese doctors, French doctors could have become unwittingly complicit in forced organ harvesting.

The new bill consists of six articles that mandate organ transplants ethics and ensure compliance through verification, auditing, and sanctions.