How a Shipping Tycoon in China Lost Everything, Even His Life, Because of the Chinese Communist Party

(Minghui.org) Because the Chinese Communist Party (CCP) controls the nation’s resources, the private sector in China has always operated at the mercy of the Party.

In fact, the CCP wiped out the private sector in the 1950s only to allow it to re-emerge in the late 1970s. During the past few years, the CCP has implemented policies to start regaining control of the private sector, with the recent call for a “public-private partnership reform,” which aims to increase the government's stake in private companies.

At a recent conference with private business owners, Xi Jinping, the current head of the CCP, advised learning from “patriotic entrepreneur” role models, such as Lu Zuofu, Wang Guangying, and Song Yiren, who listened to the Party and shared ownership of their companies with the government.

However, the story of Lu Zuofu shows the exact opposite—how a businessman was cheated and then destroyed by the CCP.

The Death of Lu Zuofu

Lu Zuofu was China’s shipping king from the 1920s to the 1940s. He established his Minsheng Industrial Group in 1925 and dominated the shipping business along the Yangtze River.

Lu organized “China’s Dunkirk Evacuation” in 1938: His company shipped 1.5 million people and over one million tons of material down the Yangtze River from Yichang City, Hubei Province, to Chongqing, when the Japanese army invaded China and was approaching Yichang. This retreat saved China’s major industries during China’s battle against Japan during World War II.

Lu was praised by the government as a national hero. At the same time, the war cost his company 16 ships and 116 lives, with an additional 61 staff members disabled. 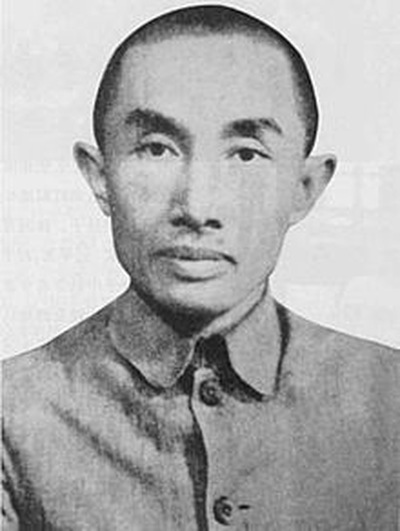 After WWII, the CCP fought a civil war against the Kuomintang, the ruling party at the time, and took over the mainland in 1949. Lu, who was then running his ships out of Hong Kong, had four options: Go with the CCP, go with the Kuomintang to Taiwan, go to the U.S. to write his memoirs, or stay in Hong Kong and continue to run his shipping business.

Lu chose to go with the CCP and went to Beijing. He had his ships move to the coast of the mainland on June 10, 1950. The CCP treated him well initially: Mao Zedong and Zhou Enlai met him, the CCP made him a member of the National Chinese People’s Political Consultative Conference, and after he returned to Chongqing, the CCP appointed him a member of the Southwest Region’s Military and Political Committee.

However, Lu was losing control of his company. The CCP “sandwiched” his business by controlling the raw materials, capital, and sales channels. His company had to keep its funds in state-owned banks and was not allowed to get loans from private banks or private institutes.

As his company ran out of money, Lu had no choice but to agree to “public and private joint ownership” to get loans from state-owned banks. Then he was phased out.

Even before the government took joint ownership, the Party representatives had already started making decisions on staff at the Minsheng company, including arrests, demotions, and terminations. Lu could only stand by and watch as his senior and mid-level officials, who had worked with him to create Minsheng miracles in the past, were attacked or purged.

In January 1952, the CCP launched a political movement that targeted the capitalists in industry and business. The Party representative at the Minsheng company claimed on February 8 that Lu attempted to “corrupt” him by taking him to restaurants and theaters. Lu’s aide confirmed that Lu paid for dinner, the Peking Opera, and a haircut for the representative. He did not mention that Lu used his own money to pay for those things.

That night, Lu took a fatal dose of sleeping pills. He left a letter to his wife, telling her to hand over all his assets to the state. He finally understood that the CCP was intent on taking over his business assets at any cost and that he had to give them up to save the lives of his wife and children.

There are many such examples. At least 876 people committed suicide in Shanghai from January 25 to April 1, 1952. Chen Yi, then mayor of Shanghai, was reported to have casually asked his aide every day how many “paratroopers” had descended that day, referring to those who killed themselves by jumping out of tall buildings.

To justify its actions, the CCP made owning wealth a crime, confiscating wealth the right thing to do, and committing violence legitimate.

After eliminating the landlords and capitalists, the CCP then targeted the peasants, merchants, and skilled laborers and took their money. It left the people in poverty.

The CCP converted all private ownership to “public and private joint ownership” in 1956 and paid 5% annual interest to the original owners, regardless of how profitable the company had been. It then stopped paying interest in September 1966. By then, there was no more private ownership—the CCP had taken over every company.

The CCP Is Seeking to Repeat History

The CCP’s economy based on state-owned companies was proving to be a failure. In the late 1970s, it was forced to “open up and reform,” bringing back the private sector.

Today, private businesses are the backbone of China’s economy. Private companies contributed two-thirds of China’s GDP, 300 million jobs, and over 50% of taxes. The state-owned enterprises (SOEs), although they boast large assets and incomes, show low profits.

The CCP, however, does not appreciate private businesses. Instead, it has been working on taking over private assets again.

One attorney pointed out that China’s Criminal Law details over 450 crimes, with over 110 of them being economic crimes. The CCP can easily destroy a private business owner by accusing him of an “economic crime” with no effort at all.

Another way the CCP encroaches on the private sector is to force private companies to establish Party branches. The Conference on Party Building in Internet Companies in Beijing, which was held on August 25, 2017, revealed that 34 Internet companies, including Baidu and Sina, had established Party organizations within the companies.

The CCP also designed a special class of stock, namely, “Special Management Stock,” which enables the CCP to own a small percentage of stocks but still have veto power over company affairs, thus exercising its influence over the company’s decisions.

Many Chinese business owners have come to see that Lu Zuofu’s fate will soon be theirs and try to escape.

The “Global Wealth Migration Review 2019” report, published by the AfrAsia Bank and New World Wealth, showed that China had the highest number of wealthy people immigrating overseas in 2019, twice the number leaving Russia, which came in second place. A total of 10,000 wealthy Chinese immigrated in 2017 and 15,000 in 2018, an increase of 50%.

Over 15 entrepreneurs from mainland China whose companies are listed on the Hong Kong Stock Exchange were reported to have set up offshore trusts in 2018, moving $28.5 billion assets overseas.

Will today’s Chinese business owners end up like Lu Zuofu? It seems inevitable given what the CCP is doing to its people and businesses.

“Hanover, Germany: People Sign a Petition to Condemn the Persecution of Falun Dafa”