The event was organized by Falun Dafa practitioners in Seattle as part of an ongoing series of activities held each weekend in different cities. They tell people about the persecution of Falun Dafa in China and collect signatures to end it and to stop the forced organ harvesting from living practitioners by the Chinese Communist Party (CCP).

CY Wong, director of the Falun Dafa Association of Seattle, said that practitioners tell people how damaging the CCP is, even in the West, and how to stay safe during the pandemic.

One driver, Rachel Huang, shared a story. While they were in a parking lot getting the cars ready, a man asked what organization they belonged to. He was pleasantly surprised to learn that they were practitioners and said he read the Epoch Times so he knew a lot about Falun Dafa. 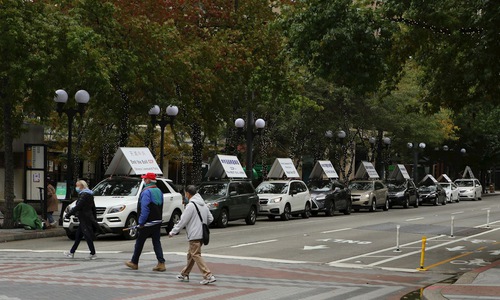 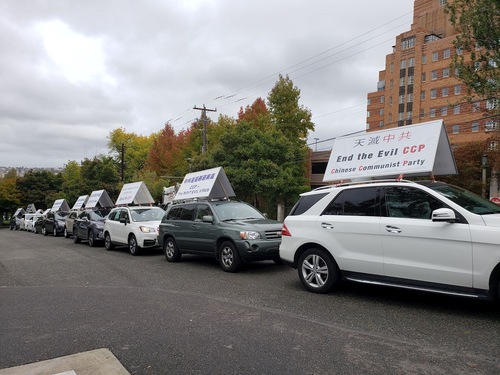 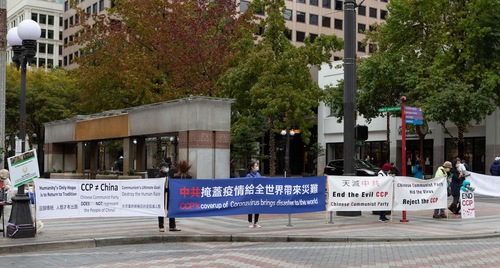 When the parade went through Chinatown, many people asked for fliers. As the parade passed, an elderly man waved a copy of the Chinese Epoch Times at the cars.

Practitioners held a simultaneous signature drive in downtown Seattle that day. While they displayed banners at major intersections, several passing drivers rolled down their windows to ask for a flier. Some people even parked their cars and walked over to sign the petition. 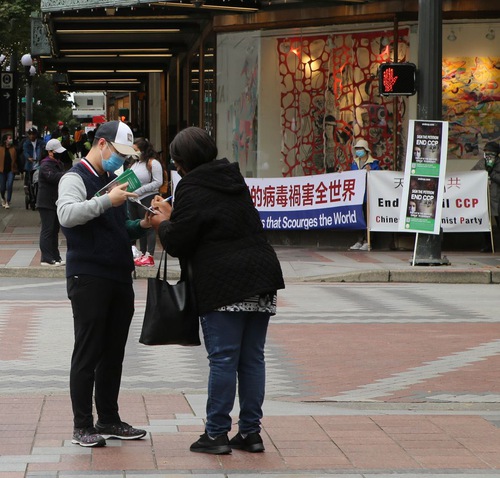 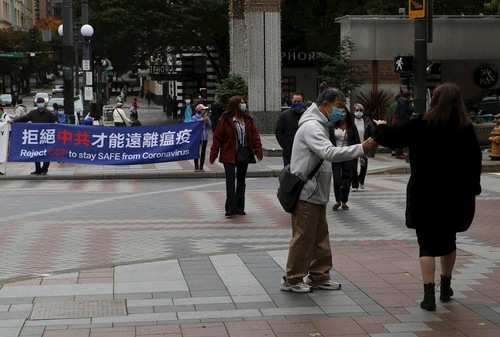 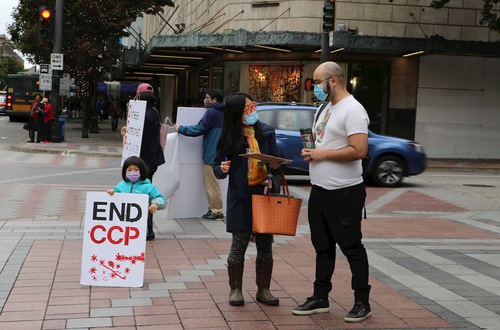 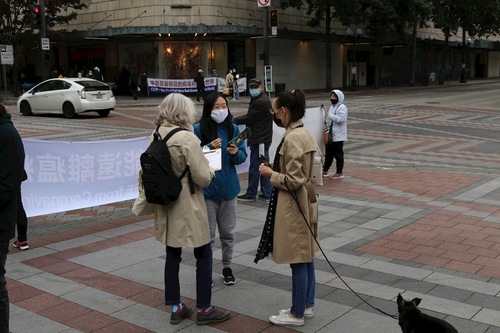 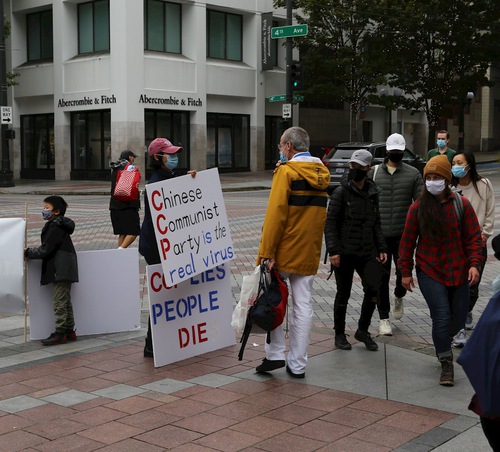 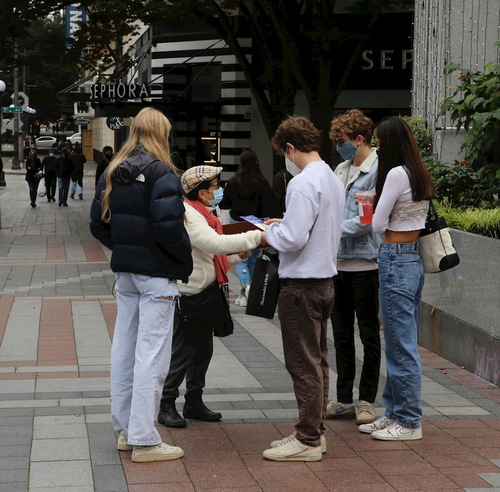 Even though she can't speak English, Chen, an 82-year-old practitioner, printed and passed out the story of her own life-changing experiences after she practiced Falun Dafa. Many people thanked her and some even offered to donate money. One day she collected 60 signatures.

One man said, “I'm from Russia, so I know very well about the communist party. I can share the information with other Russians in our community and they will support you.” After signing the petition, he took a blank form for his colleagues to sign.

Wang Bijia, who volunteers at the signature table, said most people were very positive. Several said, “I support you one hundred percent. Otherwise the United States will become a socialist country.”

A woman told practitioners, “We love Chinese people. You are hardworking and nice people. The Chinese government is bad. Thank you for doing this here.”

After she signed the petition, another woman explained that she taught English at Beijing University in 1988. The Chinese police “invited” her to have coffee and warned her not to discuss political subjects with students. She was sad that Chinese people were silenced by the authorities.

“Sweden: MP's Condemn the CCP and Call to Boycott 'An Unbelievably Evil Regime' During Rally Held in Stockholm”

“Incarcerated in the past for 9.5 Years, 67-year-old Woman Given Another 4.5 Years, Now Suffering with Uremia”