Sweden: MPs Condemn the CCP and Call to Boycott 'An Unbelievably Evil Regime' During Rally Held in Stockholm

(Minghui.org) Eight Swedish Members of Parliament came to a human rights rally on October 21, 2020, to show their support. The rally was held next to the Parliament House in Stockholm and was attended by Falun Dafa practitioners and representatives from many human rights groups. The MPs condemned the Chinese Communist Party’s (CCP) criminal conduct in persecuting Falun Dafa and other ethnic groups, and for creating chaos and calamity in the world. They called the CCP one of the biggest threats to the world and said that the world’s people should work together to boycott the CCP.

The CCP Is “The Demon” 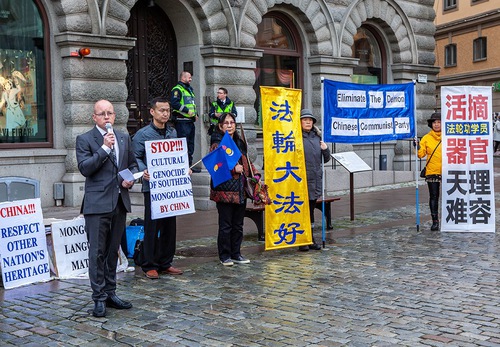 MP Björn Söder and MP Sara Gille came to the rally to show their support for the rights of Falun Dafa practitioners. MP Björn Söder pointed to the banner, “Eliminate the Demon Chinese Communist Party” and said, “Yes, well said! The CCP is the demon.” 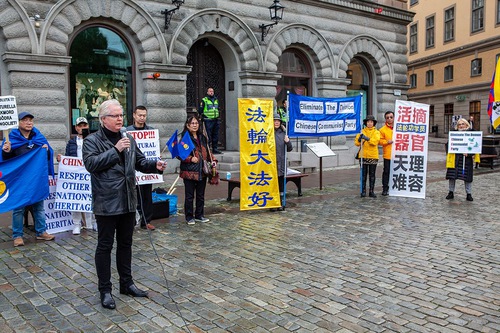 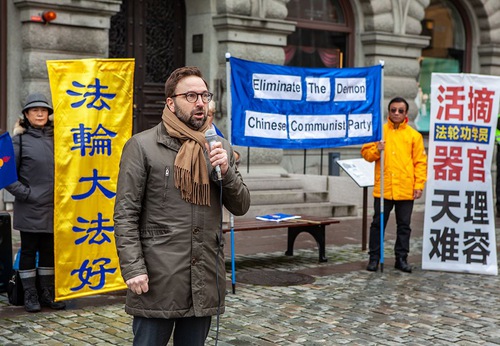 One of the founders of the Inter-Parliamentary Alliance on China (IPAC), MP Fredrik Malm stated that rejecting Huawei’s 5G service was one of the Swedish government’s policies to stop the CCP’s infiltration. “IPAC brought together MP's from different countries who are worried where the Chinese government is heading and the threats it poses to the world. The EU must work together. The world must unite to fight back against the CCP’s threats,” he said.

Work Together to Safeguard Human Rights 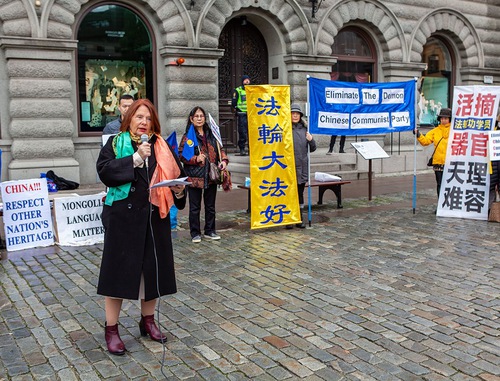 MP Lotta Johnsson Fornarve said she was glad to see how different groups came together to protest human rights violations in China. “Almost all parties in the Parliament are here today. It’s important that we work together to safeguard human rights. It’s a wonderful thing because it allows people to see hope,” she said. 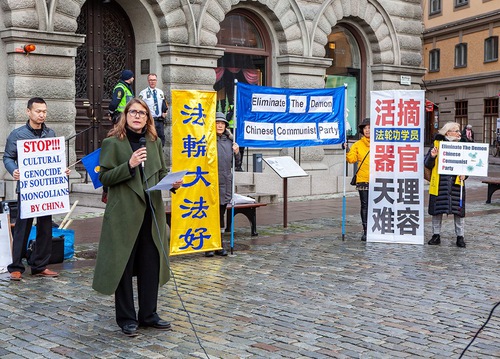 MP Janine Alm Ericsson strongly condemned the CCP’s persecution of different ethnicities. “The CCP's persecution of Falun Gong, Tibetans, Mongolians, and Uygurs and the suppression of democratic activists in Hong Kong is lawless. The Chinese regime’s contempt for human rights is unacceptable.”

Stand Up to Protect Universal Values and Stop the CCP

Caroline Edelstam, Chair of the Edelstam Foundation, talked about the CCP’s persecution of Falun Dafa in the past 20 years. She called for immediate legislation to ban travel to China for organ transplants. She said that Swedish medical professionals should stop working with China’s medical industry and stop doing business with it. “We must boycott the CCP. It is the responsibility of civil groups to oversee the government.” 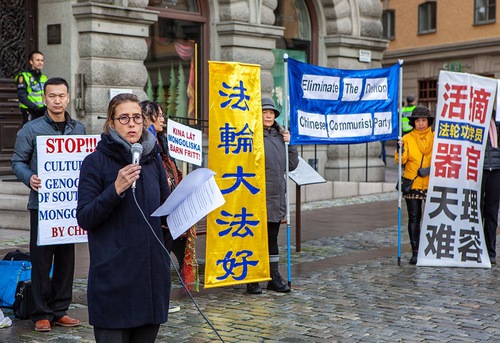 Caroline Edelstam, Chair of the Edelstam Foundation, speaks at the rally.

“The CCP is an unbelievably evil regime. It has committed the most heinous crime of genocide since WWII. It has abandoned all fundamental values of human beings and attempts to rule the world by using extreme dictatorship,” said Edelstam. “We must stand up to safeguard the universal values and stop the demon.”