(Minghui.org) Falun Dafa practitioners held activities in two busy areas in San Francisco’s Silicon Valley on Saturday, October 24, 2020, home to many high technology companies in the U.S. One was outside a major Chinese shopping mall in San Jose and the other at an intersection near a popular supermarket. They introduced the spiritual discipline and informed locals about the ongoing persecution faced by practitioners in China. 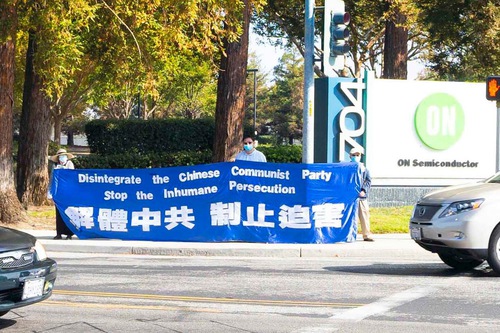 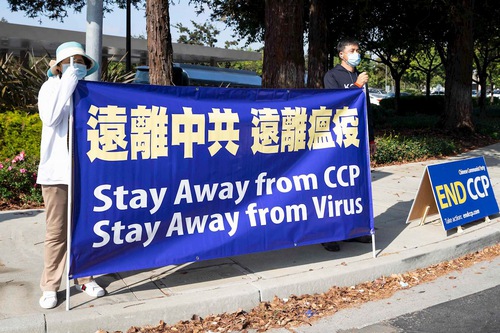 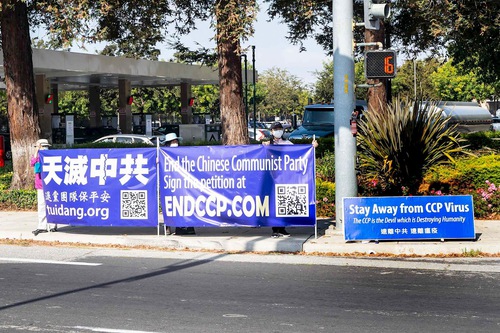 Practitioners displayed banners with messages about the persecution at a busy main road. 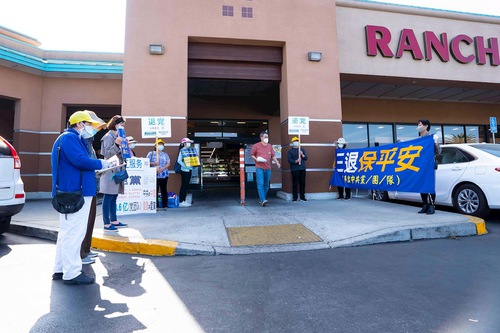 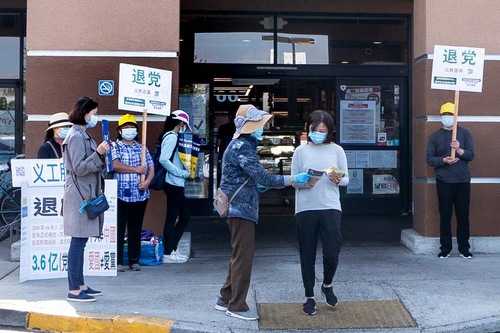 Practitioners talk to people about the persecution outside a Chinese supermarket. 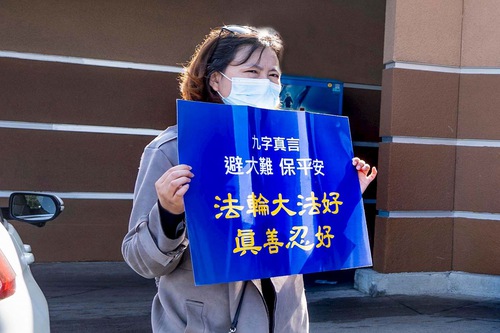 Practitioner with a sign that says "Falun Dafa is good, Truthfulness, Compassion, Forbearance is good."

Practitioners from the surrounding areas of San Jose, Milpitas, and Fremont put up banners with the words: “Disintegrate the Chinese Communist Party, Stop the Persecution” and “Stay Away from the CCP, Stay Away from the Virus” at a busy road in San Jose.

Ms. Cheng who lives in Milpitas said that she often goes to popular areas on weekends to tell people about Falun Dafa and how the Communist regime persecutes it and helps Chinese people quit the Party.

Several drivers waved to practitioners and honked their horns to show their support as they drove past. A driver stopped in front of the banner and said: “I am from Hong Kong. I support you.” 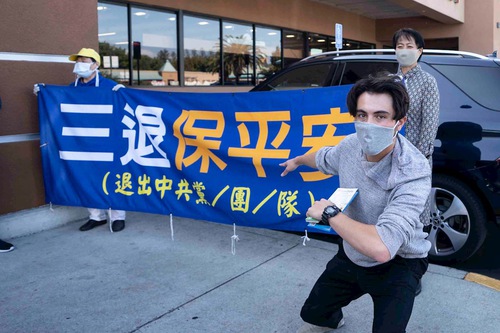 Keller, a contractor, hopes Chinese nationals will quit the CCP and its affiliated associations because the regime has committed a terrible crime in persecuting Falun Dafa practitioners.

As soon as he saw practitioners' banners about ending the CCP, Keller, who is a contractor, immediately signed the petition. He said, “I know that the CCP arrests Falun Dafa practitioners. They lock them up in prisons, take their organs, and sell them for huge profits. The regime is reaping huge financial gains from such terrible crimes.”

“Falun Dafa is a belief and must be protected. The CCP suppressed it and has taken away the rights of practitioners. This is a heinous crime.” 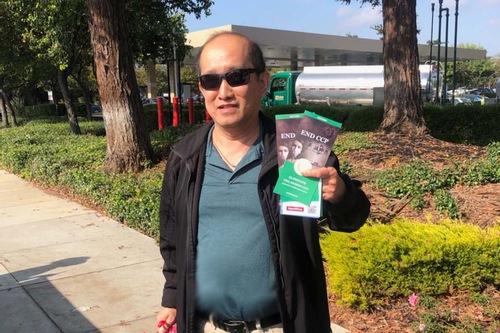 Daniel, a Vietnamese-American, told practitioners that he is very supportive of Falun Dafa.

When he saw the banners, Daniel, a Vietnamese who has been living in the U.S. for over 30 years, asked practitioners for brochures. He signed the petition to end the CCP and said, “I very much support you.”

He plans to give his co-workers the information. He said the CCP’s infiltration in American society is very severe. The education and movie industry are heavily infiltrated by the CCP.

After he signed the petition, Jerry said he disliked the CCP because it continually lies. He said, “The regime massacred unarmed citizens in the June 4, 1989 student protest. It also implemented a series of political campaigns, killing many people as a result. I also know it is removing organs from Falun Dafa practitioners. This is horrific. The CCP disregards human life. All it cares about is power and money.”

Emily from the Philippines said she knows that the CCP has done a lot of bad things. She said, “Not only did they fail to keep the coronavirus under control in China, but they also allowed it to spread globally.”

“The CCP has done a lot of wicked things. I pity the Chinese people. Life is tough for them. After going through the coronavirus, they were ravaged by floods. The CCP is also violating the rights of Hong Kong citizens. It is vile.”

“Copenhagen, Denmark: “The CCP Has Done So Many Bad Things””