(Minghui.org) A Guangzhou City, Guangdong Province, resident was sentenced to four years in prison for his faith in Falun Gong, a spiritual discipline that has been persecuted by the Chinese communist regime since 1999. 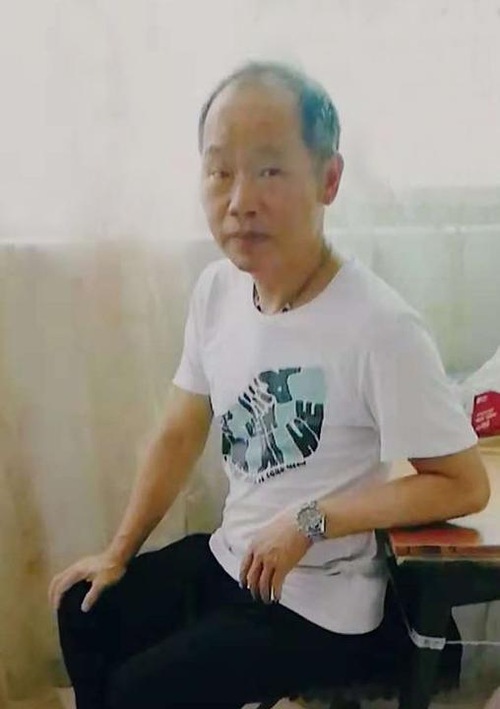 Mr. Wu Jianming, 60, was arrested at work on November 7, 2018. The police suspected him of using his phones as hot spots to spread information about the persecution of Falun Gong. They monitored him for more than a year before making the arrest.

While the police didn’t find any evidence about the hot spots at his home, they held him in detention for possessing Falun Gong books and materials.

The Yuexiu District Procuratorate approved Mr. Wu’s arrest on December 14, 2018, and indicted him on May 29, 2019, on charges of “undermining law enforcement using a cult organization,” a standard pretext used by the authorities to frame Falun Gong practitioners.

The prosecution evidence against him included banknotes with messages about Falun Gong printed on them, two laptops, a tablet, and files on his cellphone.

Mr. Wu stood trial in the Liwan District Court on August 30, 2019. His lawyer entered a not guilty on his behalf.

The lawyer argued that there is no law in China that says practicing Falun Gong is a crime and that the evidence presented did not demonstrate how Mr. Wu obstructed law enforcement. Just by having banknotes or files on his electronic devices with information about Falun Gong didn’t in itself violate any law or harm anyone.

The lawyer emphasized that the only victim in the case was Mr. Wu, who was arbitrarily arrested and detained for his faith.

The lawyer demanded that Mr. Wu be acquitted.

The Liwan District Court judge handed down the four-year prison sentence, with a 10,000-yuan fine, on December 26, 2019. Mr. Wu has appealed the verdict.

For not giving up his faith that he credits for curing his stomach and skin problems, Mr. Wu has been arrested several times and spent a total of six years under lock and key. He was subjected to various forms of torture in the detention centers, labor camps, and prisons where he was held.

His wife divorced him in 2005 due to the persecution.