(Minghui.org) Practitioners held a free Falun Gong workshop at the Fremont Main Library on August 24, 2019. About a dozen people attended the class. Each student said they had an amazing experience and they planned to continue doing the exercises at local practice sites. 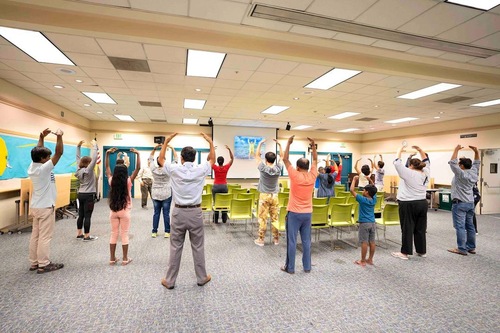 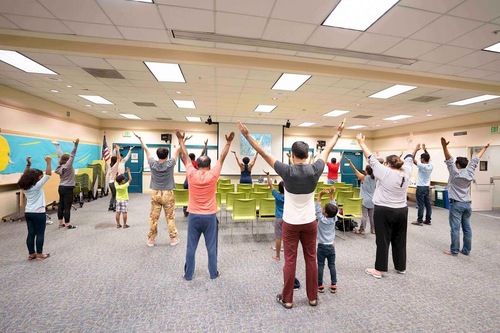 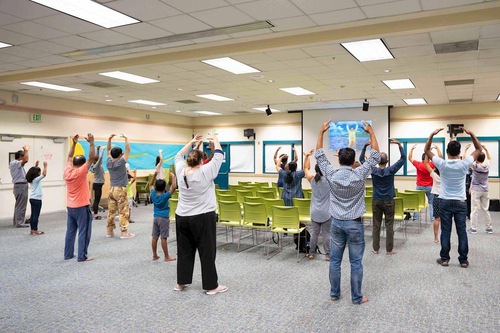 People attended a free workshop on August 24, 2019 at the Fremont Main Library where they learned the Falun Gong exercises. 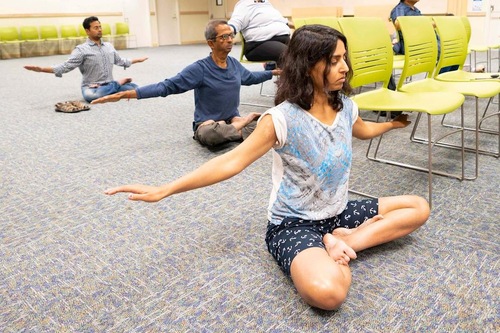 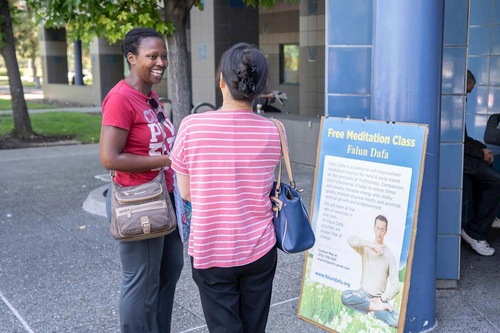 Student from China: “Zhuan Falun answered my questions about life.”

Mr. Qi, a student from China, said that he always wondered what was the purpose of life, or where humans came from. As a small child he was taught to believe in the Chinese Communist Party (CCP). However, he gradually realized how corrupt the Party officials are and that they don't value human life. One day he lost his faith in Communism. Someone suggested he learn Falun Gong and so he read the main book of the teachings Zhuan Falun, online.

He said, “Many of my questions were answered after I read Zhuan Falun. All my doubts were resolved.

Mr. Qi recalled that when he was young, many people among his friends and relatives practiced Falun Gong. After the persecution began in China, many news reports on the CCP's media defamed the practice but he did not believe them since all the practitioners he knew were not like what was portrayed on TV.

After he learned the exercises during the workshop, Mr. Qi said, “I feel very relaxed. The main thing about cultivation is to improve one's moral standards. I have benefited tremendously.” He said he would continue to read the book.

Neena, a project manager, was able to sit in the full lotus position during her first attempt at doing the sitting meditation exercise. She noticed that her usually stiff body became relaxed and limber after she did the exercises. Her shoulders loosened up and her breathing was smoother. She plans to join the practice site at the local park next weekend.

Feeling the Energy and Peace of Falun Gong

Ms. Yang from China said that this is the first time she'd done the exercises. She heard about Falun Gong but did not know what it was like. She said she felt a strong energy field while everyone did the exercises. She's motivated to continue and said she will attend the group exercises every weekend. 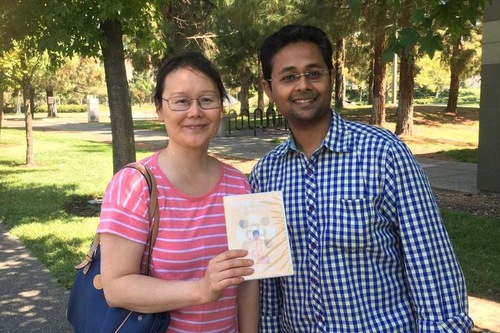 Amitava (right) has his photo taken with a practitioner.

Amitava works at a local bank and is a yoga instructor. He was able to sit in the full lotus position while learning the fifth set of exercises. He said the exercises were wonderful and very easy to learn. He felt energy flowing throughout his body and enjoyed a sense of peace and calm. He recommends that everyone give Falun Gong a try.