(Minghui.org) Falun Gong practitioners across the world hold events every year to commemorate fellow practitioners who have died as a result of the persecution. This year is particularly significant, as 2019 marks 20 years of the Chinese Communist Party's (CCP) persecution of Falun Gong. Ordered by Jiang Zemin, the former head of the communist regime, the CCP launched the persecution of the practice on July 20, 1999.

Practitioners from the U.K. participated in a series of events in London on July 20 to inform people of the 20-year-long persecution in China. Several practitioners who survived the persecution talked about their own and their families experiences and called on the public to help stop the ongoing tragedy.

The activities started at 9:00 a.m. in front of the Chinese Embassy with a press conference and group exercises, followed by a grand parade through central London. Another rally was held afterward at Saint Martin's Place. Practitioners also visited the British government at 10 Downing Street to submit an appeal letter and signed petition forms. The events ended that evening with a candlelight vigil in front of the Chinese Embassy. 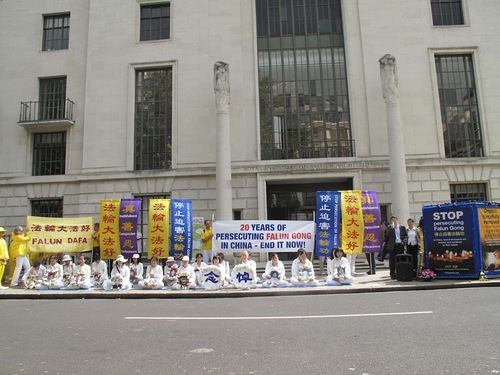 Practitioners hold a peaceful rally in front of the Chinese Embassy in London on July 20, 2019.

During the rally in front of the Chinese Embassy, Dr. Liu from the U.K. Falun Dafa Association reminded people of the abuse that Falun Gong practitioners in China have been subjected to for their belief since July 1999. He urged officials to follow their conscience instead of following the Chinese Communist Party (CCP) and committing bad deeds.

Falun Gong practitioner Mr. Yang and his parents were persecuted in China for their belief. Mr. Yang warned people, “The suppression has extended overseas as well.” He explained that after he participated in some Falun Gong activities two years before, the school he studied in stopped his scholarship after being pressured by officials from the Chinese Embassy.

Mr. Yang said he hopes those Chinese officials will learn the true facts about Falun Gong. He pointed out that whether to blindly follow the CCP regime or act on their own judgment and respect the principles of Truthfulness-Compassion-Forbearance will make a big difference. 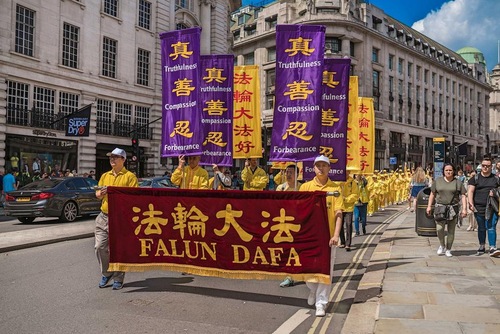 Practitioners held a parade through central London on July 20, 2019. 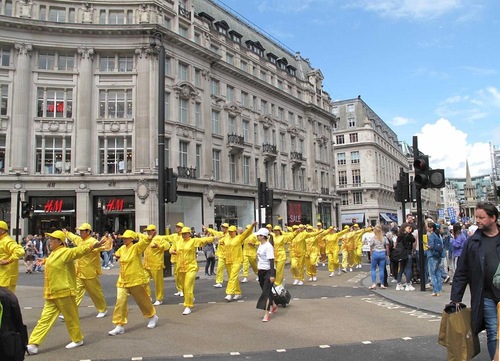 As part of the day's events, practitioners demonstrated the exercises at Oxford Circus. 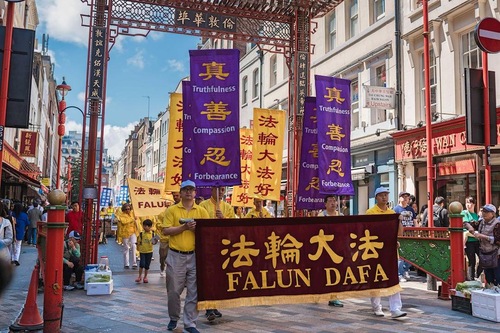 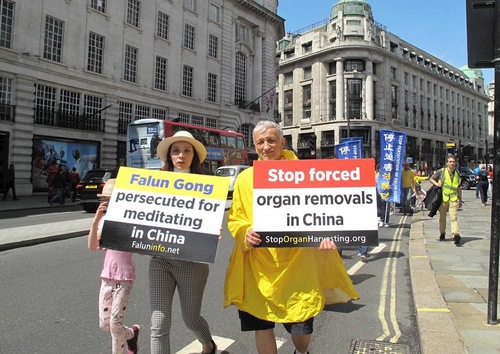 Zek has practiced Falun Gong since 1998.

Zek said he has practiced Falun Gong for 21 years. He said that some people still haven't heard about Falun Gong and they were surprised to learn of the mistreatment that practitioners in China have suffered for their belief. 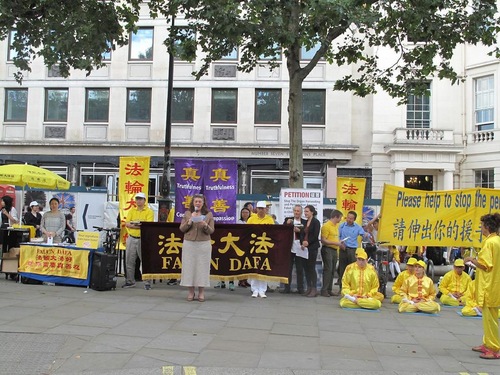 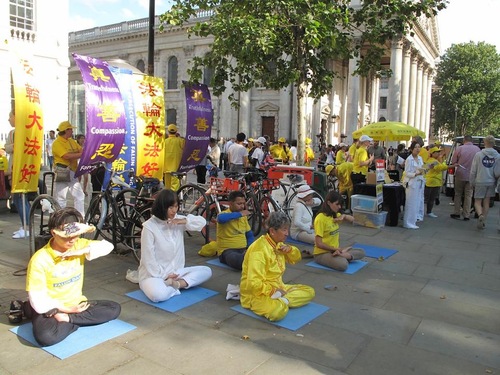 During the rally at Saint Martin's Place, Caroline from the U.K. Falun Dafa Association called on the British government and international society help to stop the persecution in China. She hopes people can break away from the CCP's propaganda and embrace the principles of Truthfulness-Compassion-Forbearance. 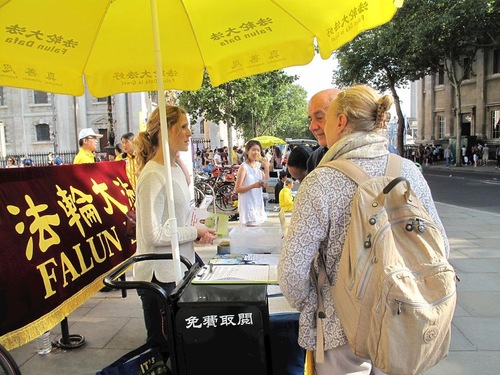 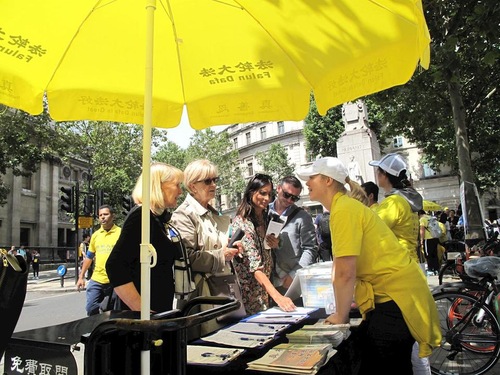 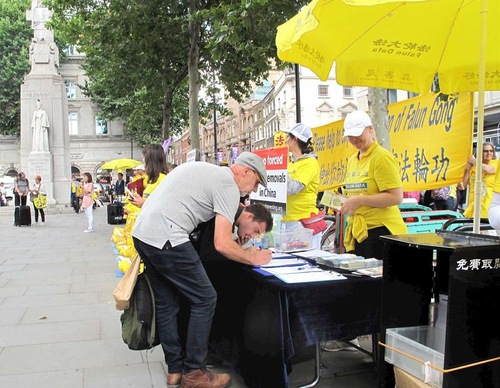 Attracted by the activities, people asked questions about Falun Gong and signed the petition to help stop the persecution.

A representative from the International Coalition to End Transplant Abuse in China (ETAC) spoke at the rally and emphasized the final judgment of an independent tribunal in London, which found that the CCP has not stopped harvesting organs from living Falun Gong practitioners in China.

Fatong, 12, said her grandmother Meng Xiue was arrested in China in October 2016 and has since been detained. She participated in the events with her mother and said she hoped the tragedy would end soon so that she could see her grandmother.

Submitting Materials to the British Government

Four Falun Gong practitioners, including representatives from the U.K. Falun Dafa Association and family members of those victimized by the persecution, went to 10 Downing Street that afternoon to submit a letter to the Prime Minister. They also submitted nearly 90,000 petitions urging the government to help end the tragedy.

Practitioners also raised awareness of the persecution through group exercises, by displaying informational posters and collecting signatures. Stewart, a practitioner, said, “The persecution against Falun Gong by the CCP affects everyone in this world.” 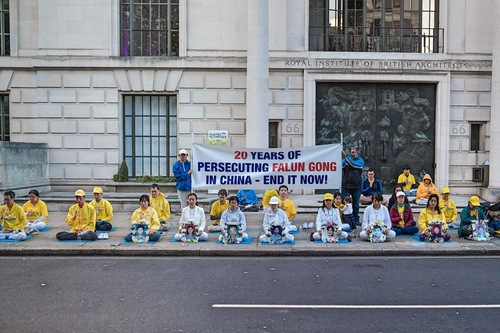 As evening settled across the bustling city, practitioners held a candlelight vigil in front of the Chinese embassy.