Vancouver, Las Vegas, and Hawaii: Rallies and Candlelight Vigils Commemorate Those Who Have Died During 20 Years of Persecution

(Minghui.org) Falun Gong practitioners all over the world are holding peaceful rallies, candlelight vigils, and parades to mark the 20-year-long persecution of Falun Gong in China.

On July 20, 1999, Jiang Zemin, former head of the Chinese Communist Party (CCP), ordered that a policy of persecution of Falun Gong be implemented. The object was to eliminate this peaceful mind-body cultivation practice that is based on the principles of Truthfulness, Compassion, and Forbearance.

The Minghui website has confirmed the deaths of over four thousand Falun Gong practitioners due to the persecution over the past 20 years, although the actual number is suspected to be much higher. More have been imprisoned and tortured for their faith. There is concrete evidence that the CCP is an active participant in the harvesting of organs from detained practitioners, who are killed to supply the organ transplant industry.

In commemoration of those who have died as a result of the 20-year-long persecution, practitioners held a rally in downtown Vancouver on July 20, 2019. A parade followed. 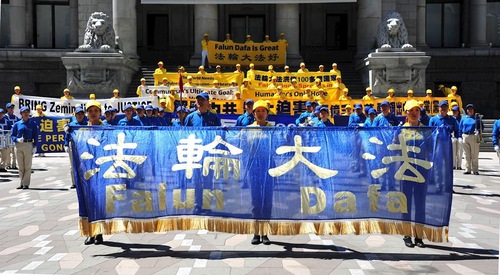 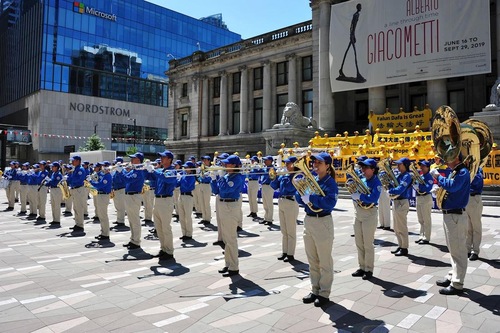 The event was well-attended. Member of Parliament (MP) Judy A. Sgro; Alex Neve, Secretary General of Amnesty International Canada; former MP Sven Robinson; and others sent letters of support. Many people stopped and took photos of the rally. 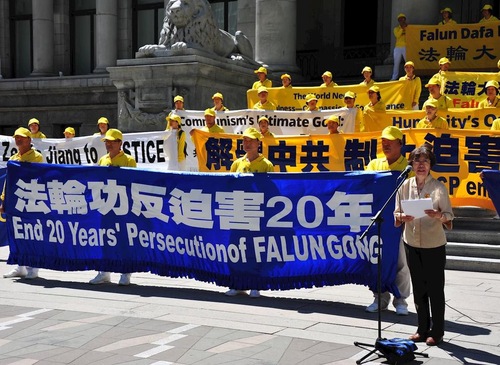 Practitioner Su Zhang read out the statement from the Canada Falun Dafa Association. 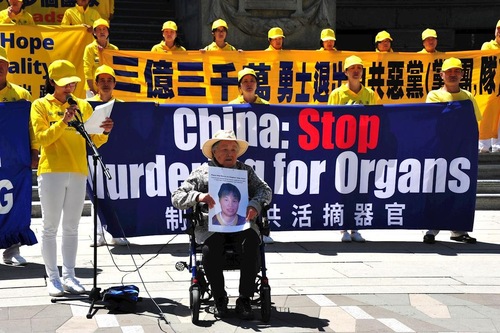 A 92-year-old Vancouver resident calls for the rescue of her daughter Yang Jinyan, a Falun Gong practitioner being detained in China for her belief. 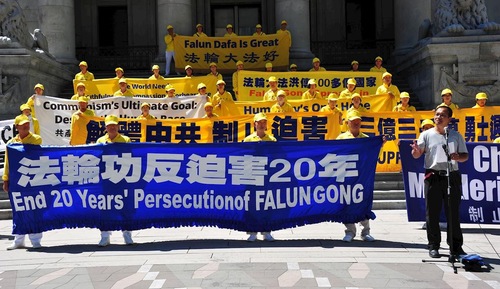 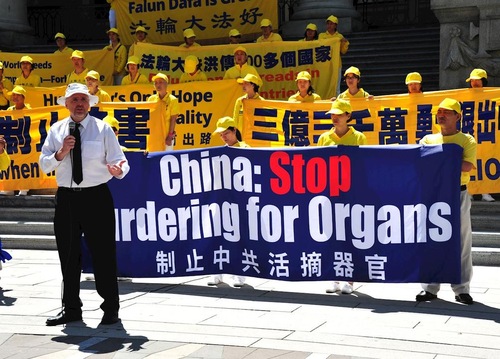 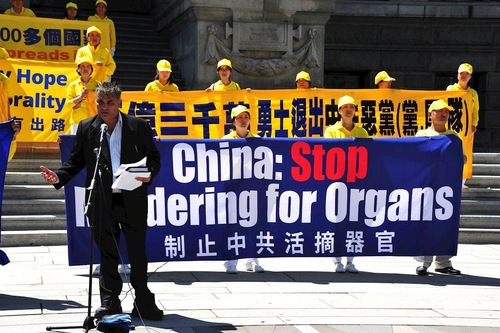 After the rally, practitioners held a parade through downtown Vancouver. It was Saturday, and many people lined the streets to watch the procession. Onlookers accepted Falun Gong fliers, took photos or videos, and greeted the practitioners. 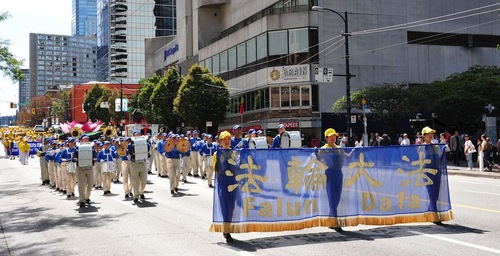 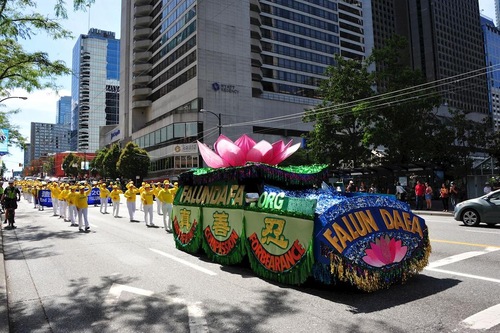 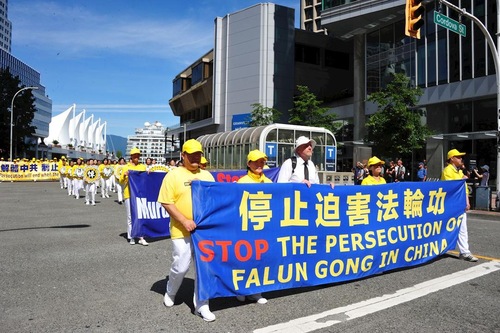 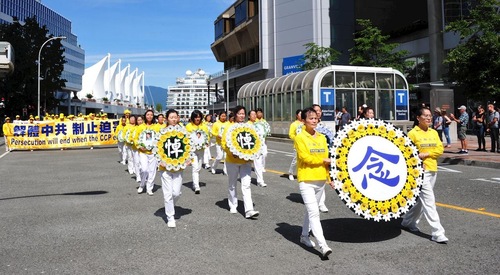 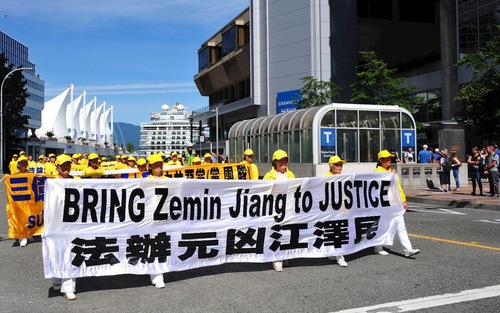 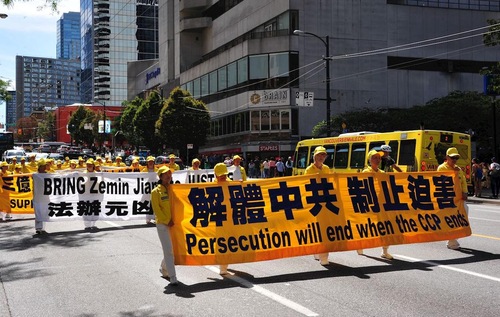 Practitioners held a parade in downtown Vancouver on July 20 to commemorate those who died as a result of the persecution in China.

Falun Gong practitioners had a rally in downtown Las Vegas on July 19. Some held banners, while others demonstrated the sitting meditation.

Las Vegas is a popular tourist attraction and many people were enjoying the cool evening. Practitioners distributed fliers and told people about the CCP’s persecution, especially the live organ harvesting. Some Chinese tourists took photos and videos. Twenty-two Chinese tourists agreed to quit their memberships in the CCP and its affiliated organizations. 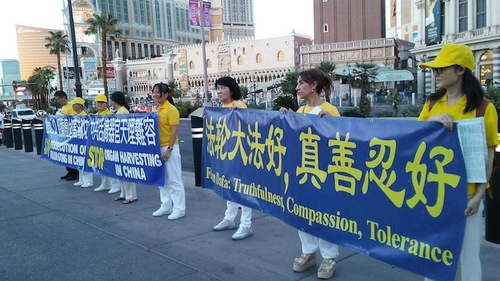 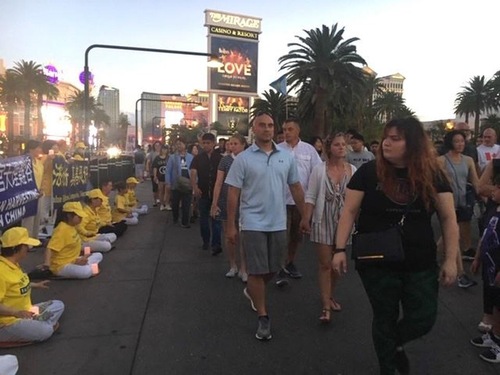 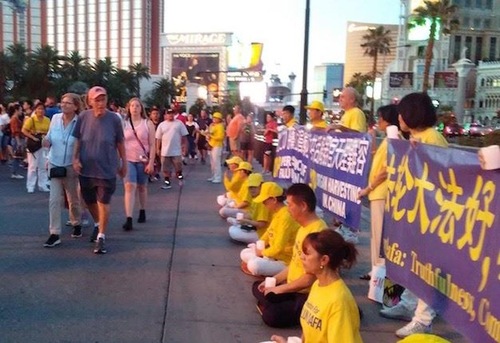 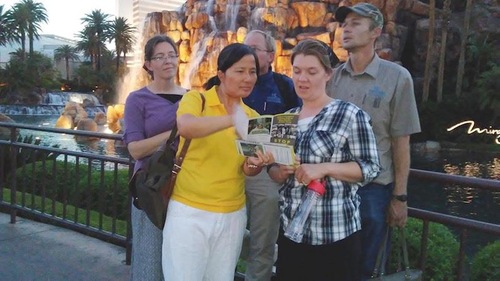 Passersby stop to watch the rally on July 19. 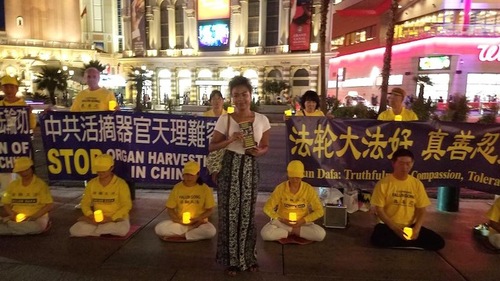 Shakera, an undergraduate student from San Antonio, has her photo taken in front of the banner. She was saddened to learn about the CCP’s live organ harvesting from practitioners. 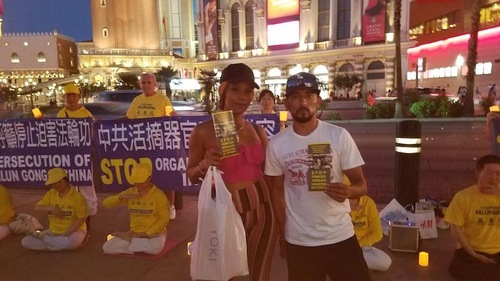 Joannna and her husband from Los Angeles stopped to learn about the persecution and had their photo taken in front of the banner.

Falun Gong practitioners held activities on a busy street near popular Waikiki Beach on July 20, 2019. Some held banners, others distributed fliers and talked with passersby about the persecution, while others demonstrated the Falun Gong exercises. 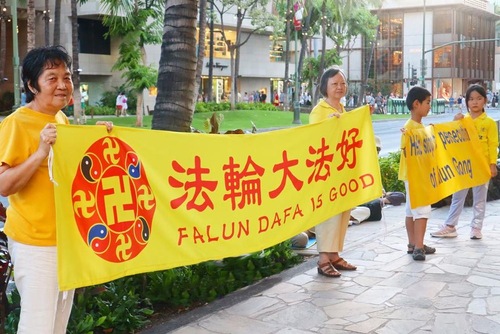 Practitioners from Hawaii hold banners on a busy street near Waikiki Beach, a famous tourist attraction. 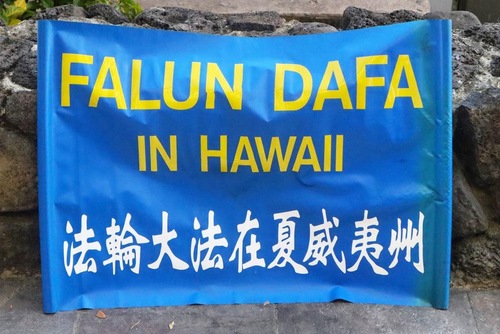 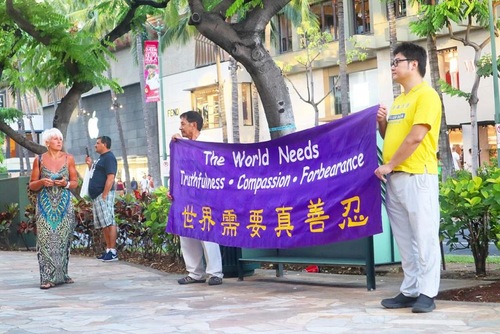 A passerby stops to read the banner. 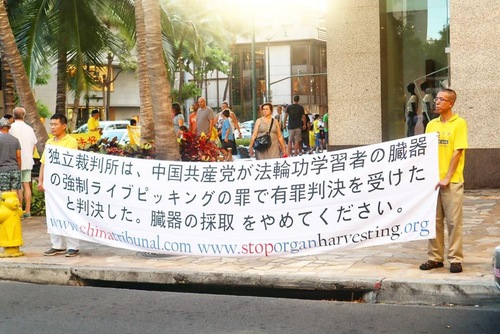 Practitioners hold a banner in Japanese in the business district popular with Japanese tourists. 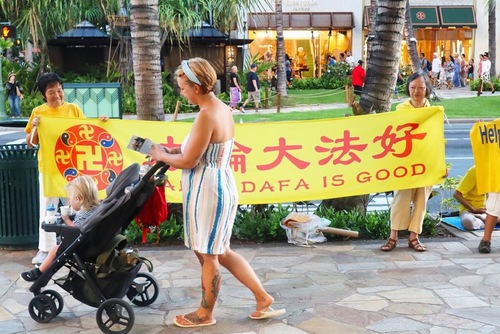 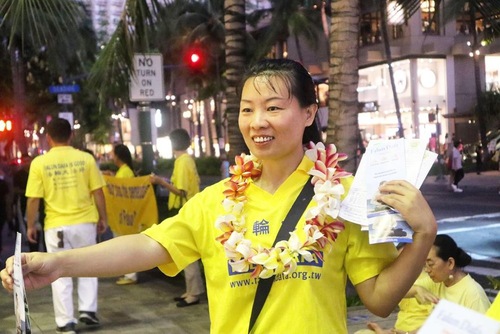 A practitioner distributes fliers to passersby. 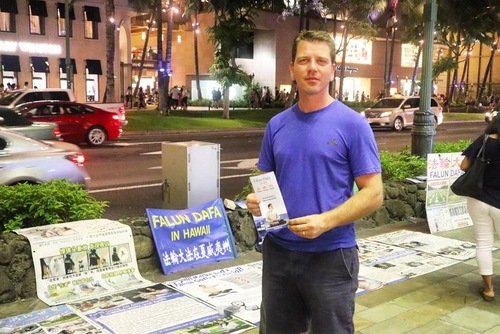 Milton, a tourist from Brazil, has his photo taken in front of the banner. 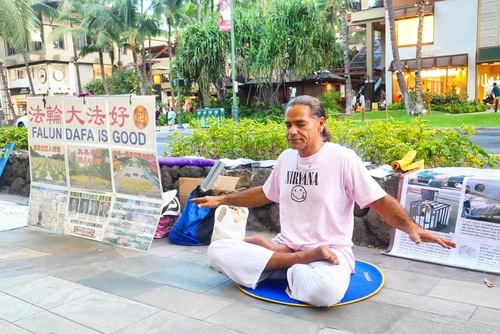 “Hong Kong: Falun Gong Rally and Parade Calls for Bringing the Culprits of the Persecution to Justice”