(Minghui.org) Falun Dafa practitioners in Korea held press conferences outside the Chinese embassy in Seoul, and the Chinese consulate offices in Busan and Gwangju on April 25, 2019, to commemorate the peaceful appeal in Beijing 20 years ago. On that day, approximately 10,000 Falun Gong practitioners traveled to Beijing to appeal to the communist regime's leadership after practitioners in Tianjin were illegally arrested for their belief. 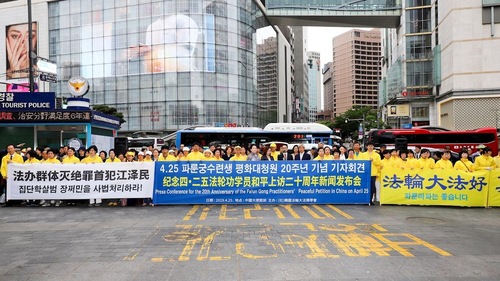 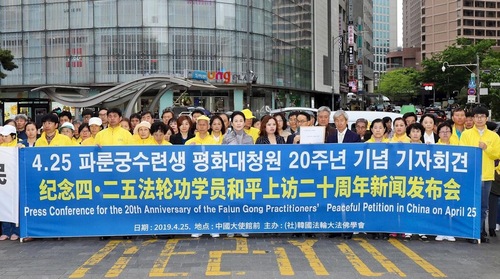 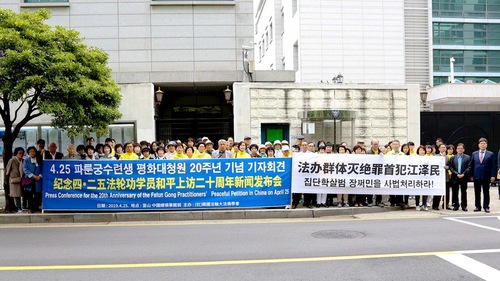 Practitioners held a press conference outside the Chinese consulate office in Busan. 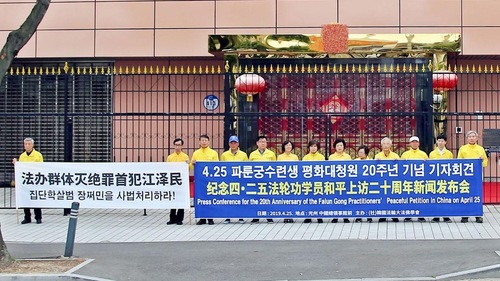 Practitioners held a press conference outside the Chinese consulate office in Gwangju.

Mr. Yu, a Korean practitioner, took part in the appeal 20 years ago. He said, “When I learned practitioners were arrested, I thought it must be a misunderstanding. I felt that the government does not know the truth about Falun Dafa. I had to go to Beijing to explain things to them.”

“When I arrived, many practitioners were already there. Although we didn't know each other everyone was considerate. The appeal was very peaceful and no one shouted slogans. Later, when we were told the authorities had released the detained practitioners everyone left quietly.”

Mr. Yu was arrested and detained in October 2000 at the Longshan brainwashing class in Shenyang for handing out information about Falun Dafa. The police officer who arrested him said that he had also been at the appeal, “There were tens of thousands of people at the appeal. No one smoked and when practitioners left, there was not a scrap of rubbish on the ground. I know you are good people.”

Ms. Cui is now in her 70s and began to practice Falun Dafa in 1994. She recalled that historic day and said, “When I learned that practitioners were arrested in Tianjin, I felt wronged. We simply wanted to be good citizens. I couldn't understand why we were treated unfairly. The Chinese constitution clearly states that people have the right to freedom of belief. All we asked was to practice Falun Dafa freely. Many people who were diagnosed with incurable diseases got a new lease on life through practicing Dafa. How could we not speak up when there was misinformation about Dafa?”

Korean Practitioners Touched by the Courage of Those Who Appealed 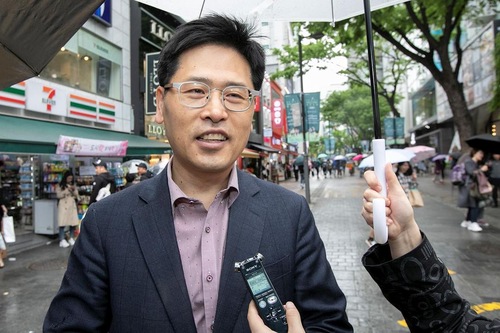 Mr. Zheng feels the historic day should always be commemorated.

Mr. Zheng began practicing Falun Dafa in 2004. Over the years he has attended more than twelve events commemorating the April 25 appeal. He said, “It's astonishing that a group of people chose to use peaceful means to solve a problem in a repressed society like China. We should respect and remember this historic moment.” 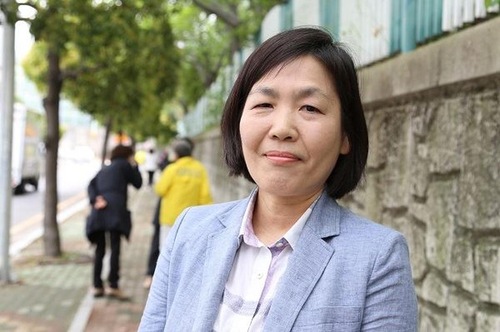 During the press conference, Ms. Quan, a Korean practitioner, said, “Falun Dafa taught me the true value and meaning of one's existence.” She feels that the Chinese Communist Party continues to spread many lies to demonize Falun Dafa overseas. The peaceful April 25 appeal is strong evidence against these lies. 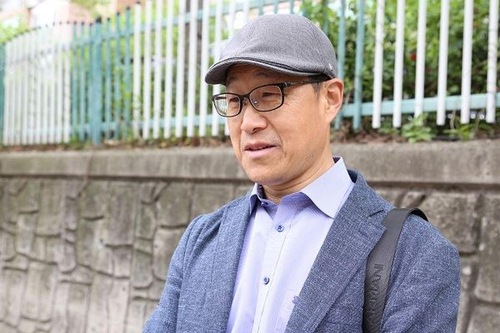 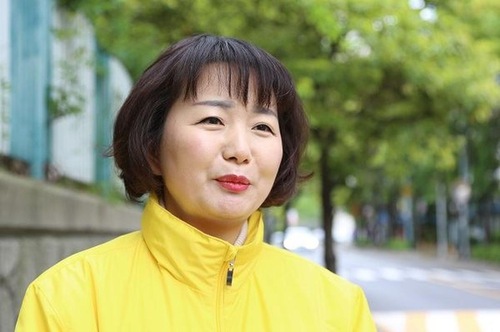 Korean practitioner Ms. Jin is deeply moved when she recalls the courage of those who participated in the appeal 20 years ago.

Ms. Jin who is from Ulsan said, “Although I was not present at the historic appeal, whenever I think of their courage and sincerity, I'm so touched I cannot help but shed tears. I hope this persecution will end soon.”

“Events in Brazil: Remembering Those Who Have Died During the Persecution of Falun Gong”