(Minghui.org) A Yanshou County, Heilongjiang Province resident was arrested in August 2018 for her faith in Falun Gong. The police seized 58,000 yuan from her while ransacking her home and now refused to return it.

Falun Gong, also known as Falun Dafa, is a mind-body improvement practice that has been persecuted by the Chinese communist regime since 1999.

Ms. Luo Caisen's family went to the police station several times following her arrest to demand officers Li Zhiguo and Gao Jianping to return the money confiscated from her home. 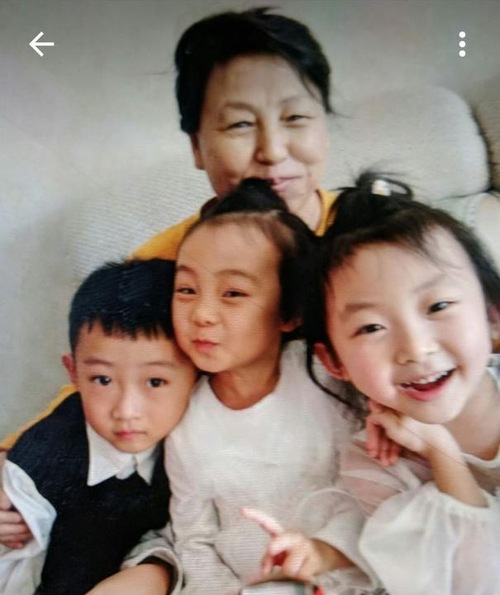 Ms. Luo with her grandchildren

Officer Gao initially claimed that the money was part of the prosecution evidence and that they could only return it after Ms. Luo's court trial.

When talking to Ms. Luo's lawyer and her family, the judge at Acheng Court made it very clear that the money confiscated by the police had nothing to do with the case.

As Ms. Luo's son needs the money for his family business, he found officer Gao after her court hearing on December 7, 2018 and asked for the money again.

This time, Gao said that they would return the money after the judge issues the verdict.

It was recently confirmed that Ms. Luo has been sentenced to 1.5 years in prison for not renouncing her faith, but the police still haven't returned the money to her family.