(Minghui.org) Ms. Xie Yu never showed up when her family traveled a long distance to pick her up on the last day of her prison term.

The missing 32-year-old woman was scheduled for release on January 25, 2019 after finishing serving two years for distributing materials about Falun Gong, a spiritual discipline that has been persecuted by the Chinese communist regime since 1999.

When her grandparents in their 80s, her parents and other relatives went to the Haizhu District Detention Center in Guangzhou City, Guangdong Province on January 25, they were told that she wasn't there anymore. The detention center refused to reveal where she'd gone. 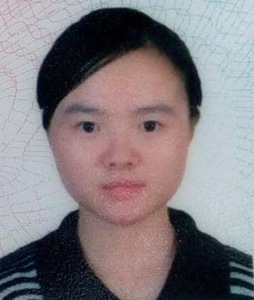 Ms. Xie's family later learned from sources that Guangzhou police had taken her to a local brainwashing center because she still refused to renounce her faith upon finishing her prison term. At the time of writing, her family still hasn't been able to pinpoint which brainwashing center she is being held at.

Ms. Xie, a native of Hunan Province, landed a high-paying job in Guangzhou, about 450 miles away from her hometown, after graduating college. She was arrested on January 26, 2017 after being monitored by the police for months for distributing Falun Gong informational materials. Her arrest was approved by the Haizhu District Procuratorate on March 3.

Ms. Xie appeared in the Haizhu District Court on September 19, 2017 and again on January 24, 2018. Her two lawyers entered a not guilty plea for her. The judge sentenced Ms. Xie to two years in prison on August 10, 2018. She was ordered to serve time at the Haizhu District Detention Center, where she had been held since her arrest.

“Doing the Second Exercise for One Hour”