Elderly Man Dies After Repeated Arrests and Incarceration for His Faith

(Minghui.org) A resident of Mianyang City, Sichuan Province passed away one year after he was released from a 1.5-year prison term for his faith in Falun Gong, an ancient spiritual and meditation discipline that has been persecuted by the Chinese communist regime since 1999. 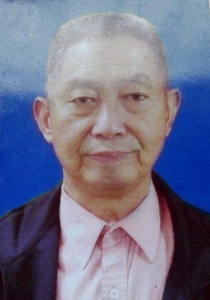 Mr. Wang Huaifu was arrested on December 10, 2016 for distributing informational calendars about Falun Gong. He appeared in Youxian District Court on March 10, 2017 and was later sentenced to 1.5 years with a 2,000 yuan fine.

Mr. Wang was already in poor health when he was admitted to Jiazhou Prison on August 25, 2017. He was twice hospitalized for a total of four months during his imprisonment.

During the four months that he was held at the prison hospital, he was given IV injections of unknown drugs every day, which didn’t stop until four days before his release. The authorities also took his blood samples more than twenty times for unknown reasons.

In between his two hospitalizations, he was taken back to the prison to be abused. Even though he coughed up blood and his health deteriorated over time, he was still forced to do unpaid labor until he had to be rushed to the hospital again.

Mr. Wang, a retiree of the grain supply center in Mianyang, began to practice Falun Gong in April 1998. He credited the practice for improving his health and enabling him to be a more peaceful person.

Because of not renouncing his faith, he was given one year of forced labor and sentenced to prison three times for a total of 7.5 years.

One Year of Forced Labor

Mr. Wang was first arrested on September 28, 2003 at his workplace. He was given one year at Xinhua Forced Labor Camp in Mianyang City.

While living away from home to avoid the persecution, Mr. Wang was arrested again on May 23, 2007. He was tried by Youxian District Court on November 12, 2007 and sentenced to three years.

The inmates at Guangyuan Prison beat and slapped him in the face upon finding him with Falun Gong teachings.

The guards instructed the inmates to torture him and claimed that they could “just cremate him if he dies.”

The inmates deprived him of sleep for two days. They forced him to sit on a small stool and verbally abused him. One inmate also grabbed his head and hit it against the wall.

Only two months after Mr. Wang was released from prison on May 22, 2010, he was arrested again and held at Chaoyang Brainwashing Center for two months.

Mr. Wang was arrested for the fourth time on June 13, 2011 while talking to people about Falun Gong. He was sent to Mianyang Detention Center that evening.

He was subjected to various forms of abuse and forced to do unpaid labor at the detention center. The food he was given had mold on it.

Mr. Wang was later sentenced to another three-year term and taken to Wumaping Prison.

The guards forced him to stand or sit without moving for more than five hours every day. An inmate once slapped him in the face as he couldn’t follow the pace of the “goose step” training. He lost his hearing for a long time after that.

On another occasion, the guards forced him to sit under the scorching sun after he refused to sing songs praising the communist regime. That night, he was deprived of sleep and forced to sit for the entire night without moving. If he closed his eyes, the inmates would beat and verbally abuse him.

Although inmates older than 65 aren’t required to do the unpaid labor, Mr. Wang was still forced to do it. He became very weak and couldn’t walk steadily after long hours of intensive work. He couldn’t lift his arms and had pain all over his body. The guards also forced him to stand for hours if he couldn’t finish daily quota.

Less than a year after Mr. Wang was released, he was arrested one more time on March 6, 2015 after being reported for talking to people about Falun Gong on a bus. The police ransacked his home and interrogated him. He was detained for 15 days.

Mr. Wang was arrested again three months later on June 25, 2015 and held at Mianyang City Detention Center for another 15 days.

The police handcuffed his hands behind his back for ten minutes, leaving his hands severely swollen and injured.

Elderly Man Injected with Unknown Drugs and Beaten in Prison

Retiree from Sichuan Describes Being Tortured

“Germany: Many Sign the Petition Against Chinese Regime's Persecution of Falun Gong on Human Rights Day”