(Minghui.org) The Art of Zhen Shan Ren International Art Exhibition was on display for three days at Ohio State University (OSU) in Columbus, from October 30 to November 1, 2019.

OSU has the largest campus in the nation and boasts more than 3,000 international students from China. Many students, academic staff, and visitors attended the exhibition, which was held on the first floor of the landmark Ohio Union building.

The Falun Dafa Practice Group of OSU, a student group on campus, hosted The Art of Zhen Shan Ren so that more people could learn about Falun Dafa and the ongoing persecution of the practice in China. The artworks display the beauty of Falun Dafa's principles, Truthfulness-Compassion-Forbearance, and practitioners' unyielding spirit in face of the Chinese Communist Party's (CCP) brutal persecution. 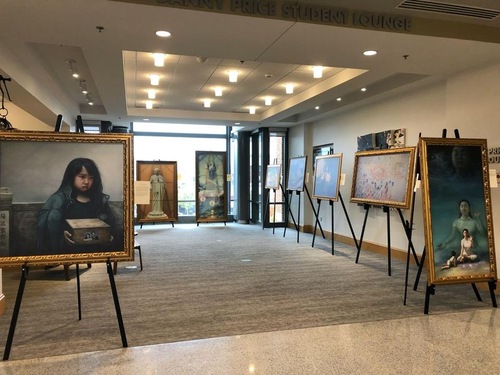 Visitors to the art exhibition were deeply impressed with Falun Gong practitioners' peaceful resistance to the persecution over the past 20 years.

The Lantern, a university newspaper, published a feature report on October 30 about the exhibition, titled “International Exhibition Celebrates Strength in Face of Oppression.”

The author, Mackenzie Shanklin, opened the article with a vivid description of one of the paintings, which depicts the persecution in China:

“A small boy looks through jail bars with blood splattered across his white and blue striped shirt. He has a solemn look on his face as he stands grasping the bars. The boy's mother lays on the floor behind him in a pool of blood constrained by chains around her feet.”

Shanklin also quoted the exhibition organizers in her article:

“'All of the artists showcased in the exhibition practice Falun Dafa, also known as Falun Gong, a spiritual self-cultivation practice' said Gary Sung, a first-year student in electrical engineering and president of the Falun Dafa Practice Group.” 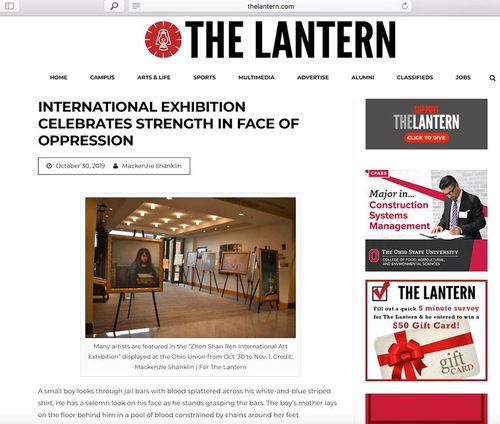 Screenshot of a news report on the art exhibition in The Lantern, a university newspaper. 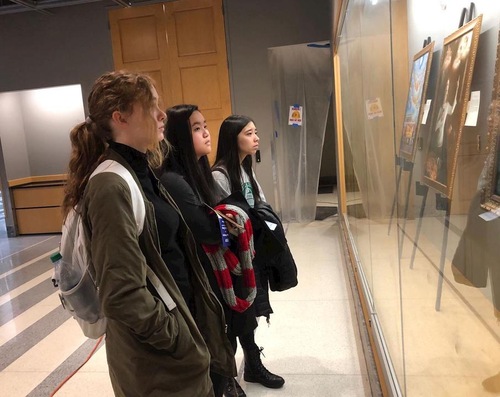 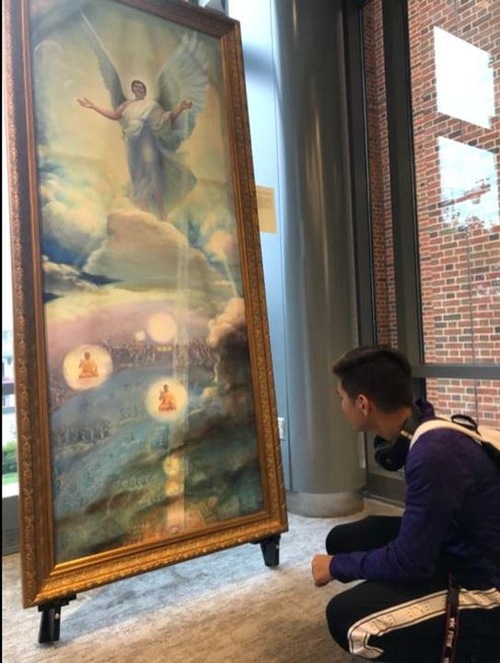 Students read the introductions to the paintings. 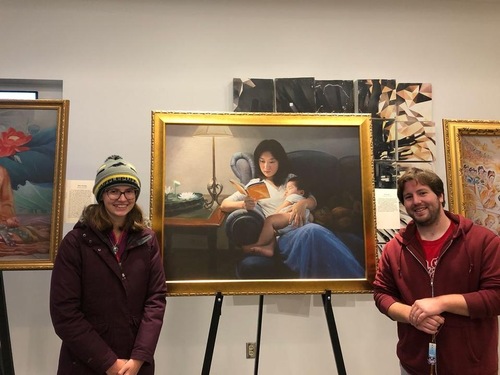 Students have their picture taken in front of the artwork.

Many students, faculty, staff, and visitors attended the exhibition. Visitors could watch an introductory video before they entered the exhibition hall, and each painting was accompanied by a detailed explanation of what the artwork depicted.

A student from Tibet was very impressed by the artworks, and remarked, “The exhibition is superb!”

A young couple were celebrating their two-year anniversary and decided to attend the art exhibition. “This exhibition is so significant,” they said.

Residents from a nursing home in Columbus made a special trip to see The Art of Zhen Shan Ren. Many of them became interested in learning Falun Dafa after viewing the works and invited practitioners to come teach the Falun Dafa exercises at their nursing home. 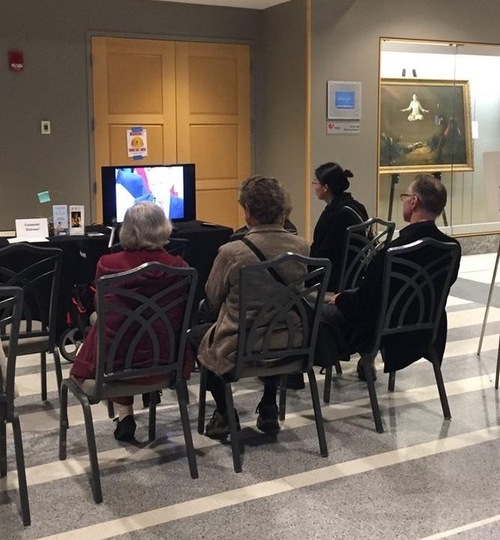 Visitors watch an introductory video prior to viewing the exhibit.

Eric, a postdoctoral student at OSU, said he was shocked by the CCP's brutality against freedom of belief. He said the US Government and other countries should pressure China to stop the persecution of Falun Dafa and other suppressed groups. 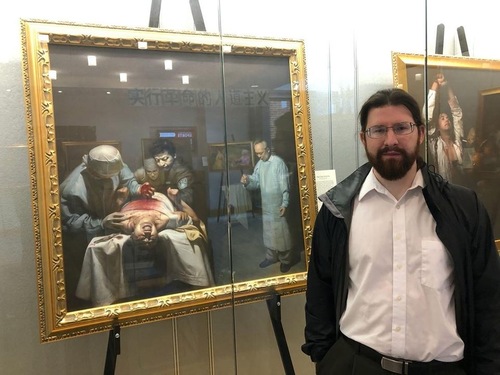 Eric, a postdoctoral student at OSU, at the art exhibition.

Djaweb, another postdoctoral student, came to see the exhibition because his friend had seen it and told him about it. He said he had learned three things at the exhibition. He said he learned about Falun Gong, and every painting made him want to learn more about this spiritual belief. He also learned about the persecution of Falun Gong in China. And finally, he said he learned about the superb skill of the artists. He said more people should know about the persecution, and that the paintings were filled with touching energy. 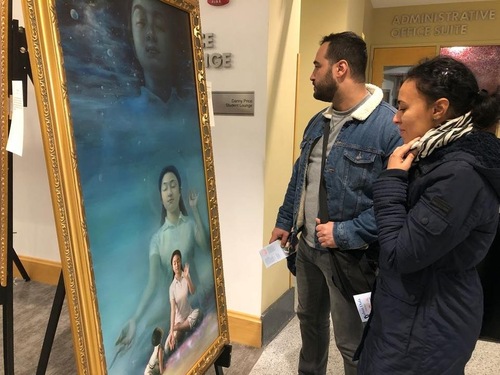 Djaweb (left) and his friend appreciate a painting.