(Minghui.org) The Shen Yun Symphony Orchestra concluded its 2019 season after presenting two concerts in Chicago and Boston on October 19 and October 25. 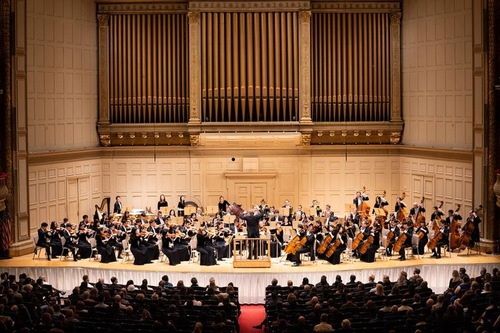 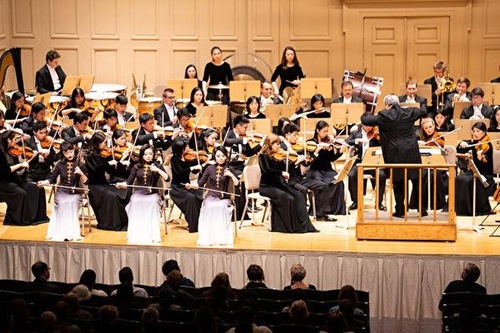 Shen Yun Symphony Orchestra presented the last concert of its 2019 season at Symphony Hall in Boston, Massachusetts, on October 25. Audience members cheered “Bravo!” after each piece. 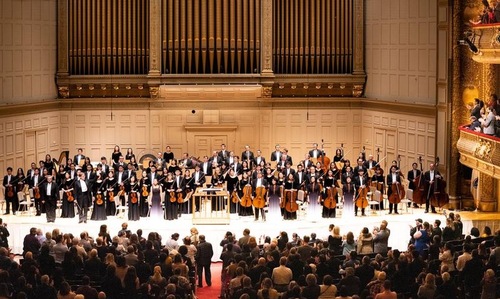 Standing ovation at the end of Shen Yun Symphony Orchestra's performance in Boston. 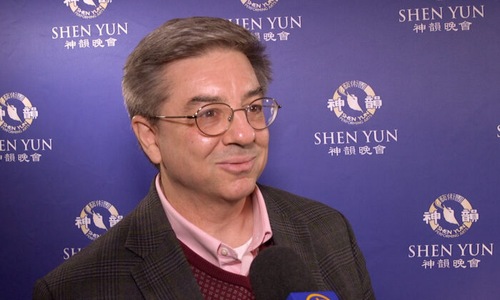 John Vishneski, a conductor and clarinet player, said, “It moved me... There was power, there was beauty. It was like poetry, but with instruments.

“I got a wonderful feeling from the combination of the Chinese instruments [with Western instruments] and especially the percussion. That blended very nicely with the Western orchestra.

“I really enjoyed the way the Western orchestra was blended with the pipa and the erhu. It was just fantastic, really enjoyable.

“[The two conductors] really connected with the orchestra... It was just magnificent, I loved it,” Mr. Vishneski said.

“Makes You Feel Good to Be Alive” 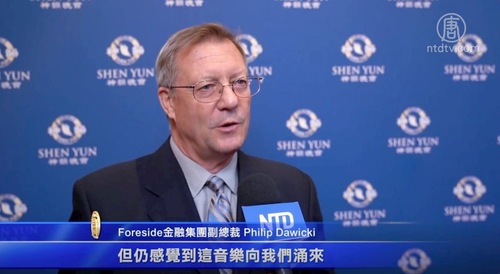 Phil Dawicki, vice president for a financial services firm, said at the Shen Yun Symphony Orchestra concert in Boston on October 25, “Just makes you feel good to be alive.”

Phil Dawicki, vice president for a financial services firm, said, after hearing the Shen Yun Symphony Orchestra concert at Symphony Hall, Boston on October 25, 2019, “It was wonderful; it was fantastic.”

“It was airy and brought you up, and was very exciting.

“They’re amazing... Not only the precision but the way the music lifts. It comes out to the audience. It’s very dynamic.

“There were so many strings that were playing and they had layers of music that would hit you in waves.

“It’s definitely lots of energy... It was like air coming at you, with sound, and sort of uplifting just makes you feel good to be alive,” Mr. Dawicki said. 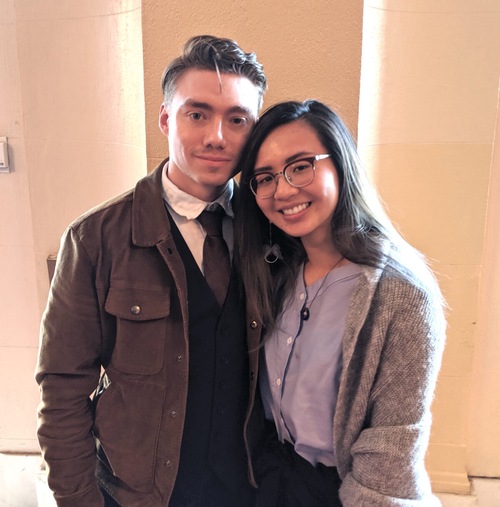 Ms. Pham and Mr. Nicholas at the Chicago Symphony Center on October 19, 2019.

“It was illuminating. It was breathtaking,” she said.

She also added that she found it interesting how the musicians knew “the intricacies and nuances of Eastern music,” and how the music was blended.

Mr. Nicholas, who accompanied her to the concert, said, “[It] lifts your spirit.

“Unlike a lot of the music that our generation probably listens to, there’s something very special about symphonies in general, and this orchestra in particular. You can feel the movements in your spirit... It’s beautiful. Takes your spirit on a journey,” he said. 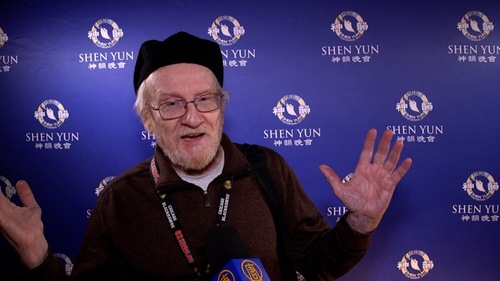 “I’ve listened to a lot of music, and what I heard was truly amazing. The violin solo is absolute perfection. The conductors were excellent. The music director out of New York really put together a show, and the concertmaster is very good,” said Mr. Estka.

“[In the ‘Ties of Affection, the Tao of Destiny’ piece], the general stabs his daughter, and the divinity [manifests] in the statue, bringing her to life; it brought tears to my eyes. That’s how good that was,” he said.

“We're Smiling Throughout the Entire Performance” 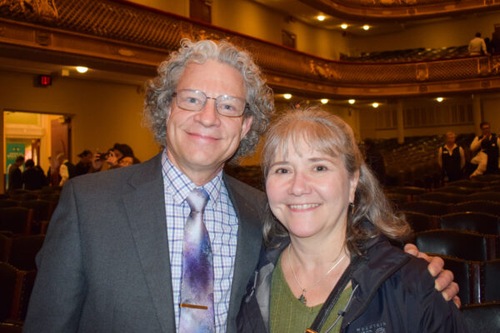 “Between the sounds and the conductors’ animation, it was just so entertaining. The ears are just enjoying the sounds, and we’re smiling throughout the entire performance, it’s beautiful,” Mrs. Prentiss said.

“I was absolutely amazed. On ‘The Bartered Bride’ there was a whole section that was 64th notes, and I was saying that section would have been so easy to get muddy if they weren’t exactly in sync and it was really well done... It’s just one of the places where it’s just so obvious how good they were,” said Mr. Prentiss, an engineer. 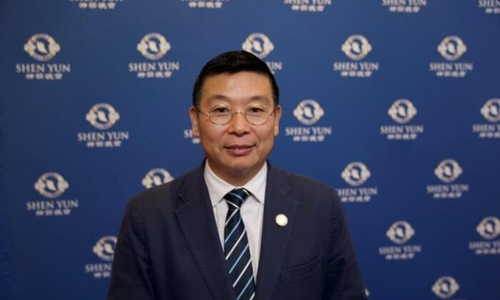 Yang Jianli, a human right activist, missed Shen Yun Symphony Orchestra's concert in Washington, so he flew to Boston on a free afternoon to catch the performance at Symphony Hall on October 25, 2019.

“I flew in from Washington, DC especially to see Shen Yun Symphony Orchestra. This is my first time hearing the orchestra though I’ve seen Shen Yun [Performing Arts],” said Mr. Yang, who would be flying out in the morning.

“The quality is so impressive, and a lot of the original pieces have Chinese cultural meaning behind them.

“See, when the Chinese Communist Party took over the nation, they did tremendous damage to China’s traditional culture... At the same time, they damaged people’s ability to feel, aspire to, and seek out beauty.

“But here, I feel that beauty... You can hear truth, beauty, and goodness in the music, very clearly,” he said.

“Cherishing My Role in the Tian Guo Marching Band”