(Minghui.org) A resident in Jiangmen City, Guangdong Province was sentenced to eight years in prison and fined 30,000 yuan for spreading information about Falun Gong, a spiritual discipline that has been persecuted by the Chinese communist regime since 1999.

Mr. Wang Bin was arrested on May 22, 2017. His then-ten-year-old daughter was also taken away and held for several hours before a relative was called in to pick her up.

The police targeted Mr. Wang for his efforts to expose the persecution of Falun Gong – he distributed software to break through China's internet censorship and Nine Commentaries on the Communist Party (a book that reveals the bloody history of the regime); he helped people receive overseas TV programs with uncensored news about China; and he shared information about Falun Gong on China's most popular social media platform WeChat with Vivo and ZTE cellphones.

Mr. Wang appeared at Pengjiang District Court on April 10, 2018 and was sentenced to prison eight months later. At the time of writing, he remains at Jiangmen City Detention Center, where the guards once put a 30-inch long metal strip between his shackles and forced him to climb stairs with it, causing his feet to bleed badly. 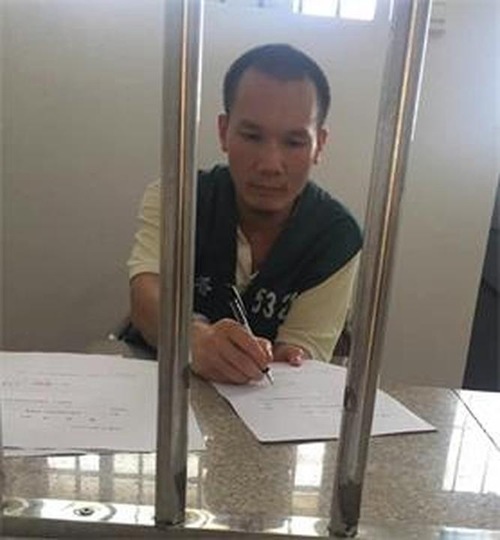 His wife, Ms. Liang Jiuyou, also a Falun Gong practitioner, has moved to Hong Kong to escape the persecution. She tried to apply for Hong Kong residency for her husband and daughter, but they were unable to obtain required documents from the Jiangmen government.

It was reported that the local 610 Office, an extralegal agency tasked with carrying out the persecution of Falun Gong, instructed relevant agencies to not issue the needed documents.

With Mr. Wang's arrest and imprisonment and Ms. Liang's inability to return home from Hong Kong, their 11-year-old has to live with her relatives. She spends most of her time at school and only comes back to her relatives' home to sleep at night. She is longing to reunite with her parents.

Wang Bin from Guangdong Province Detained for More Than One Year

“Letting Go of the Attachment to Life and Fear of Death, and Truly Cultivating to Overcome Sickness Karma”