Canberra, Australia: Rally to End the Persecution of Falun Gong 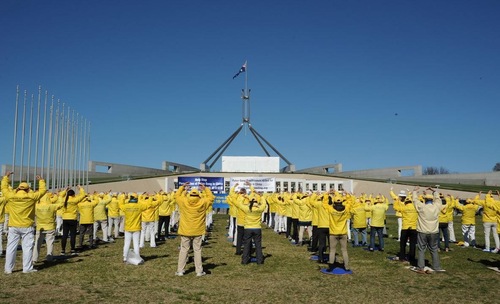 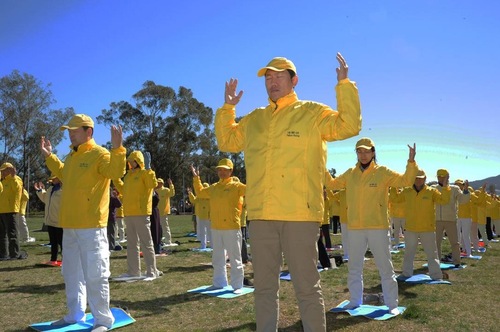 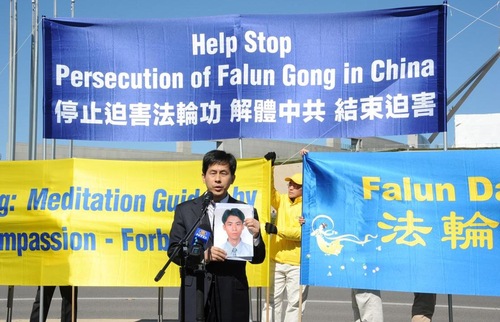 Dr. Wanqing Huang from New York speaking at the rally

Events to raise awareness were also held downtown, including the Art of Zhen, Shan, Ren International Exhibition; a screening of documentary films exposing the CCP persecution of Falun Gong; and practitioners distributing flyers at information stands. 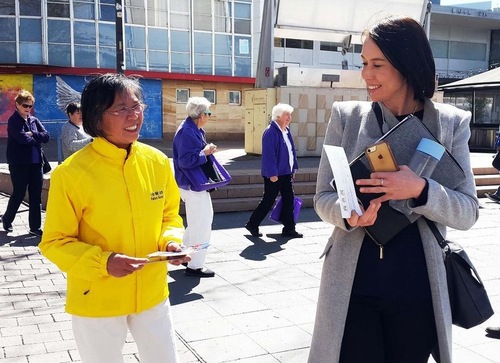 Ms. Lucy Zhao, Director of the Falun Dafa Association of Australia, said in her speech: “This tribulation began in July 1999. Since then, thousands of Falun Gong practitioners have been arrested and imprisoned and incarcerated in forced labor camps and mental health facilities. They are shocked with electric batons and injected with unknown drugs that damage the central nervous system, just two examples of the many kinds of torture they are subjected to. 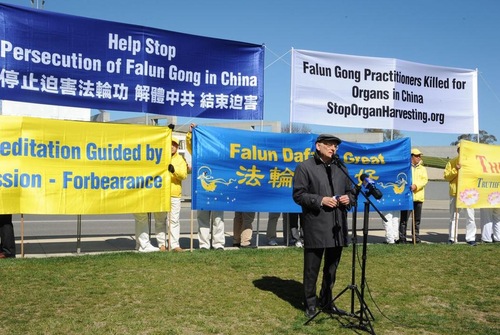 David Matas, a renowned human rights attorney, has been to Australia several times. He made a proposal to the Australian government and Members of Parliament (MP): Face the evidence of the CCP's live organ harvesting and pass a law to avoid becoming a CCP accomplice.

He said at the rally, “Traveling across the world, we don't just want to tell people about our findings on the CCP's live organ harvesting, but also to establish mechanisms to stop and correct it so that such atrocities do not continue.”

He said he hoped that Australia could change and pass legislation to avoid complicity. In talks with government officials, lawyers, and the medical community, he has shared the progress of his research and let them know that the atrocities are still going on. 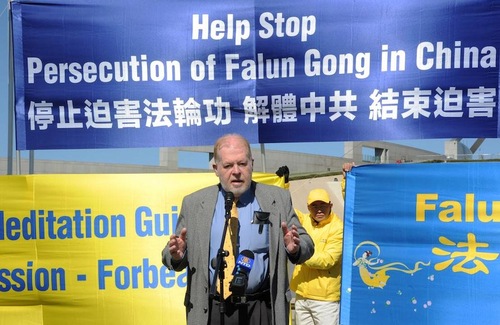 Australian human rights activist Andrew Bush said, “Over the years, Falun Gong practitioners have held activities all over Australia. I have participated in some of these events. These activities are absolutely significant and moving.

One woman at the rally said, “I see them in their yellow shirts, holding banners and practicing in community parks. I can feel their inner peace and silent power. They all try to be good people and do what they can to touch the people around them. 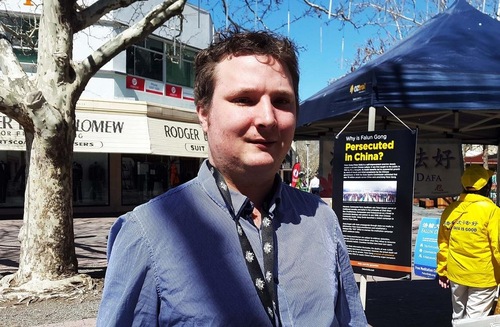 David Johnson saw a Falun Gong stand in the city and stopped to say, “I heard about Falun Gong, the genocide, and the organ harvesting long ago. As a loyal reader of the English Epoch Times newspaper and website, I read a lot about this.

“Because Falun Gong practitioners have done so much work to let people know the facts, many Australians support Falun Gong and object to the persecution. I've talked to my friends, and they are also concerned about the persecution of Falun Gong.”

Government Employee: I Completely Support You

Karen, a government employee in the parliament building, said, “I know Falun Gong. I fully support your cause. Falun Gong practitioners are brave enough to express their demands. The way you petition is very peaceful and admirable. So I want to congratulate you. You will definitely have a wonderful outcome.

“I think the Australian government should give you more support, though I don't know what kind of help they can provide. I will let more people know it because this persecution is obviously unjust. Everyone should have the freedom to practice his belief and the freedom to express his own thoughts.”