(Minghui.org) Community events offer a good opportunity for volunteers from the Falun Gong group to raise awareness about this ancient meditation and the persecution of the practice in China. The following are reports from events in Minnesota and Virginia.

There is a busy farmers market in St. Paul, Minnesota, every weekend in the summer. For the past several years, Falun Gong practitioners have been coming here to demonstrate the exercises and offer free instruction. 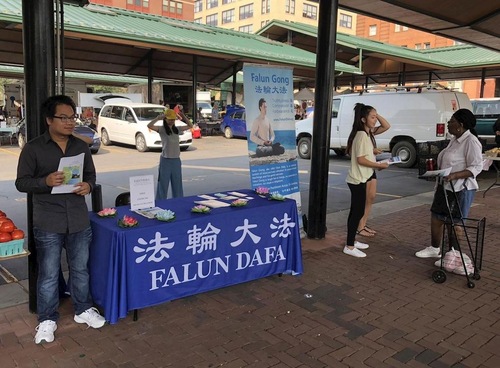 Falun Gong practitioners in Minnesota set up a booth at a farmers market and introduce Falun Gong.

In the first two weekends of August, their booth was especially busy, and many people stopped to ask questions and take Falun Gong flyers.

A yoga instructor and several other ladies were very interested in attending a regular practice site. A practitioner gave them a flyer with a map of all the practice sites in the area.

A man said, “I know Falun Gong is not allowed in China.” He said his wife is Chinese and his parents-in-law used to be university professors in China. The Chinese Communist Party (CCP) persecuted them during the Cultural Revolution, forcing them to live in a rural area for a long time.

A practitioner explained that Falun Gong was persecuted by the CCP due to its widespread popularity. She told him about the health benefits of the practice and he said he would try it out.

Another man said he had seen a video online about the persecution of Falun Gong in China. He said it made him sad to see how those good people were suffering for their belief.

As August 14 is Pakistan's Independence Day, a Pakistan Festival was held on August 18 in a park in Northern Virginia. Falun Gong practitioners held a booth at the event to introduce Falun Gong and raise awareness about the persecution in China.

Many people watched the exercise demonstration and several joined in to learn the movements. A woman said the exercises were very relaxing and that she would attend a group practice site on the following Saturday. 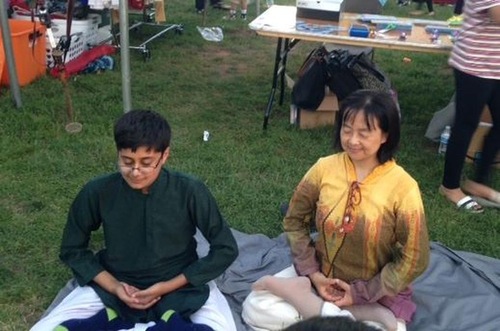 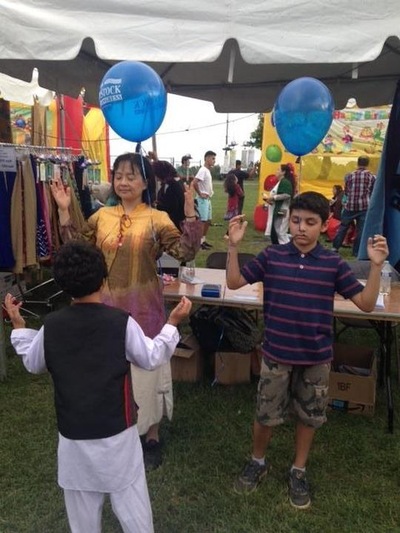 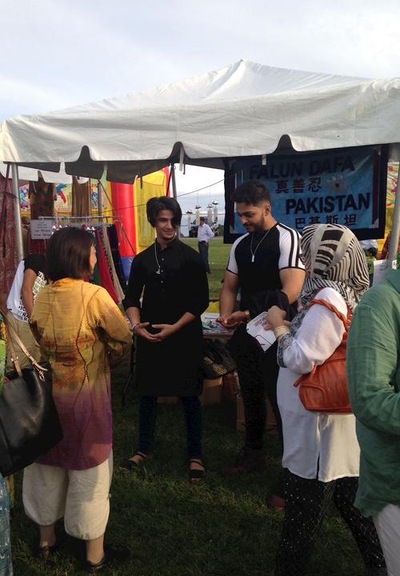 Falun Gong practitioners demonstrate and teach the exercises at the Pakistan Festival in Northern Virginia.

Local officials were invited to participate in the event. Congresswoman Barbara Jean Comstock of Virginia came to the Falun Gong booth and took a group photo with the practitioners. She said that she would continue to support Falun Gong in their efforts to end the persecution in China. 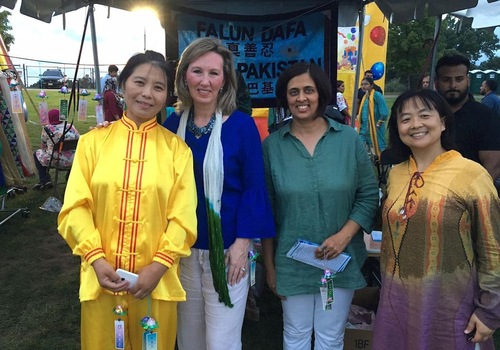 “The Horrors of Benxi Prison”