(Minghui.org) Today's news from China includes incidents of persecution that took place in 7 cities or counties in 4 provinces. According to this report, 6 Falun Gong practitioners were subjected to mistreatment during their detention, and at least 7 were illegally arrested. 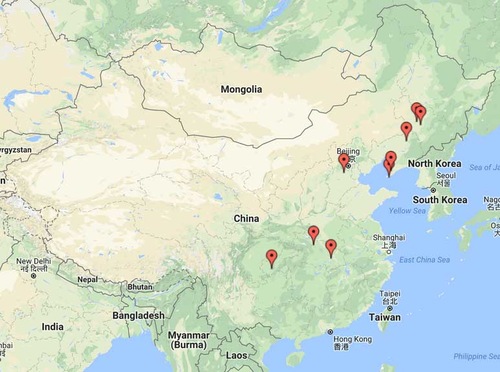 Mr. Kang's family went to the prison to visit him in March 2018, but he was not there. They learned that Mr. Kang had been transferred to a facility in the Liziba area. No more details about his situation are known.

Ms. Wei Yanhua was arrested on the morning of April 3, 2018, for talking to people on a bus about Falun Gong. She was taken to a detention center after having been held in a lockup center for 14 days.

Ms. Xu Changlan was arrested by officers from the Xinghua Police Station on April 2, 2018, while she was talking to people about Falun Gong.

Ms. Xu was held in the Dalian City Drug Rehabilitation Center for 15 days.

Ms. Gu Xiuhua, from Shihe Town in the Jinzhou District, was arrested by officers from the Paotai Police Station in Wafangdian City on the evening of March 18, 2018. She was forced to stand in a police station hallway for the entire night.

Ms. Gu was taken to the Sanshilipu Police Station the following day, where she was interrogated, threatened, and humiliated. The officers tortured her, attempting to extract a confession.

The officers then broke into her home and ransacked it. They confiscated her DVD burner, printer, computer, and Falun Dafa books. Ms. Gu was placed in criminal detention and taken to the Dalian City Detention Center.

Officers from the Tongxin Police Station, in the East Lake High-Tech Development Zone, broke into Ms. Fan Daozhen's home and arrested her on the afternoon of April 16, 2018.

Ms. Fan was taken to the Dongxihu No. 1 Detention Center.

Mr. Xie Fudong, 73, and his wife Ms. Wang Jianhua, 72, were arrested at their home by officers from the Nanjie Police Station in the Nanguan District on April 14, 2018. The officers ransacked the home and confiscated a computer, printer, and Falun Dafa books.

Mr. Xie was found to have high blood pressure, so he was released on bail after being forced to pay 8,000 yuan. Ms. Wang's whereabouts are unknown.

Mr. Zhang Zhaosen, a teacher at the Hubei University of Arts & Science, was arrested on May 15, 2015. He was secretly sentenced to a seven-year prison term.

Mr. Zhang is being held in the Xiangnan Prison, where he has been subjected to various forms of torture.

Ms. Zhao Lanying and Ms. Miao Surong from Dongmaying Township were arrested by officers from the Dongmaying Police Station on April 1, 2018. They were interrogated and taken to the Gaobeidian Detention Center, but were not accepted.

Both practitioners were released that evening.

“Raising Awareness of the April 25 Demonstration via Social Media”