(Minghui.org) A 38-year-old man in Jilin City, Jilin Province, is still reeling from the trauma he suffered during his imprisonment more than two years after he was released.

Mr. Liu Chengda was last arrested on May 16, 2012, for refusing to renounce Falun Gong, a spiritual discipline being persecuted by the Chinese communist regime. He was sentenced to 4 years in prison five months later. Prior to that, he had been given one year of forced labor in 2001 and five years in jail in 2007 for refusing to renounce his faith. 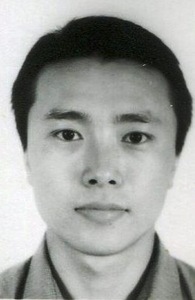 Mr. Liu's latest arrest took place in Hangzhou City, Zhejiang Province, where he was doing odd jobs to make a living. He was sent to Hangzhou Prison after he was convicted.

The guards at Hangzhou Prison tried hard to make Mr. Liu give up his belief in Falun Gong. He was forced to read and watch Falun Gong-defaming materials every day. He had to write down his thoughts afterward. He was often forced to stand still from dawn to dusk. Any slight movement would invite verbal abuse and beatings from inmates assigned to watch him.

Mr. Liu still refused to renounce his faith. The guards intensified their abuse and even threatened to arrest his elderly mother again. Mr. Liu's mother is also a Falun Gong practitioner who has been repeatedly arrested. She has served a total of 5.5 years in prison for her faith.

The physical torture and psychological manipulation became unbearable, and he eventually wrote a statement against his will to renounce Falun Gong.

He was released ahead of schedule in late 2015, but his family wasn't informed of his early release. Several agents from the Jilin City 610 Office flew to Hangzhou to pick him up. The 610 Office is an extra-legal agency tasked with eradicating Falun Gong and has the power to override the judicial system.

The agents lied, claiming that they had paid for Mr. Liu's flight ticket and would have to be reimbursed. Mr. Liu told them that the prison had bought his ticket and that he still had the receipt. The agents gave up their attempt to extort money from him, but they kept harassing him at home from time to time.

Every official visit and threat by the local authorities evoked Mr. Liu's memories of his imprisonment. He hasn't been able to live a normal life since his release more than two years ago.

Mr. Liu Chengda Arrested Again Just One Year after Being Released from Jail