(Minghui.org) The Truthfulness-Compassion-Forbearance Art Exhibit was on display at the state capitol of New Jersey on March 21-23.

Lawmakers, government staff, and visitors learned about Falun Gong and its persecution by the Communist Party in China through artworks painted by Falun Gong practitioners. 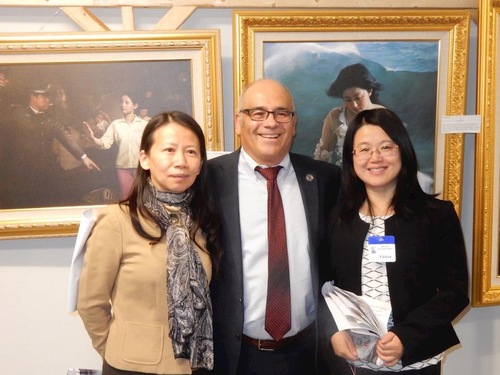 Assemblyman Reed Gusciora commented on the artworks’ “powerful message and paintings that really capture what is going on with China and rightful dissidents, such as Falun Gong or anyone who wants to practice religion or exercise free speech.

“The fact remains that this is a human rights issue. Every person in China should have their right to freedom of expression and movement and practice. So we support efforts to open the doors truly to China, to freedom and human rights,” Gusciora said. 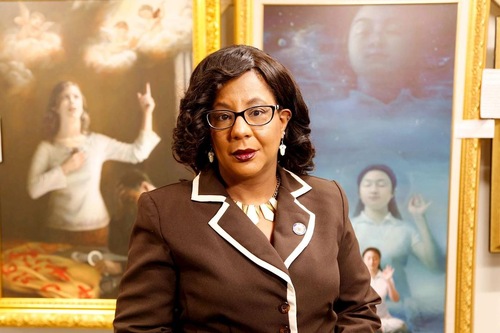 Assemblywoman Verlina Reynolds-Jackson said it was a “beautiful exhibit, but it’s hurtful at the same time for people that want to practice Falun Gong and to still be tortured this way.”

She pointed at a painting of a young girl with weights hanging from her neck and said it depicted “her willingness to sacrifice her life for something that she believes in.” 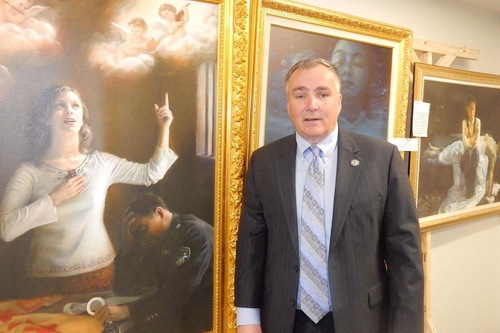 Assemblyman Harold Wirths said: “I don't like it happening anywhere in the world, and no, it should not be happening. Hopefully, it will stop sometime soon.” 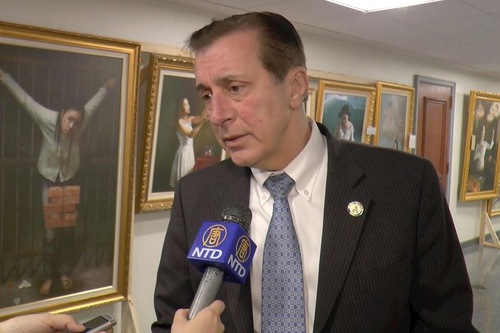 Assemblyman John Burzichelli said: “Art is a very, very powerful vehicle to tell a story. I see the personal touch that’s in each of these paintings. I wish more people could see it. I hope they’ll come back.” 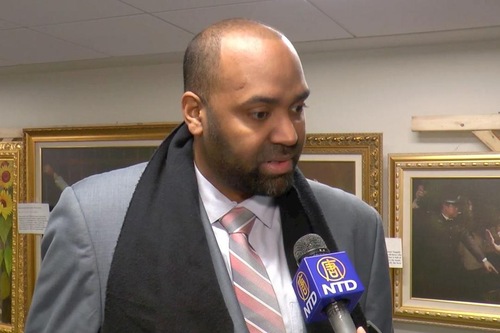 Assemblyman Arthur Barclay said, “As an art person … I wish I had more time to check it out in detail. It’s very, very nice work. Very great work.”

Since 2004, the Truthfulness-Compassion-Forbearance Art Exhibition has been displayed in more than 900 cities in more than 50 countries, including in North America, South America, Europe, Australia, and Asia.

““Our Village Has a Very Good Person!””